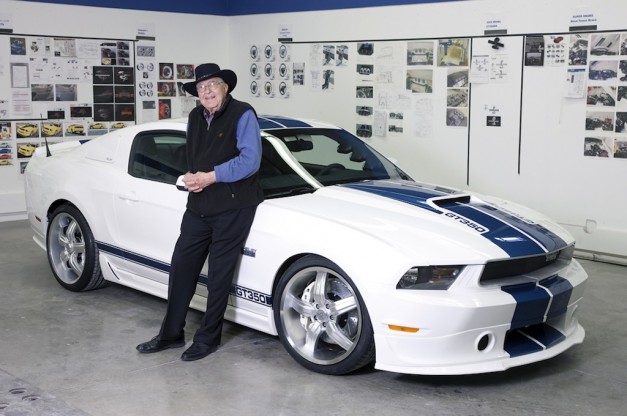 May 11 of this year will always be remembered as a dark and sad day by many car lovers around the world. It is no secret that Shelby cars have always been synonymous with performance and Caroll Shelby has been instrumental in the development of motorsports in the US of A. Carroll Shelby died  at the age of 89 yestearday. American muscle car lovers will agree that Shelby and Ford Mustang has been one of the most magical relations ever.

“Carroll is sort of like the car world’s Mickey Mantle or Willie Mays,” Jay Leno told The New York Times in 2003. “Unlike so many racers, he didn’t come from a rich family, so he signifies that Everyman, common-sense ideal. When I was a kid, American cars were big, clunky things, until Carroll used his ingenuity to make them compete with European cars.”

Carroll Shelby kick started his racing career in 1959 and he is the second American-born driver to win the famous 24 Hours of Le Mans in France. In 1962, he created Shelby America and it is said that Shelby started working on the high performance version of the Mustang in 1964. Later in 1965, the world greeted the Shelby Mustang  GT350. Shelby also created the GT500 and GT500KR. However, it is the Ford GT40 that has to be the masterpiece from Shelby.

We will always remember Caroll for creating America’s most iconic cars.