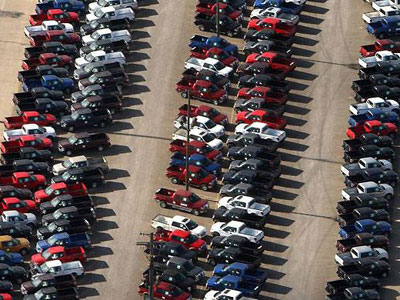 Some days back, we reported that the post budget prices for cars will come into effect from March and this is the right time to head to your future car’s dealer and buy the set of wheels before it becomes dearer. Now, news is that thanks to car prices slated to head north next month due to the increase in excise duties in the Union Budget 2011, the car sales have seen a substantial increase in March. Popular car manufacturers Tata Motors and Mahindra & Mahindra have both registered record car sales for this month. Indian car market king Maruti Suzuki and close rival Hyundai should also be seen enjoying a huge sales figure once they come out with their sales numbers. “Markets sentiments have improved since January with the pause in key policy rate hikes by the Central Bank. Moreover, sales of diesel cars also saw increased traction in the first half of the month on fears of an additional tax on such vehicles in the mid-March Budget announcement,” an industry executive said.

Riding high on this trend, super compact Tata Nano saw a personal best of sales of 10,475 units. M&M too saw an increase in the demand of its popular utility vehicles. Mr Pravin Shah, Chief Executive, Automotive Division, M&M said, “We are happy to have achieved a growth of 28 per cent in 2011-12 given the pressures the auto industry is facing.”Sales of Indian subsidiary of Jap car maker Toyota rose 87 per cent to 18,220 units! German luxury car maker Audi posted a 47% growth and sold 1,002 cars in March, which is almost equal to 1050 cars it sold in entire of 2008.