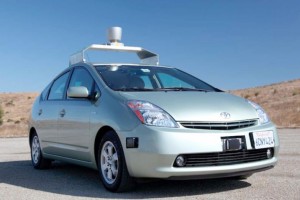 We have been reporting in detail about the developments related to Google Driverless Cars and the latest about these technological marvels is that California Governor has allowed the self operating cars to run on the Californian roads. The Governor of California tested a Google Driverlass car before legalizing it to run on streets of California. California becomes the second state to approve the usafe of Google Driverless cars, the first being Navada. Google feels that these cars will be a huge milestone in the history of automobiles and will solve major problems like that of traffic congestion & road accidents.

The development of these cars started in 2009 and the vehicles have been doing rounds at various parts of the world. Driverless cars operate through use of sophisticated, communicating sensors to ensure safe and efficient travel. Through vehicle-to-vehicle and vehicle-to-infrastructure communication there may be no need for traffic lights and stop signs when all of the cars on the road are driverless. “Intersections will be equipped with sensors, cameras and radars that can monitor and control traffic flow to help eliminate driver collisions and promote a more efficient flow of traffic. The cars will be operating automatically, thereby eliminating the need for traffic lights,” added Dr. Broggi.

Highway travel would also change significantly with more autonomous vehicles on the road. Both autonomous and traditional vehicles would have their own designated lanes, which would help minimize traffic jams, increase efficiency and allow for faster speeds. “Through use of dedicated lanes on the highway, it will provide more streamlined flows of traffic, which will make the transportation with these vehicles more energy efficient,” said Dr. Azim Eskandarian, IEEE Member and Director of the Center for Intelligent Systems Research. “This new traffic flow, coupled with the increase of automated travel, will also enable cars to travel more safely while going faster and perhaps with closer gaps in between them,  while platooning (or using autonomous features), specially at free-flow traffic.”

Autonomous vehicles will also make car sharing programs more prevalent. Autonomous vehicles will arrive, take you to your destination and then be ready for the next user. “Since cars today are parked for more than 90 percent of their lifetime, shared car services will promote more continuous movement, garner more efficient operation and use less gas,” explained Dr. Broggi.

Driverless vehicle sharing programs will also enable people of all ages and abilities to utilize these vehicles, thereby eliminating the need for having a driver’s license. “People do not need a license to sit on a train or a bus,” said Dr. Eskandarian. “In a full autonomy case in which no driver intervention will be allowed, the car will be operating autonomously, so there will not be any special requirements for drivers or occupants to use the vehicle as a form of transportation, but the vehicles will obviously need many more certifications and should meet new standards.”