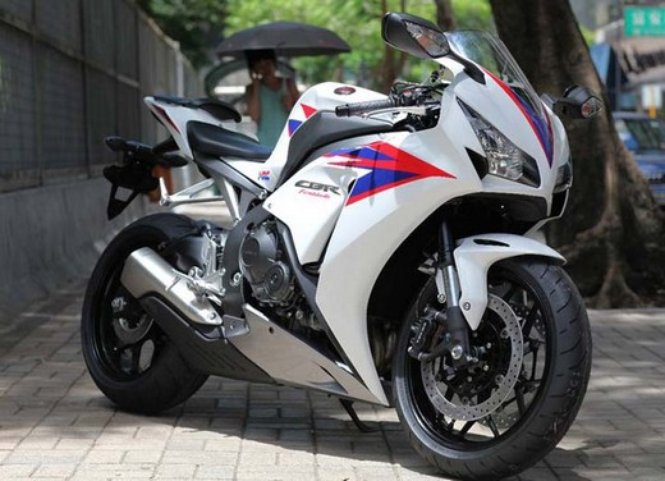 These are the first ever clear pictures of the new 2012 CBR1000RR. First things first, the 2012 version of the immensely popular liter class machine is not going to be propelled by a V4 as expected by many. The engine will remain the same as the one on the current model. The power and efficiency may go up marginally, but the new CBR1000RR, unlike what millions of the bike’s fans were expecting will not feature any path breaking tech. Not for the 2012 model at least.

The design of the bike has been altered slightly, and it looks more angular and sharper than the current version. The long-awaited model year upgrade of the bike features a slight facelift. The new front is characterized by sharp edges accentuated by new headlamp design and sharper, more elongated mirrors.

The bike also features bigger forks, new instrument panel, new rear suspension and new, lighter wheels. The buzz is that the 2012 version wont feature any advanced electronics to match the S1000RR. C-ABS like the current model will continue to be offered as an option and will not be a standard fitment.

Much cannot be said about what the new blade packs within its fairing as nothing official has come out from Honda. It would, however be safe to expect a more advanced version of the C-ABS and the new-gen dual clutch transmission which made its debut on the VFR1200F.

Now that the first images of the bike have hit the web, more information on the model is also certain to follow. Stay tuned as we join all the dots to build the complete picture for you. Do let us know your first views on the bike in the meantime. Are you satisfied, or disappointed with the new model? here’s the gallery