Did you know that the humble Duster you drive or keep running into has hardcore rallying genes? Renault Sport runs a heavily prepped up Duster with a 390 HP V8 in the Dakar Rally, one of the most gruelling rallies in the world. So the next time you see or drive one, have an ounce or two of respect ready.

To pay homage to the rally, Renault Brazil has launched this cool Duster Dakar II edition, a follow up to last year’s Dakar edition. It is now on sale at prices ranging between BRL 74,090 to BRL 87,220. On the outside, the Dakar II edition gets new 16-inch dual tone alloy wheels and black ORVM caps, while the interior gets a beige dashboard panel and black leather/fabric upholstery with white contrast stitching. 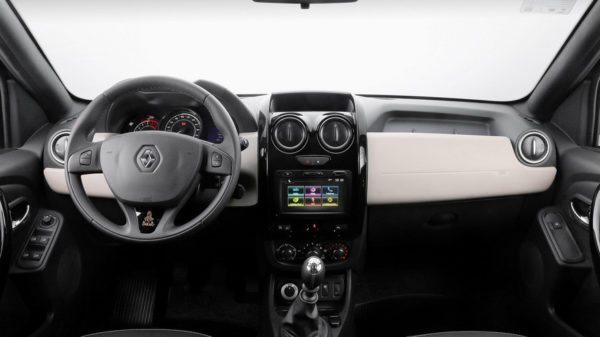 Other highlights include a Dakar Rally logo on the steering wheel, and other tell tale stickers on the outside. The SUV also gets the Outsider kit option, which adds extra body cladding across the sides and a front bumper protector. Features include parking sensors, electric mirrors, along with a 7-inch touchscreen infotainment system with navigation, four speakers, aux/USB input, and Bluetooth connectivity.

While India gets the Duster with a 1.5-litre diesel engine in two states of tune, Brazil-spec models, including this Dakar II edition, get 1.6- and 2.0-liter flex-fuel engines. The 2.0-litre engine gets an optional automatic transmission and an optional all-wheel drive system.