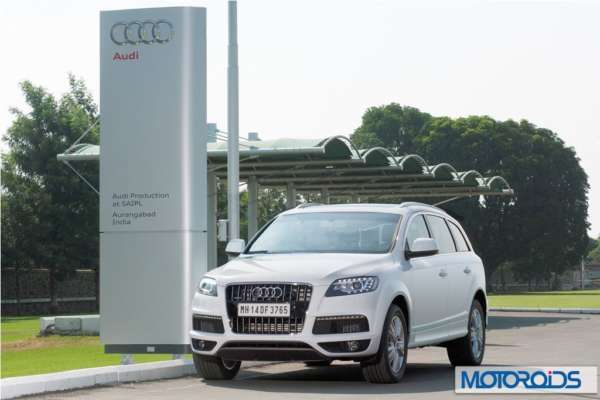 The Q7 is Audi’s flagship SUV and the company has sold over 5,000 units in India, thus far. However, SUVs manufactured between March-December 2012 (382 vehicles, in all) have been picked out of the crowd to have a certain brake system flaw. Audi India says that only the Q7s with the 3.0-litre TDI engines have been affected by this issue. This recall is actually a part of a massive global recall of 70,000 vehicles, which include the A4, A5, A6, A7, Q5 and the Q7. All of the affected units need to have their vacuum line within the braking system replaced to fix this flaw. 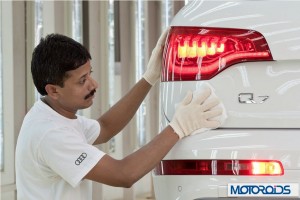 “Our dealers will get in touch with 382 Audi Q7 customers across India,” said Audi India. The German carmaker went on to say, “They will arrange for an appointment at their workshop for vacuum line replacement. The process will take approximately half-an-hour and will be carried out free of charge.” According to Audi, 197 Q7s have had their braking systems fixed since September 25, which is when the company started the recall.

The component in question is a vacuum line within the braking system which has been found to have a flaw. Audi says only the 3.0-litre TDI variants of the Q7 have been hit with this issue. The defect can cause the engine oil to enter the braking system, thus damaging the diaphragm in the brakes and reducing their overall efficiency. The carmaker says that this wouldn’t cause the brakes to fail, but would entail more foot pressure on the brake pedal by the driver. 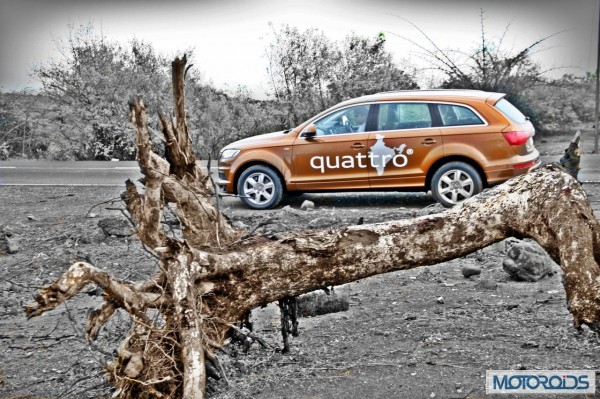 Models such as this 4.2 TDI haven’t been affected.

The affected cars will have their vacuum line inspected with the help of a non-return valve. If the technicians find any presence of engine oil within the system, they will replace the vacuum line. The affected SUVs will also have their brake booster system checked for oil contamination, if found, additional components will be changed. Audi India called out for this recall post SIAM’s (Society of Indian Automobile Manufacturers) voluntary recall code which saw a lot of carmakers recalling their cars for some or the other defect.