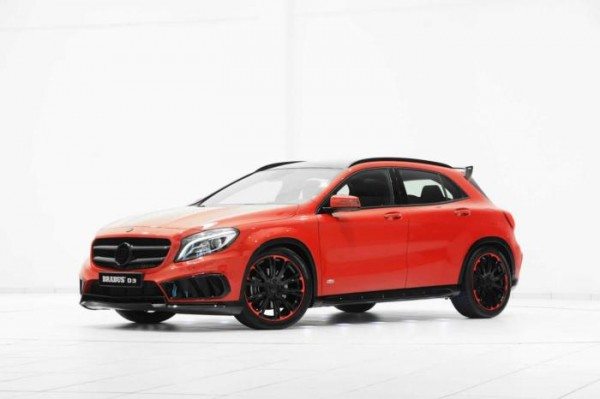 Brabus is a world-famous German tuning company and they exclusively serve Mercedes-Benz. There was a time when they modified the stylish SL roadster and gave it a 6.3-litre Bi-turbo heart which pumped out an astonishing 700 bhp and a mind-numbing 1000 Nm of torque! But this time, they have worked their hands on a more ‘practical’ car, Mercedes’ new baby crossover – the GLA. To be more precise, the GLA 220 CDI equipped with an AMG Sports Package. The stock car has a 2.2-litre turbocharged 4-cylinder diesel motor that churns out 134 bhp and 300 Nm of torque. This motor helps propel this sub-2 tonne car to 100 km/h in a shade under 10 seconds and the GLA CDI tops out at 205 km/h. 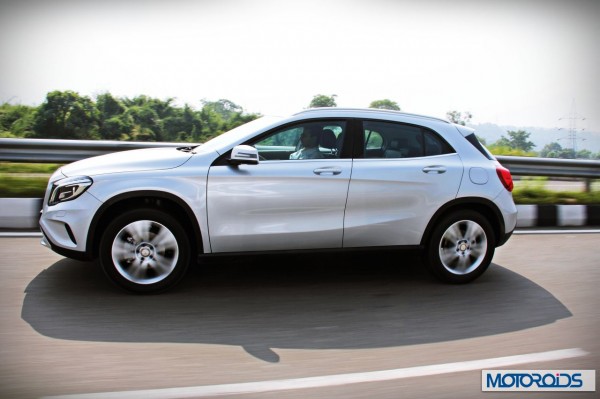 The standard GLA is nice, but it ain’t a Brabus. 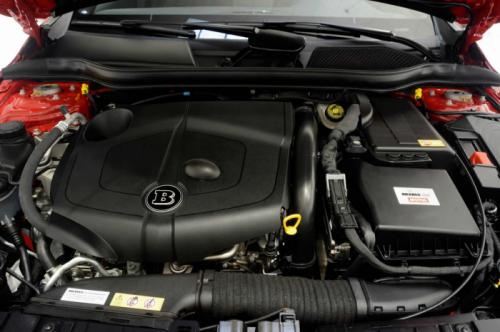 The Brabus tweaks changes the GLA into something different. 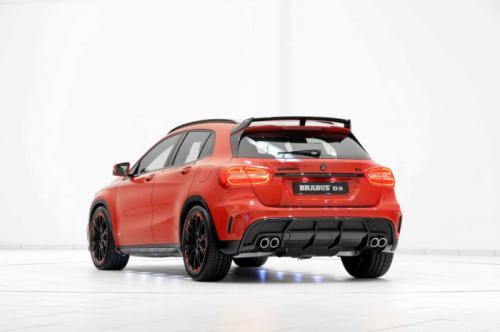 The rear of the Brabus D3 looks mean and sporty.

Brabus hasn’t increased the size of the engine, but have given it a D3 kit, in Brabus parlance. What this kit consists of is a newer brain controlling the electronic control unit (ECU) for the engine electronics. Brabus has also thrown in a plug&play harness that connects this newer performance ECU with the standard diesel engine’s electronics. This D3 performance kit is directly integrated with the car’s CAN bus system. The “bus”, in this pretext, stands for a specialised internal communications network that allows the various computers within the car ‘talk’ to each other. Basically, what all these computer gibberish means, is that the power output goes up from the standard car’s 134 bhp to 210 bhp. The torque, too, sees a bump from the stock GLA’s 300 Nm to 410 Nm. 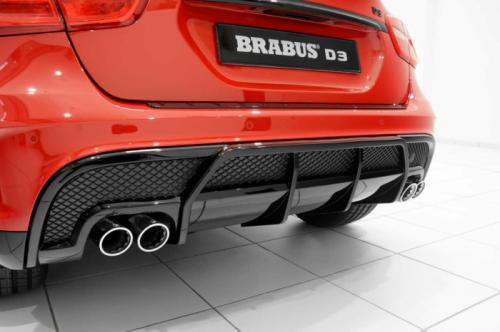 The new found power means that the Brabus D3 now touches the tonne-mark in 8 seconds and can reach 220 km/h. The Brabus D3 also gets other improvements, mostly finished off in glossy black, such as a front spoiler-lip, side-skirts, Brabus-design alloy wheels, roof rails, a stylish rear wing and a rear diffuser which houses the quad exhaust pipes. The car also wears a bright orange suit and several Brabus logos to prove it is the real deal.