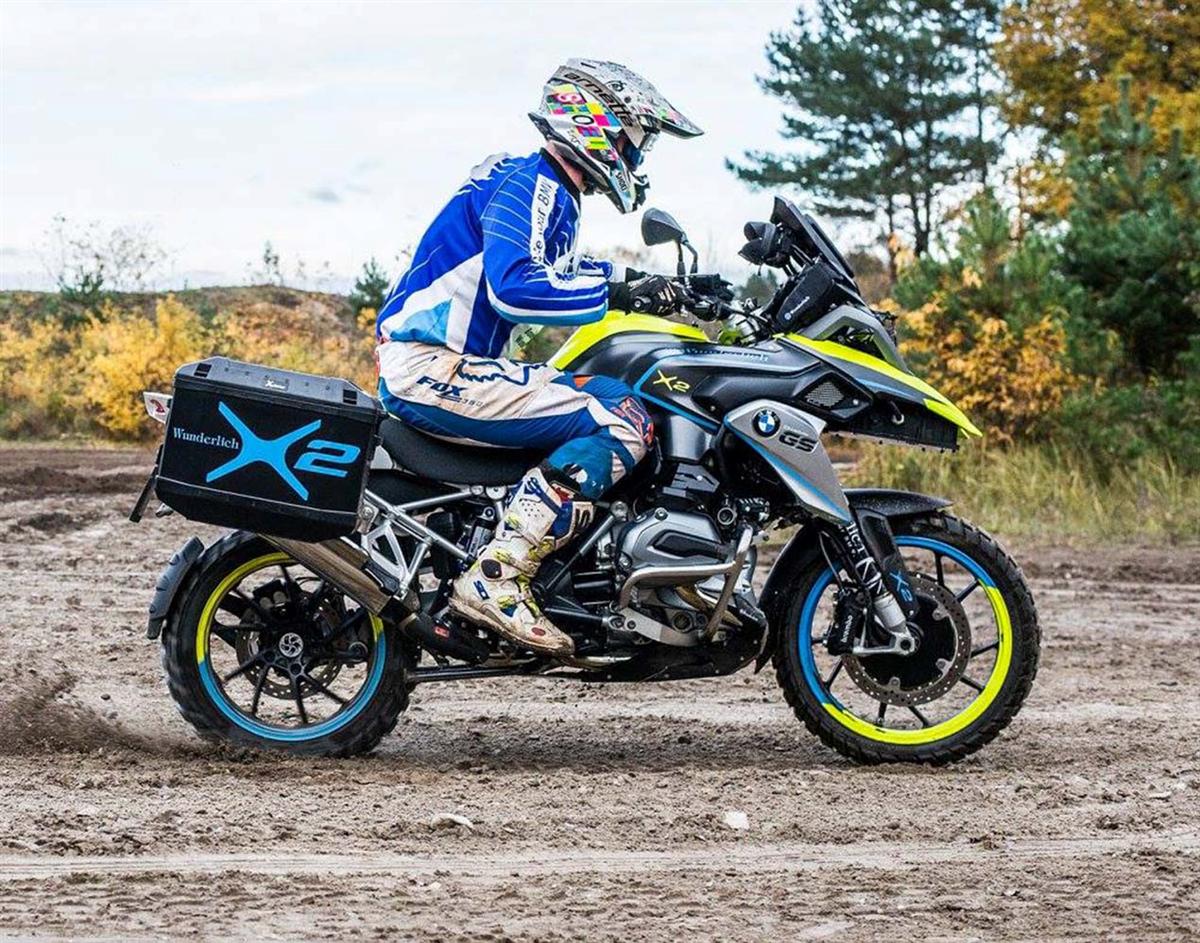 Sinzig based Wunderlich GmbH has been rolling out eye catching aftermarket equipment and accessories for BMW motorcycles for the last 25 years. From their first hands-on customization on the BMW R100GS in 1991 at IFMA in Cologne, the Beemer centric custom house has revealed another smashing concept based on the BMW R1200GS LC. 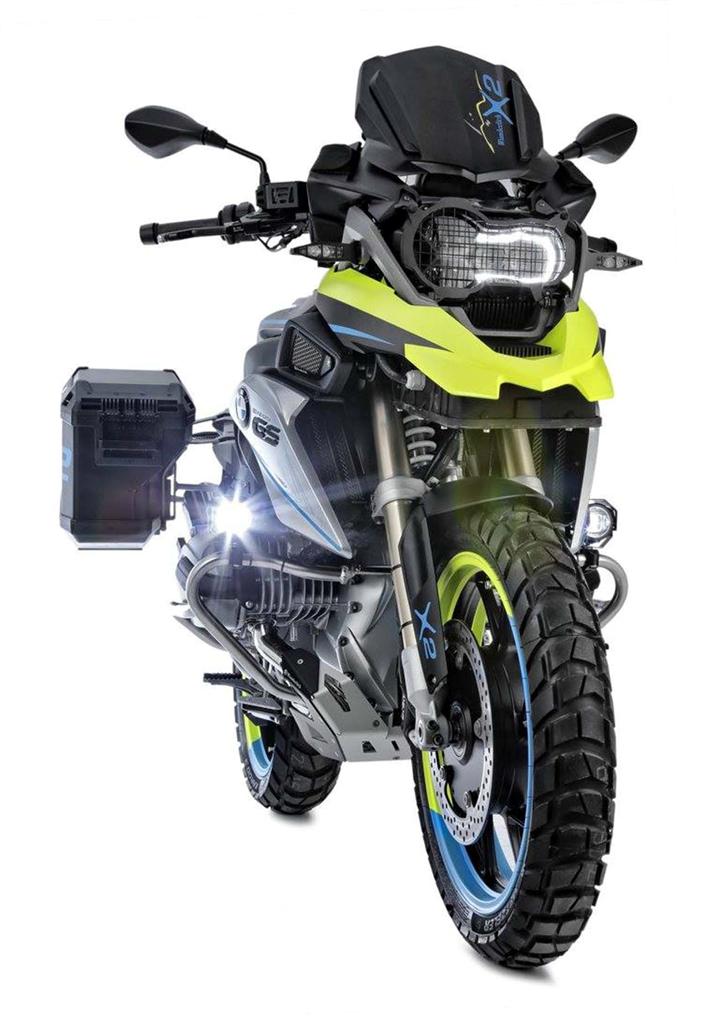 Say hello to the Wunderlich Hybrid BMW R1200GS LC- a hybrid motorcycle with a two wheel drive feature. A hybrid drive train has been mated to the twin pod boxer engine in collaboration with Evolt Italy. The hybrid system is basically an electric motor attached to the front wheel with a 10 kW hub motor that generates enough power to chug the burly R1200GS at 20 kph on its own and also if the need be reverse the motorcycle when parked on a slope. The electric motor also features a regenerative braking system that charges a small battery pack located under the front beak. 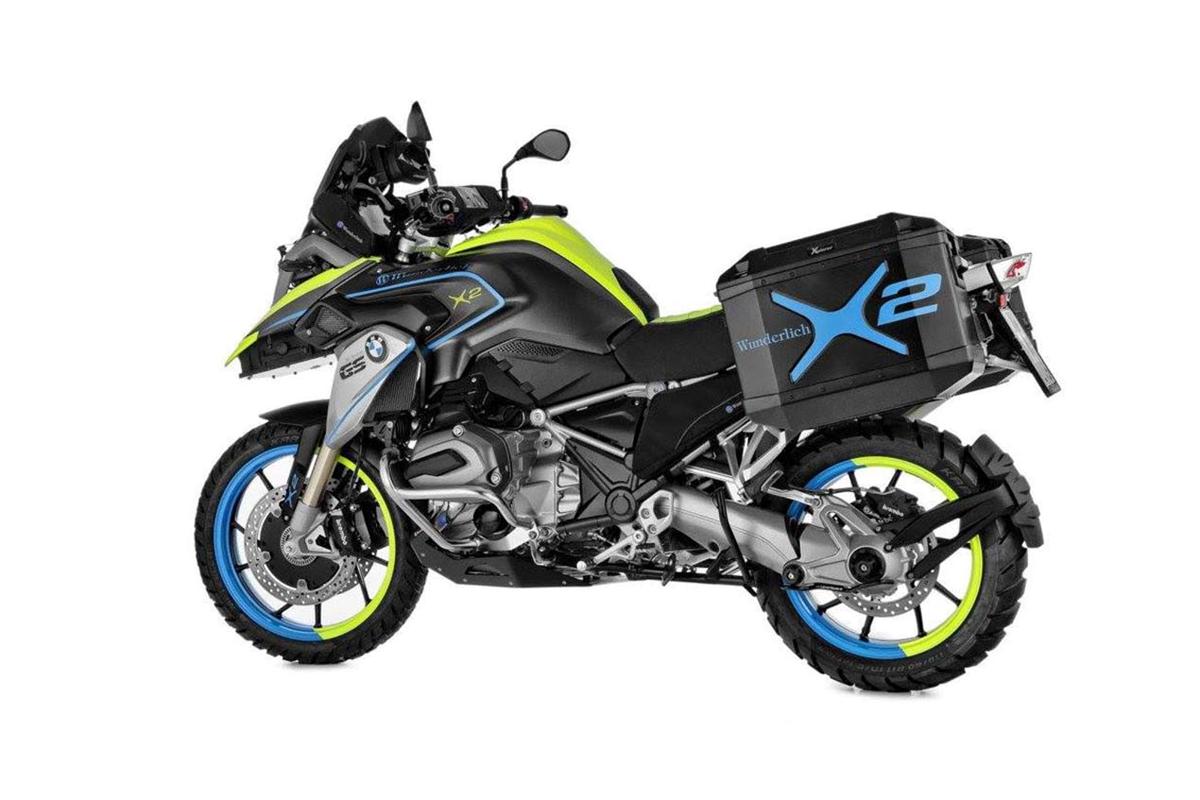 Though the figures might not be breaking any new grounds in terms of performance, but a front wheel drive comes with its own set of advantages particularly while venturing onto loose and broken trail. Yamaha’s 2-trac system is enough testimony to an assisted front wheel drive feature. Also what might seem novelty to some can actually be a great idea to be implemented on your regular everyday motorcycle- only if economies of scale could bring the cost of a hybrid system to acceptable levels. A more rideable motorcycle in today’s crowding streets along with the benefits of lower emissions and fuel costs would definitely be an added plus.

A few visual delights…for your eyes only!