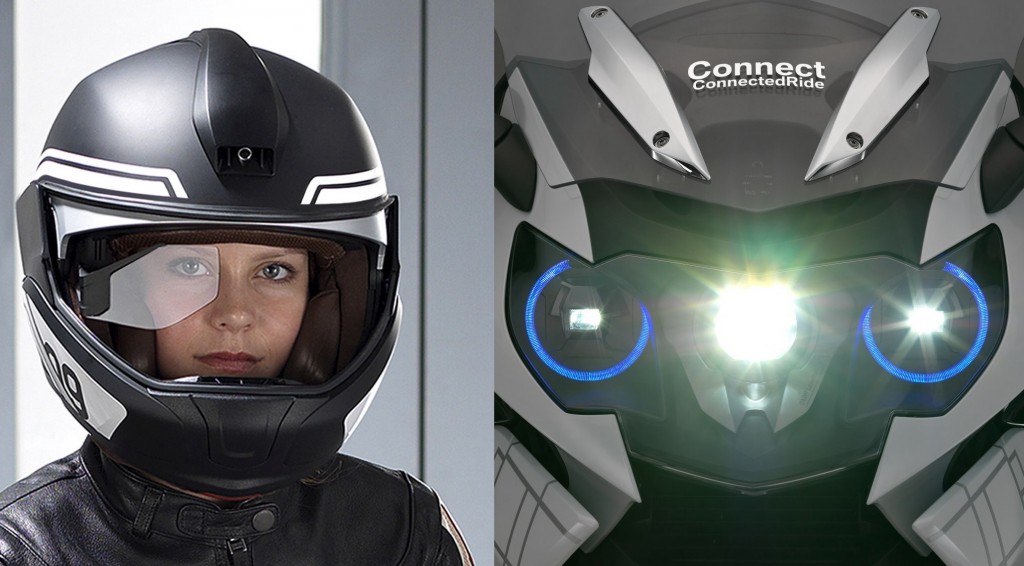 At the ongoing Consumer Electronics Show (CES) BMW has showcased some of the most cutting edge technologies from its motorcycle division. BMW Motorrad, as the motorcycle division of the German bike maker is called, has exhibited a new generation HUD-equipped helmet and futuristic laser light for its next breed of motorcycles. The new technologies are focused at setting new standards of motorcycle safety, along with a technical outlook of how they may be employed in series models of the future. 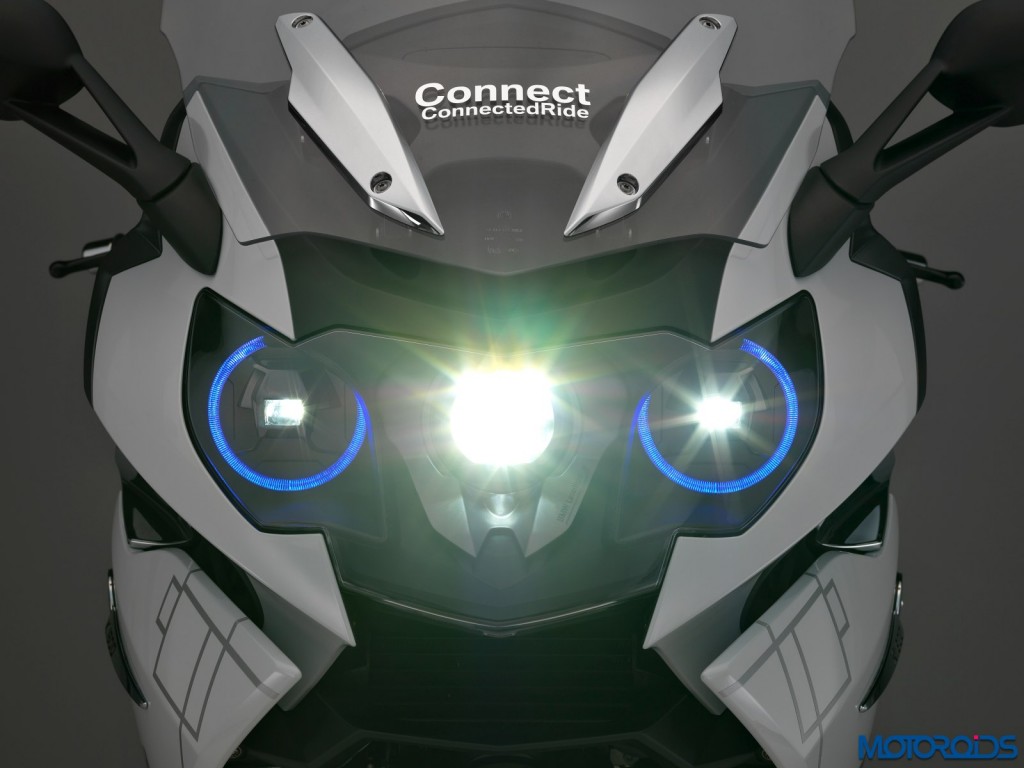 BMW is no alien to laser lighting tech with the company’s automobile division already having employed the next-gen tech on the flagship 7-series and the game-changing i8. The benefits reaped from the R&D carried out at the four-wheeler division have been passed down to their smaller two wheeled brethren now.

The innovative Laser technology employed on the K 1600 GTL tourer is the next step the motorcycling world will likely take to augment night time visibility and thus safety on two wheels. These laser light headlamps generate a particularly bright and pure-white light to illuminate everything ahead on the road like never before. Also accolade worthy is their capability to achieve a high-beam range of up to 600 metres, which is double that of conventional headlights. 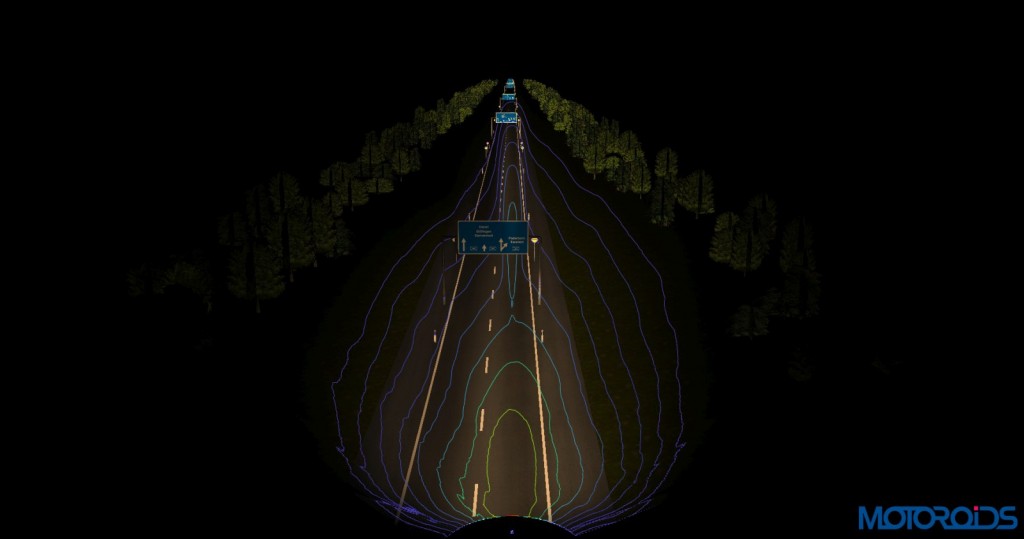 Better illumination and longer throw decidedly improve the safety aspect. In addition, the laser technology has a very long service life, thanks to its compact, robust and maintenance-free construction.

While the laser light has been incorporated in the K 1600 GTL concept vehicle as a feasibility test, BMW Motorrad is testing the tech on a series of two-wheelers for production feasibility. 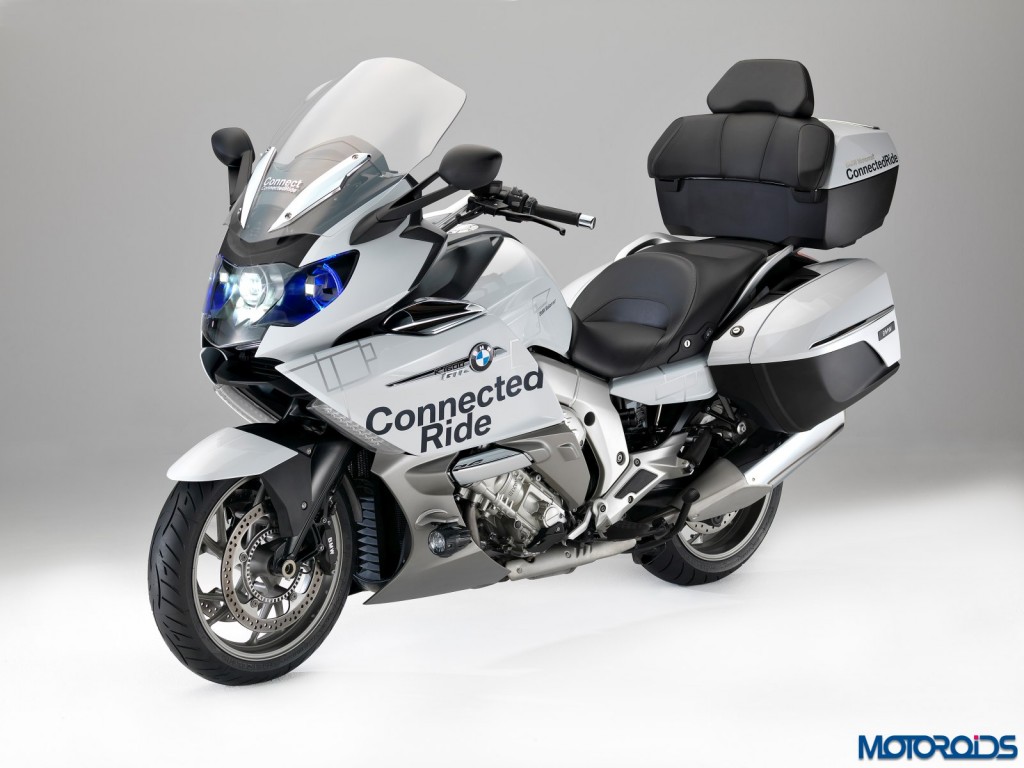 The company admits that the tech is currently too expensive to be employed on a two-wheeler, but with large-scale use in the automobile industry will become more accessible. BMW Motorrad sees the technology being adapted on production machines in medium term (3 to 5 years)

BMW prides itself in being the first European automobile manufacturer to introduce a head-up display in 2003. Now the company wants to introduce the convenience and safety aspect of the HUD tech to its two-wheelers as well, by employing it on its helmets. 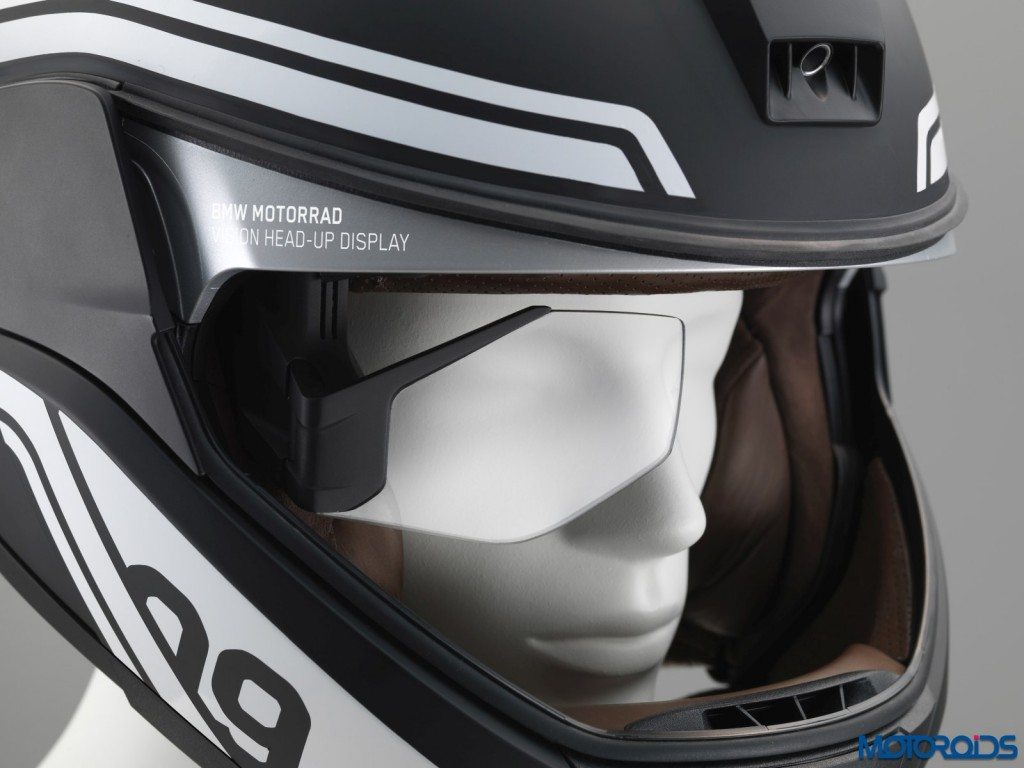 The BMW head-up display puts all the important information directly into the rider’s field of view, enabling him to focus on the road ahead without the distraction of having to look down onto the instrument console. With motorcycles, this is even more important, as you have two less wheels to hold you upright in case of a disaster.

The system employs a glass display over the right eye for projection of useful data. The display can be programmed as per the requirement of the rider. This information may comprise parameters such as tyre pressure, oil level, fuel level, travel speed, selected gear or a hazard ahead. 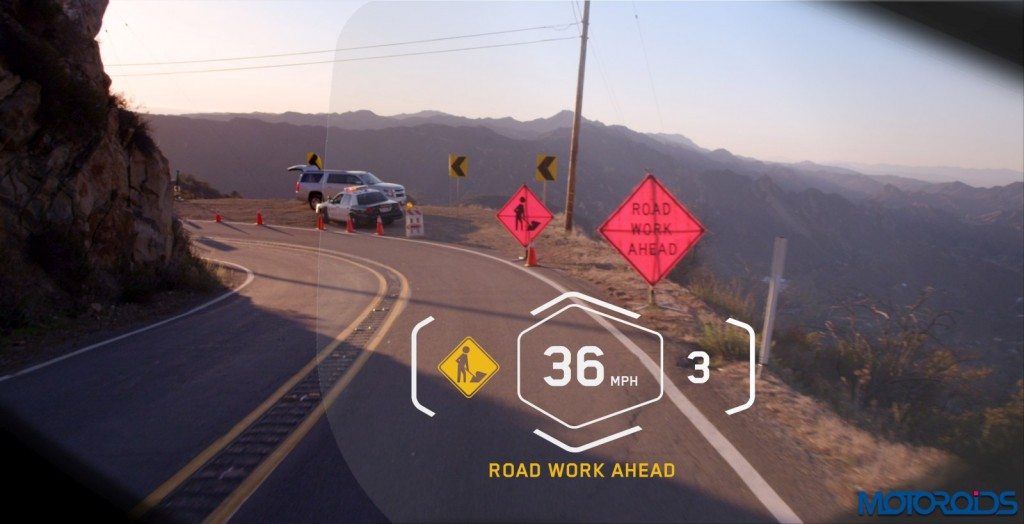 BMW is also considering using the new helmet for vehicle-to-vehicle communication. The technology may make it possible to display information in real time, for example, to give due warning on anticipating some sudden danger. The HUD can also be used for functions such as navigation, and can help the rider follow a route on a map without being distracted.

There are other innovative uses of the helmet too, such as a second camera oriented towards the rear could possibly work as a digital rear-view mirror. With a head mounted camera, the helmet can also enable riders in a group to see the road ahead from a fellow rider’s perspective. 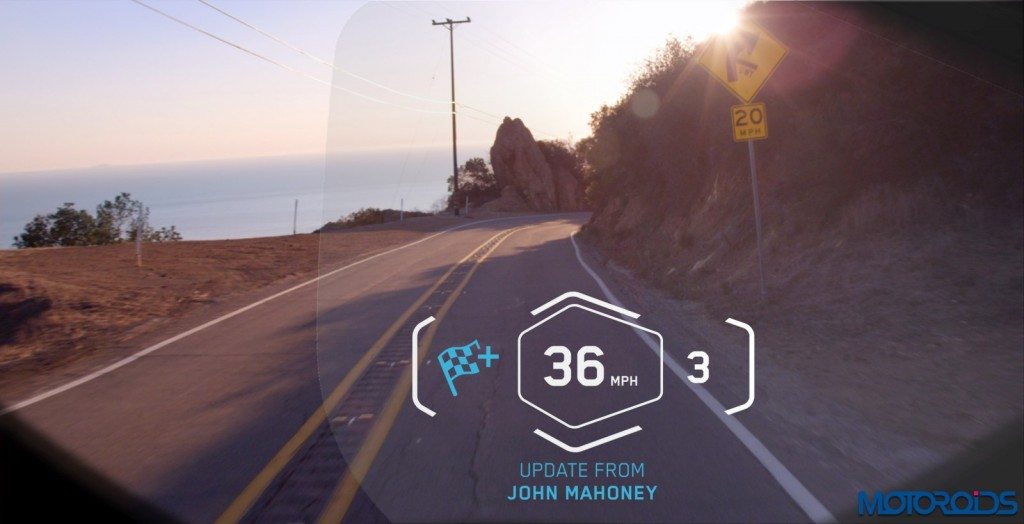 The helmet, which is also fitted with an integrated mini-computer and loudspeakers, is controlled from the left-hand handlebar fittings using the BMW Motorrad multicontroller.

The information display technology has the capability to be integrated in existing helmets, without affecting either wearer comfort or rider safety. The helmet comprises a set of two replaceable batteries at the rear lower portion of the helmet with a service time of five hours. 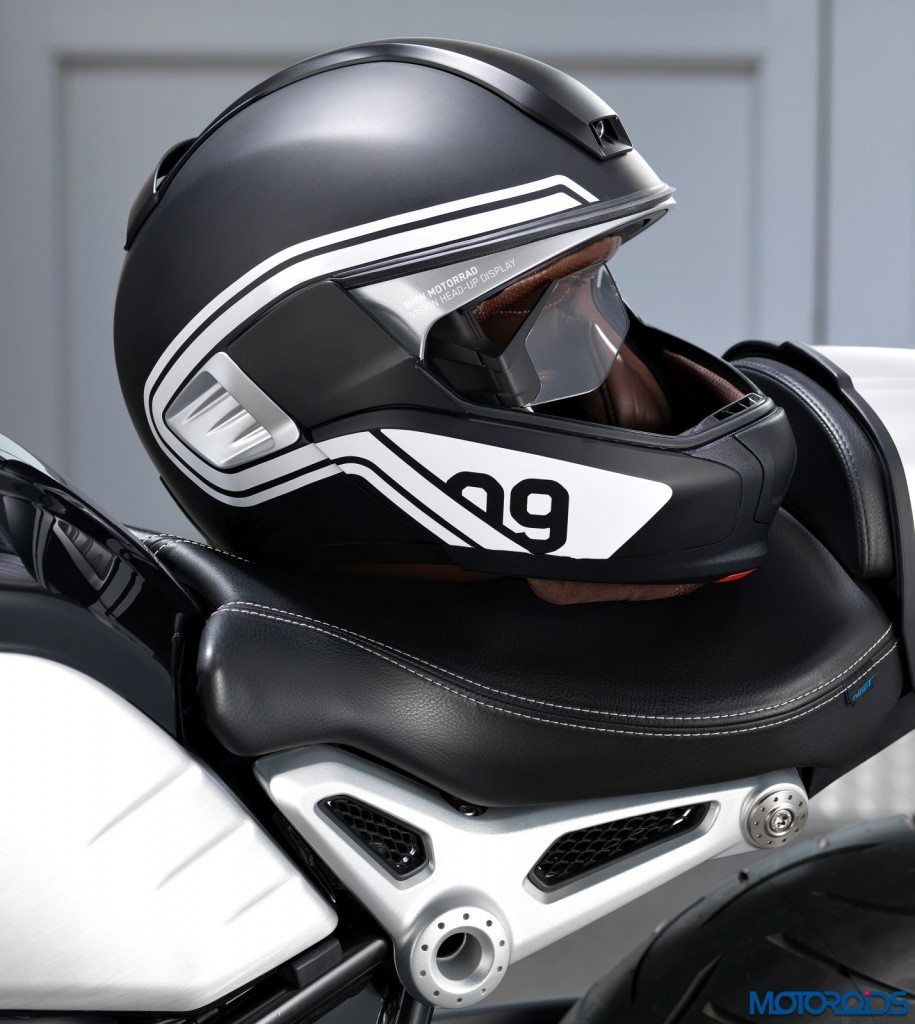 BMW Motorrad has officially stated that it wants to develop this technology to series-production within the next few years.

So what do you think? Is it some exciting new tech, or just a spinoff off what’s already available on the four-wheeled platform? Useful stuff or just a gimmick? Do let us know your thoughts and opinions on the two new technologies. Check out a detailed image gallery of the two technologies below