German manufacturer BMW has announced that an official manufacturer supported team will be contesting the Superbike and Senior Isle of Man TT Races in 2010; further increasing the number of manufacturers participating in this year’s event.

It was only 12 months ago that the Bavarian giant entered the World Superbike Championship for the first time but now, fresh from a stunning fifth place at last year’s Macau Grand Prix, German ace Rico Penzkofer will have a full Superbike- spec machine at his disposal for the two six-lap TT races. An official test rider for BMW, 34- year old Penzkofer has been part of the major development team of the S1000RR, a bike that has created headlines all over the world both for its design and performance. 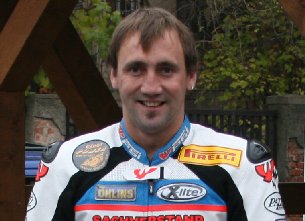 It will be the first time since the late 70s that an official BMW team will contest in the TT, when Helmut Dahne and Hans Otto Butenuth, both iconic riders from that era, raced on the Isle of Man. BMW has recorded 30 TT wins since their debut in 1937, the majority of those coming in the sidecar class that they once dominated.

Penzkofer, meanwhile, made a strong debut at the TT last year when he contested the two Supersport races.  He achieved a personal best lap of just under 120mph and left the Island with two bronze replicas. With a year’s experience around the Mountain Course, the Borna rider is sure to feature more prominently this year. He commented, “To be representing BMW on their return to the TT is a tremendous honour for me and after my debut last year I can’t wait to return to the Mountain Course. Riding the Superbike will obviously present a new challenge but the bike is superb and that, combined with my own improved knowledge of the course, should see us able to make a good impression. Troy Corser and Ruben Xaus have proved in World Superbikes that the bike is competitive and we hope to do the same at the TT.”