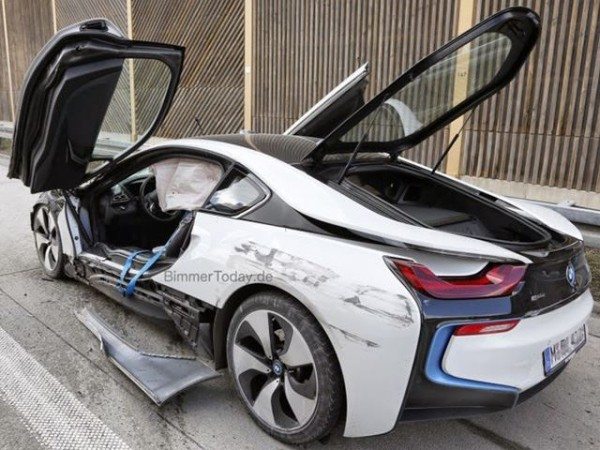 While BMW is struggling to keep up with the huge demand for its hybrid sportscar i8, a white example has been destroyed already in Germany. According to reports, the BMW i8 rammed into the rear of a Audi A3 hatch which can be seen in the images below. 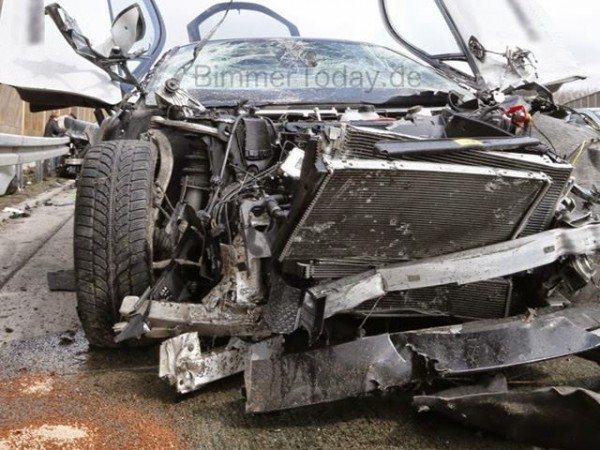 This horrific crash took place on the German Autobahn. Reports say the white i8 slammed into the rear of an Audi A3. The impact of the rear ending was so much that both the German cars ended up on the other side of the road, with the A3 slamming into the guardrail. A person sitting in the rear of the i8 suffered minor injuries while everyone in the A3 were fine. 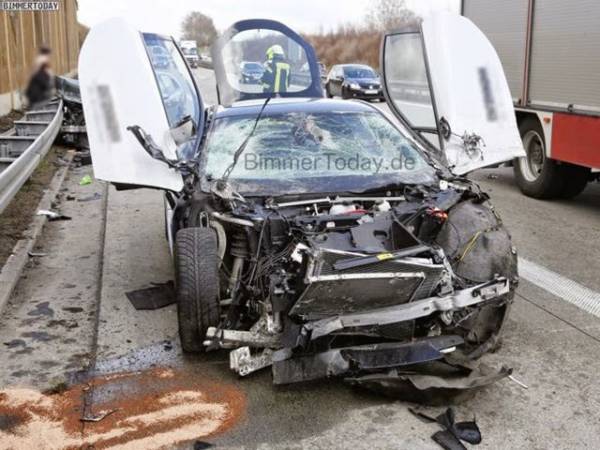 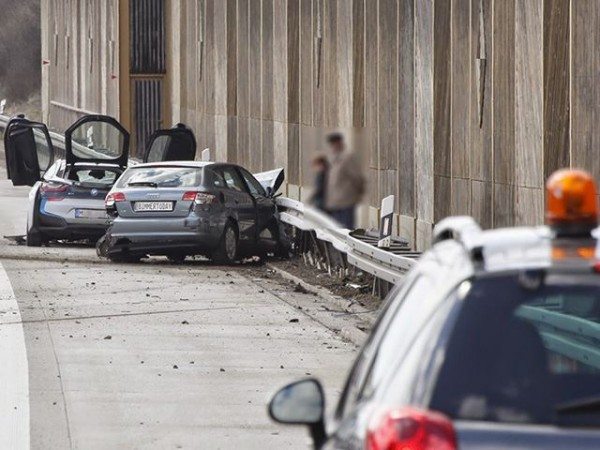 This is the worst i8 crash ever. The i8 is the flagship offering from the Bavarian carmaker which has been selling like hotcakes. The production and demand gap is so much that BMW recently had to double the production of the i8. Its sad to see the i8 in shambles.