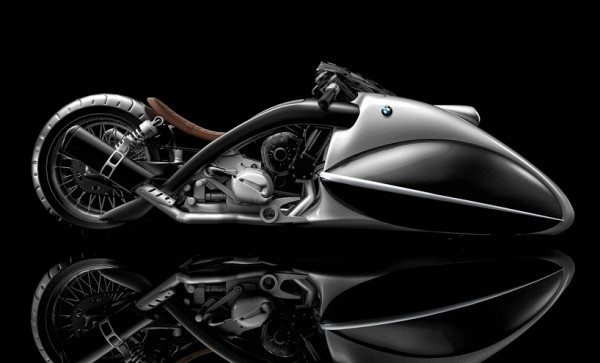 This is the most outlandish BMW motorcycle ever designed. Except, it isn’t really a BMW. Nope, no sane German manufacturer can come up with this insanity even in their wildest dreams.

The BMW Apollo Streamliner concept is the work of Turkish design student and digital artist Mehmet Doruk Erdem. From his bio, we read that Erdem has designed a wide variety of motorcycles, from cafe racers to hovercrafts to classic cruisers, but he tends to focus on personal projects that imagine what BMW bikes could look like in a fantasy world. 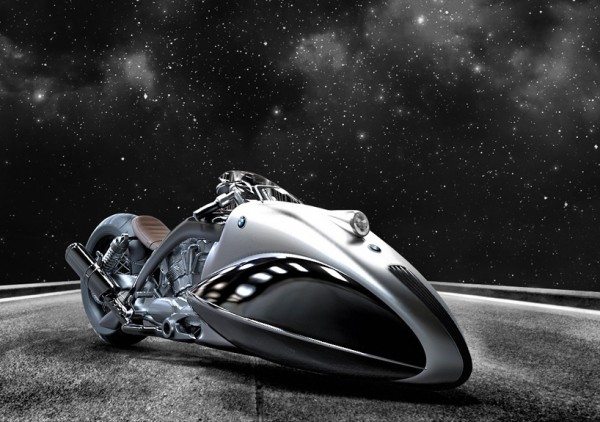 One glance at the Streamliner will tell you that it is designed more for setting speed records than the daily commute to office and back. Still, it is noteworthy that Erdem has chosen not to go flat-out in his vision, and have tried to retain the brand’s heritage through key details here and there. While the front of the bike has a ultramodern streamliner look, it has been tastefully melded with a rear and mid-end that harks back to vintage BMW bikes.

The aerodynamic streamliner shroud is styled to help move some of the air around the driver and decrease wind buffeting. It is so close to the ground that the motorcycle certainly couldn’t be leaned over very far in a corner before it would hit the road and crash over. But when was the last time a motorcycle like this tried to take a corner in anger? 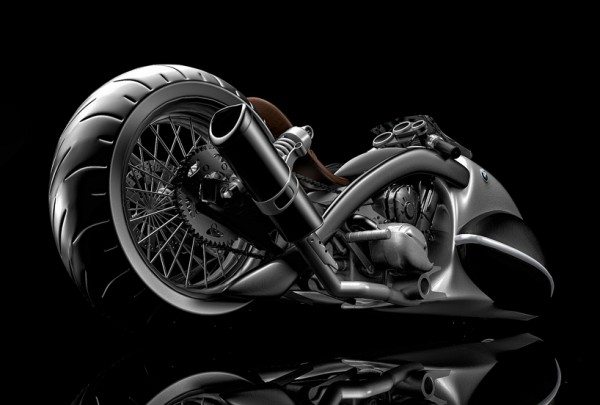 At the rear, we have a beautifully crafted brown leather seat, exposed shocks, and engine. Tying all these design elements together is a huge perimeter frame, ending at a wire-spoked wheel at the rear. The front wheel isn’t visible. The exhaust is also in sync with the rest of the design.

AS of now, there is no indication that this bike is anything other than a design concept from a freakishly talented designer. It doesn’t appear officially backed by BMW and there is no word on plans to build a prototype bike based on the concept.

But if someone like Roland Sands, Shinya Nakamura, or any other of the multitude of talented custom builders out there does build one of these machines in the future, we would love to see it at its natural habital; the legendary Bonneville Salt Flats. Either that, or the Rann of Kutch right here in our own backyard. Are you listening, Rajputana Customs?