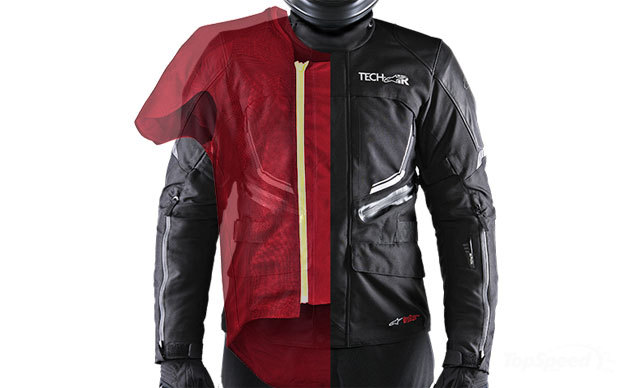 BMW Motorrad, the two-wheeler arm of BMW, has teamed up with Alpinestars to develop a new range of riding gear with advanced safety features. The first product under this tie-up will be a new version of Alpinestars’ airbag-equipped Tech-Air jackets that inflate to protect the rider in the event of a crash.

If that sounds familiar, it is because it has been done before, albeit in a different and much narrower way. Dainese, for example, worked with Ducati to develop a D-Air version of the Multistrada and has a similar arrangement with Peugeot for its Metropolis scooter. The difference here is that while the Dainese D-Air system uses sensors mounted on the motorcycle, the sensors in Alpinestars’ Tech-Air system are on the jacket itself, which means it can be used on any motorcycle without having to set up a connection. Yes, even non-BMW motorcycles, if you don’t mind the mismatched branding. A truly self-contained unit, this is.

In its current guise, Alpinestars’ Tech-Air comes with its own sensors and nothing to install. The rechargeable battery powers the system for around 25 hours of riding before needing a fresh charge. If the onboard sensors detect an impact, the airbag will fully inflate in a claimed 25 milliseconds. 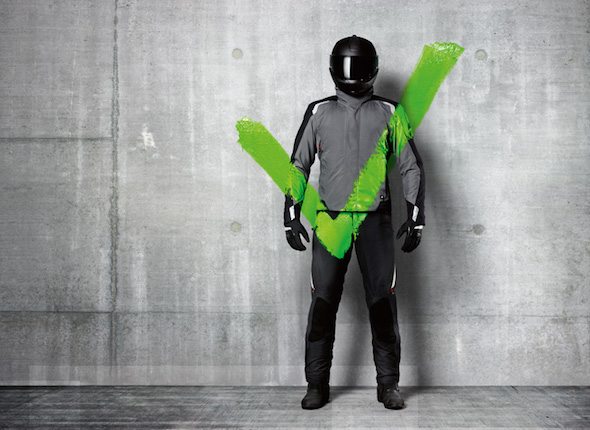 In their press release, BMW doesn’t exactly state that the system can be used on any bike. Instead, it touts that the system “independently functions without the need for sensors to be installed on the bike and the subsequent need to link a specific motorcycle to the airbag system used by the rider.”

The second product in the tie-up is an airbag waistcoat that will also feature Alpinestars’ Tech-Air technology, but with BMW branding. Both the products will be available in male and female sizes, and should go on sale in European markets later this year.

And in case you’re wondering if your apparel would clash with your Honda, Yamaha, or any other manufacturer’s products in your garage, you can always wait for the original Alpinestars Tech-Air jackets, which should also be arriving around that same time.