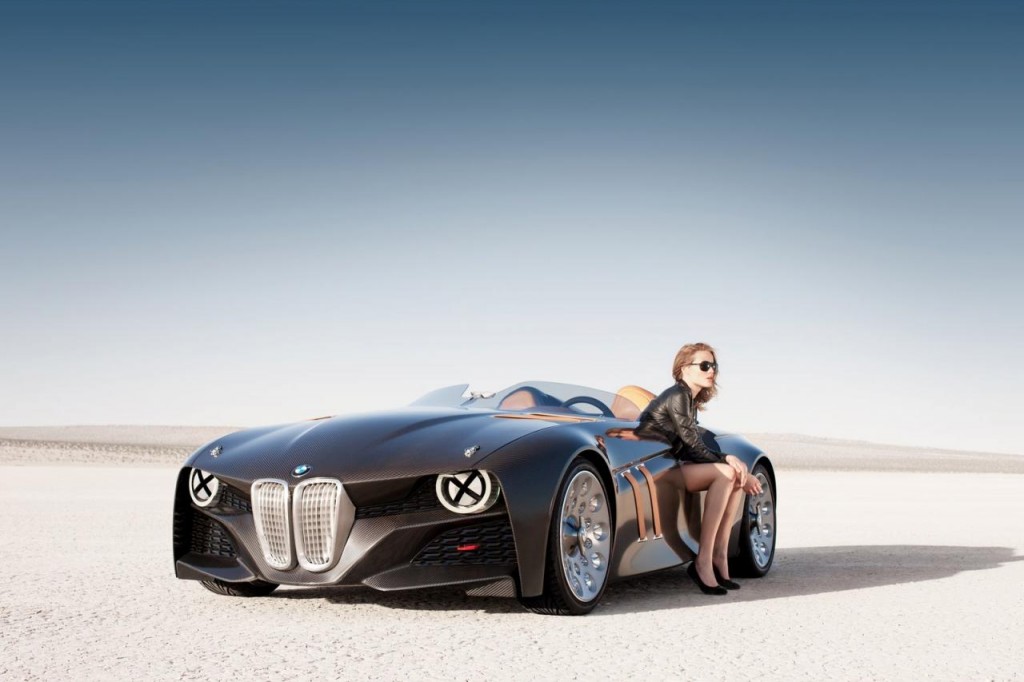 BMW has unveiled their unique 328 Hommage Concept car, this piece of art will be debut at the Concorso d’Eleganza Villa d’Este near Lake Como, Italy this weekend.

The 328 Hommage is based on the Vision Connected Drive Concept shown at Geneva this year. The 328 Hommage is a new age modern incarnation of the classic sports car which is dated back to the 30’s. The whole car is draped in carbon fiber weighing a meager 780kgs.

The whole concept is drawn from the M1 Hommage concept which was thought in 2008 but the 328 Hommage looks larger than life and unreal with the 3D kidney grille and faux leather straps on the fenders and the hood. Some may even call it a fail attempt at art.

Finally it’s a BMW product so it has its own placement of dynamics, aesthetics and some top notch innovation. Tell us what do you think about this Beemer.