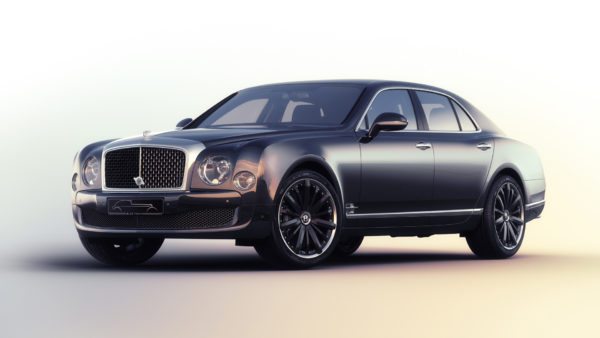 In 1930, former, swashbuckling Bentley Chairman Woolf Barnato accepted a bet from a princess to not only beat the high-speed Le Train Bleu (Blue Train) from Cannes to Calais in France, but that he could be in London by the time the train reached the English Channel. Barnato, piloting a Bentley Speed Six won the race with just four minutes to spare, and from then on, the car he drove was known as the Blue Train Bentley.

The spiritual successor to that Speed Six is the new Mulsanne Speed ‘Blue Train’ limited edition, and has been built by Mulliner – Bentley’s bespoke coach-building division, to essentially commemorate an old wager. Hand-built in Crewe, just four of these immaculately curated masterpieces will be offered to customers in continental Europe. The Bentley Mulsanne Speed ‘Blue Train’ debuted last week at the Techno-Classica show in Essen, Germany.

Exterior updates are toned down, with unique, blacked wheels, an exclusive steel-blue paint and and a front grille featuring a square mesh design inspired by the original ‘Blue Train’ Speed Six driven by Woolf. Inside, the dashboard fascia features a crafted veneer image of the original car as well, along with  the fluting pattern in the door panels and the rear quarter inserts, that echo the interior of Barnato’s original car. Meanwhile, the treadplate plaques bear the wording ‘Blue Train 85 Years’