After the naked roadster and a fully faired sports version, Benelli has added the tourer version to its 302 range of motorcycles. Christened Benelli BJ300GS, the motorcycle was unveiled for the Chinese market. The Company has remained tight lipped about the India launch of the new 302 BJ300GS. However, we expect to see the motorcycle in the DSK-Benelli India product range in the second half of 2018. The motorcycle, when launched in India, will join the TNT 600 GT which is the only touring model available in the country. 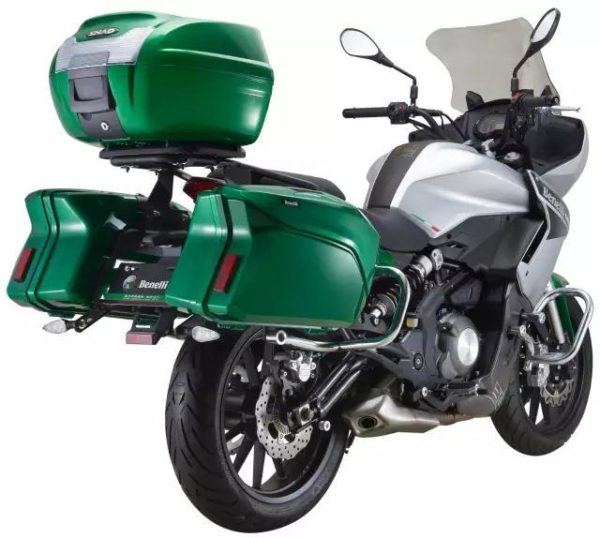 The fascia of the 302 Tourer resembles the 302R although it gets a taller windscreen, a massive front fairing and a tall-set handlebar. The motorcycle also features crash guards for both, front and the rear, along with comprehensive luggage options. The Benelli 302 BJ300GS features hard panniers and a top box which will be offered as optional accessories. Illumination duties are performed by a projector headlight. Safety net include ABS which should be available as standard. The 302 BJ300GS isn’t a proper adventure motorcycle, and thus it features alloy wheels. 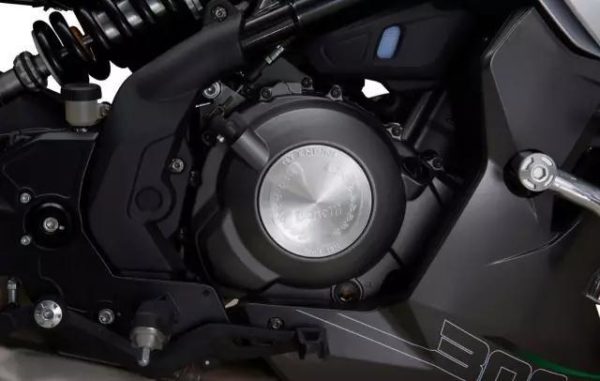 The 300cc in-line, 2 cylinder, 4-stroke, liquid cooled, 8 valves, DOHC engine features the same 65mm bore x 45.2mm stroke although it features a different state of tune for better torque delivery. So while the power output has come down to 34 hp, from 37 hp on the TNT302, the peak torque has gone up from 26.5 Nm to a marginally higher 27.11 Nm. The motorcycle weighs 216 kg (wet) which is on the heavier side.

As aforementioned, the India launch details of the new Benelli 302 BJ300GS are still under wraps. However, we (at Motoroids) expect to see the motorcycle in the Indian market before the end of 2018.