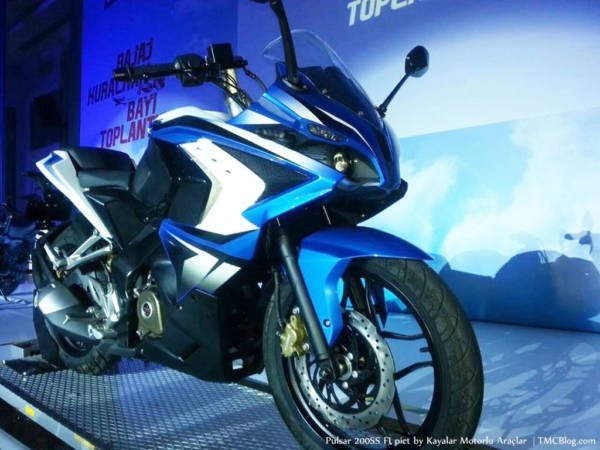 Sometime back, the Bajaj Pulsar 200SS was showcased in Turkey, where Bajaj sees immense potential for its potent range. More images of that event/bike have been unearthed, where one can see the explosive styling a little more closely. The Pulsar 200SS will essentially be a 200 NS with a full fairing, ABS and fuel-injection- not a bad idea; following in the footsteps of the KTM RC 200. But where the RC 200’s styling has been honed with a surgeon’s scalpel, the 200SS looks like somebody’s gone around it with a lit candle and flame surfaced bits of the body-work. 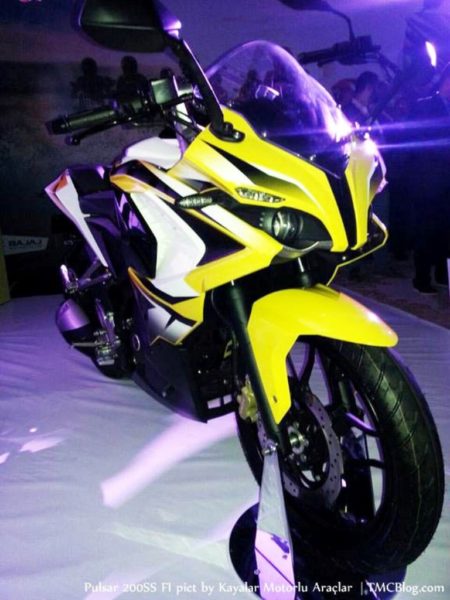 We’re not quite sure if that works for them or not, because its a bit too much fuss and it looks like Bajaj has tried a little too hard to make it look bold.  The 200 SS will receive the aggressive full fairing from the bigger 400 SS shown at the Auto Expo. Save for the badge, the lesser endowed wheels/tires and brakes (again nicked from the 200 NS), the 200 SS is a dead-ringer for the bigger 400SS. Two-piece, floating LED tail lights at the rear and a short silencer end-can at the back will funk things up, while twin projector headlamps and LED daytime running lights will jewel up the front. The instrument cluster is carried over from the 200 NS as well. The bike was shown in blue/white and yellow/white color schemes, though we’d somehow prefer an all-black treatment. 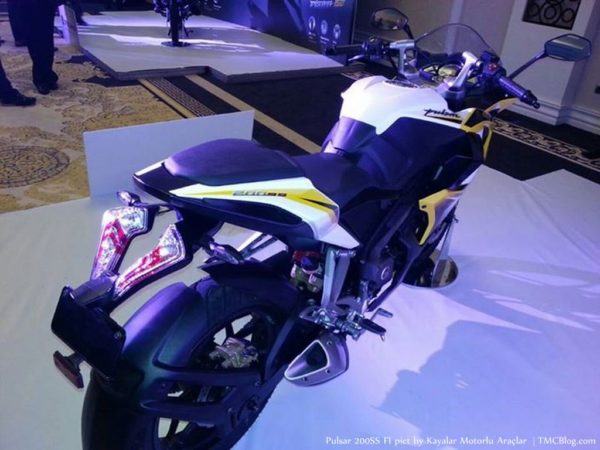 The 199.5 cc single-cylinder liquid-cooled, carburetor employed unit from the Pulsar 200 NS will be retained, but on the SS it will reportedly benefit from a fuel-injection system. In its current state of tune, the mill produces 23.52 PS (23.18 bhp) at 9,500 rpm and 18.3 Nm of torque at 8,000 rpm. However, since the Pulsar 200 NS is available as a fuel-injected model in Turkey with a power output of 24.4PS- about 1PS higher than the current carburetor equipped Pulsar 200 NS of India, expect the same output to reflect on the Indian SS. The 200 SS is likely to be launched in India early next year. 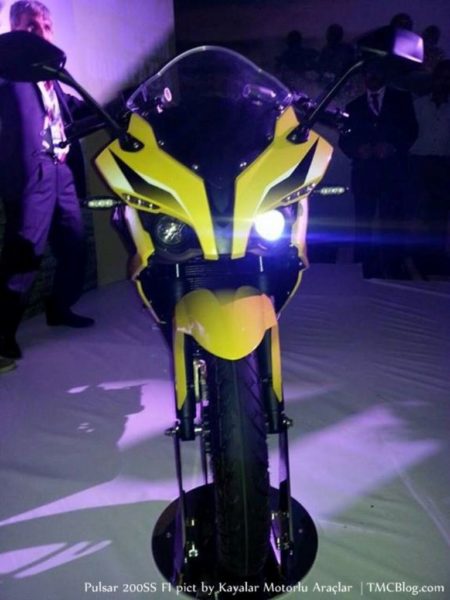