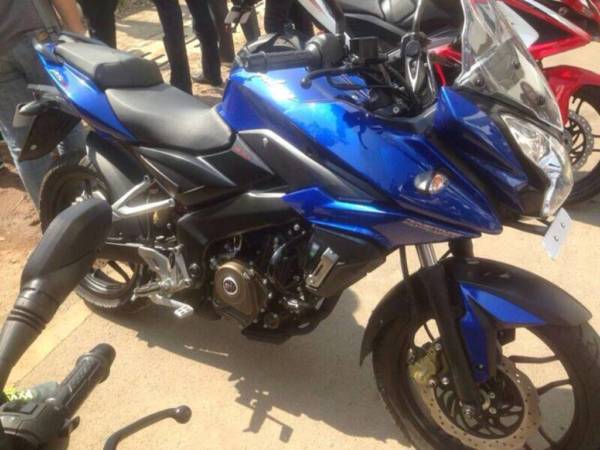 The Bajaj Pulsar started off as a street-fighter design initially, however, the manufacturer now wants to ensure that their popular performance motorcycling brand satiates every biker’s need. While Bajaj is about to launch fully-faired 200cc and 400cc models of the Pulsar anytime soon, the cruiser sport CS 400 still some time away, a different variant of the bike made a surprise appearance in Indonesia. Called the Pulsar 200 AS (Adventure Sport), the bike was showcased in the South-east Asian country, along with it’s fully faired brothers. 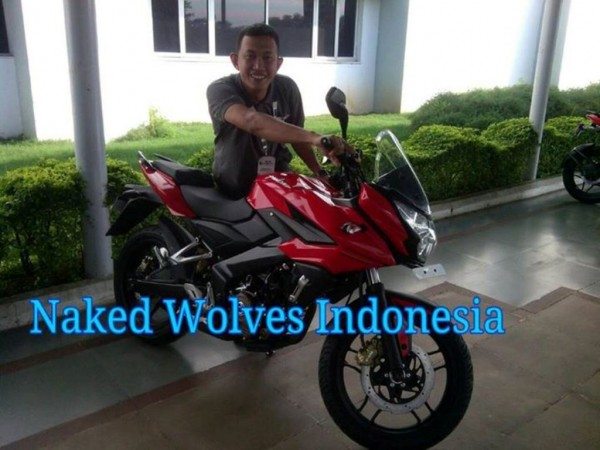 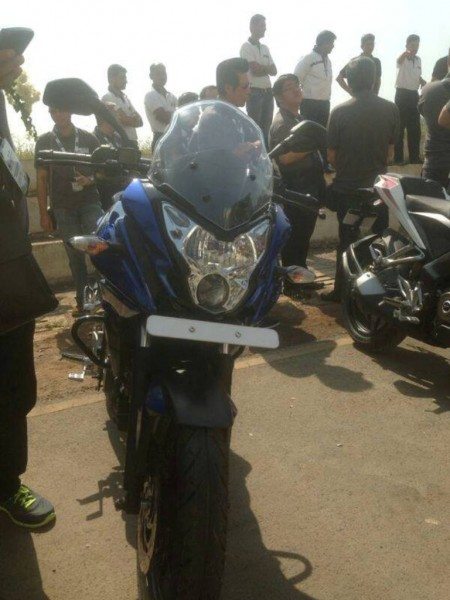 Based on the Pulsar 200 NS, this Adventure Sport variant sports a taller windshield, projector setup for one of the beams, a half-fairing and although not very clear from the picture, it could come with a slightly longer travelling suspension unit up front. With an upright, relaxed seating position and the tall screen, the Pulsar 200 AS will target the touring kinds, who are always on the hunt for an excuse to leave the city. Whether it will be fuel-injected or come with a carburetor could be anybody’s guess, but we expect the Pulsar AS 200 to be powered by the same 199.5 cc single-cylinder liquid-cooled engine from the NS, which produces 23 bhp of power and 18.3 Nm of torque, mated to a 6-speed gearbox.