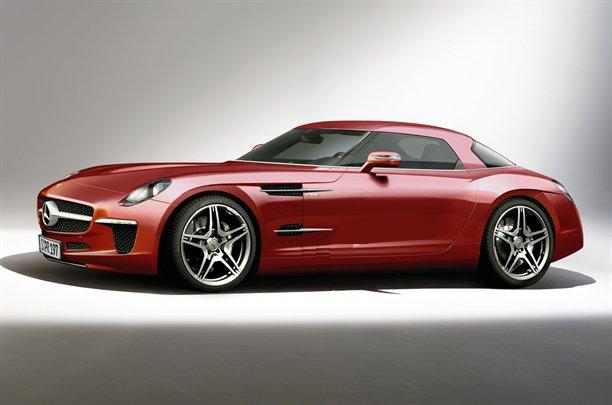 Now that you have just recovered from the one-sided love affair with the Mercedes SLS, behold another mantrap from the same family. What you see here is the second installment of pure automotive bliss from AMG. Just like the bigger (and costlier) SLS which is the first car to be developed, grounds up by AMG, the baby SLS will give some serious competition to biggies like the 911, Audi R8, Ferrari California and Aston Martin V8 Vantage. It is rumored that the baby SLS will revive the SSK tag from 1928. It will use a lightweight aluminum space-frame chassis and a double wishbone suspension, at all four corners. It will sport an all-new 500bhp twin-turbocharged 5.4-litre V8 engine that is being developed for the upcoming CLS55 AMG mated to a seven-speed double-clutch transaxle and locking diffs from the SLS. However, the best part of the news is that the SSK will be around £70,000 cheaper than the SLS which means that it will retail for £85,000 (Rs. 66 lakh, excluding taxes). So whenever Merc decide to get their baby to India, which will be around mid-2013, expect it to retail for a cool 1.5 Crore Rs.