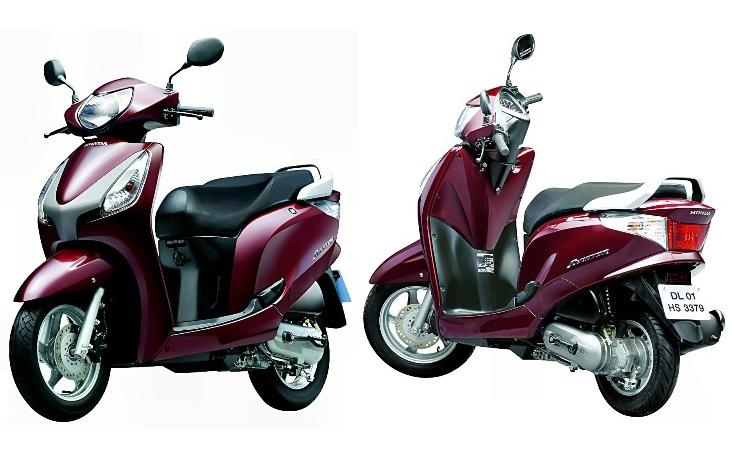 When Honda launched the Activa 110, it was plain logical that hey would shoe-horn the new 110 cc mill into the Aviator. The 110 cc Engine is super refined, has absolutely no transmission judder and is also a tad more fuel efficient. What we didn’t know that it would take so long for Honda to launch it. We thought that the Aviator would follow the Activa 110 a couple of months later. The launch has been scheduled for exactly 7 months after the Activa’s.

However the heart transplant hasn’t been the only thing that the Aviator will have benefited from. The Deluxe model of the aviator will also get the combined braking system, which should have been much harder to calibrate, thanks to the Aviator sporting a disc brake at the front. We are dying to find out how Honda has managed to operate a hydraulic Disc system and a cable actuated Drum at the same time.

The Aviator will also get the tamper proof lock from the Activa. The deluxe model will retail for Rs. 53,000 (On Road), which will be 6000 Rs. more than the equivalent Activa but then it is definitely a much better scooter than the Activa thanks mainly to better suspension (telescopic front forks), better brakes (disc at front) and alloy wheels.