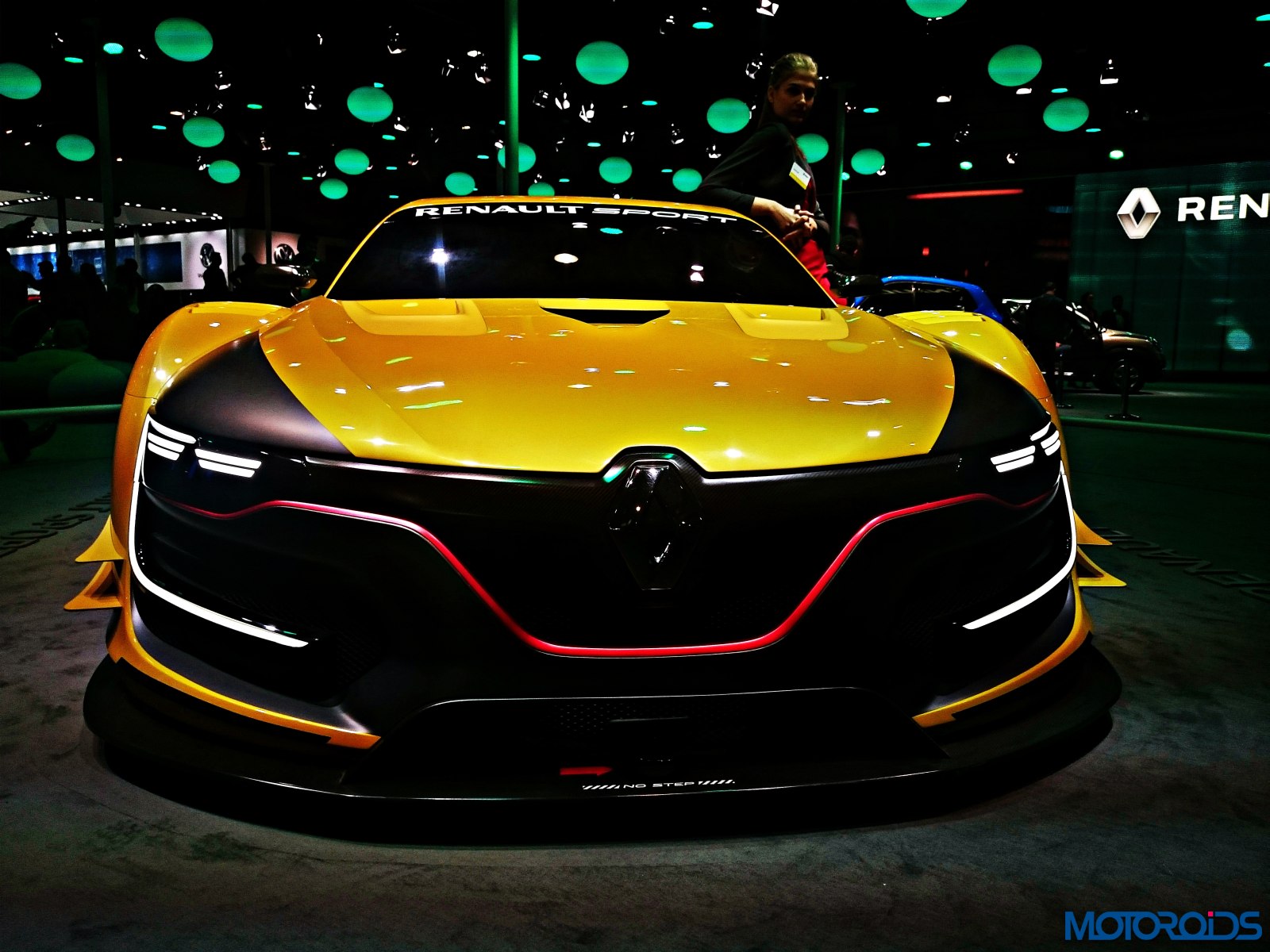 Touted to be one of the most efficient GT racers in the world, the Renault Sport RS 01 was present at the 2016 Auto Expo.  With a keen intent to bring the breathtaking concept cars to track use, the RS 01 has an unrelenting focus on aerodynamic ability. A dramatic width if 2 meters for a low 1.16mm height lends the car a squat presence. Signature LED daytime-running lights positioned along the brake cooling scoops add further to the drama. 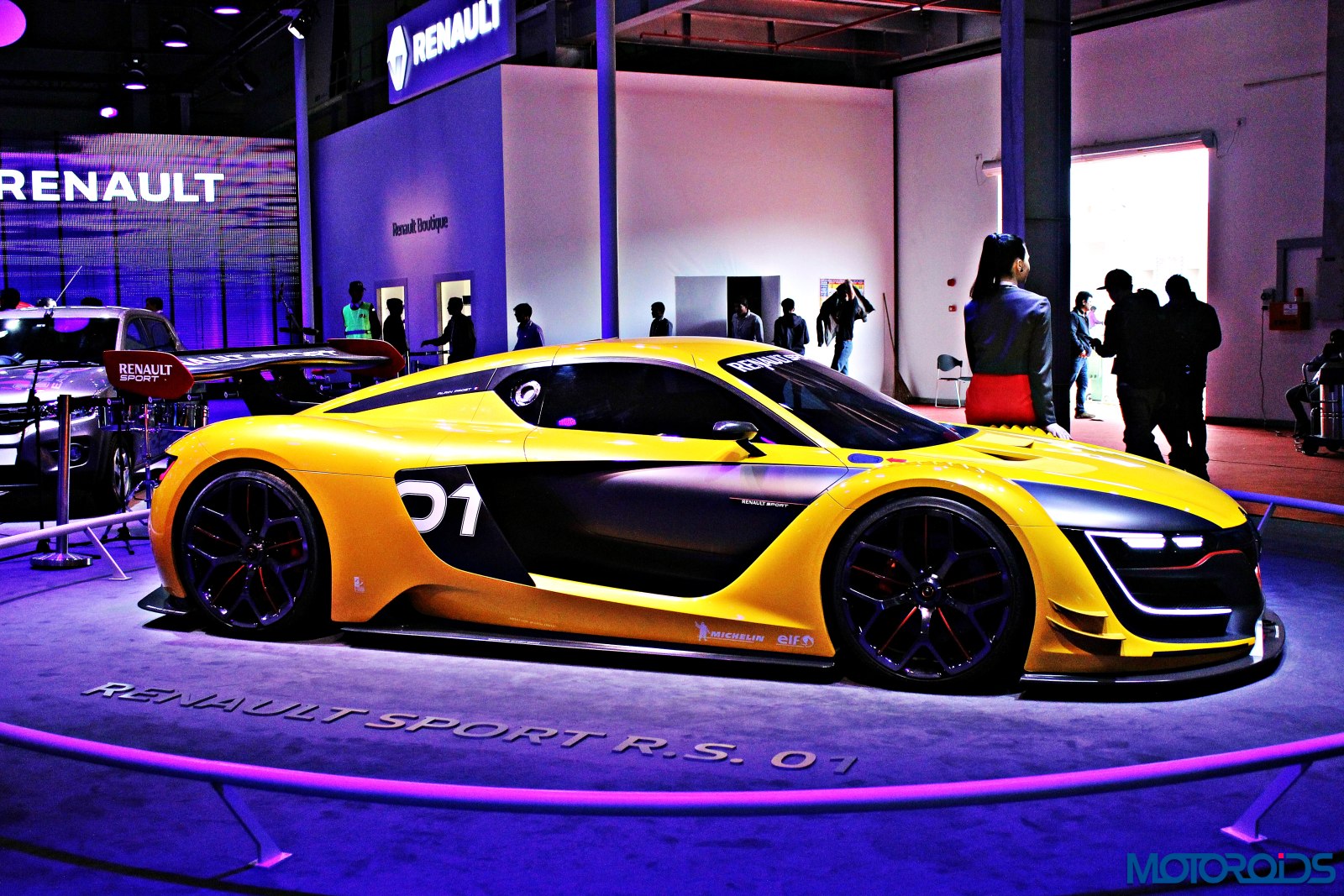 One might like to think that the Renault Sport RS 01 is just a good looking sport car. Truth is, every panel on the car’s body has a role to play in its aerodynamics. At the centre of the grille, the air is sucked in and channelled to two water coolers, and is vented out through the extractors positioned on the hood. This negative pressure increases downforce at the front. All those extensions and fins on the bumper also work in a calculated way to enhance aerodynamics up front. Those two fins on the side of the bumper, in specific, work towards reducing the turbulence of the rotating wheels. 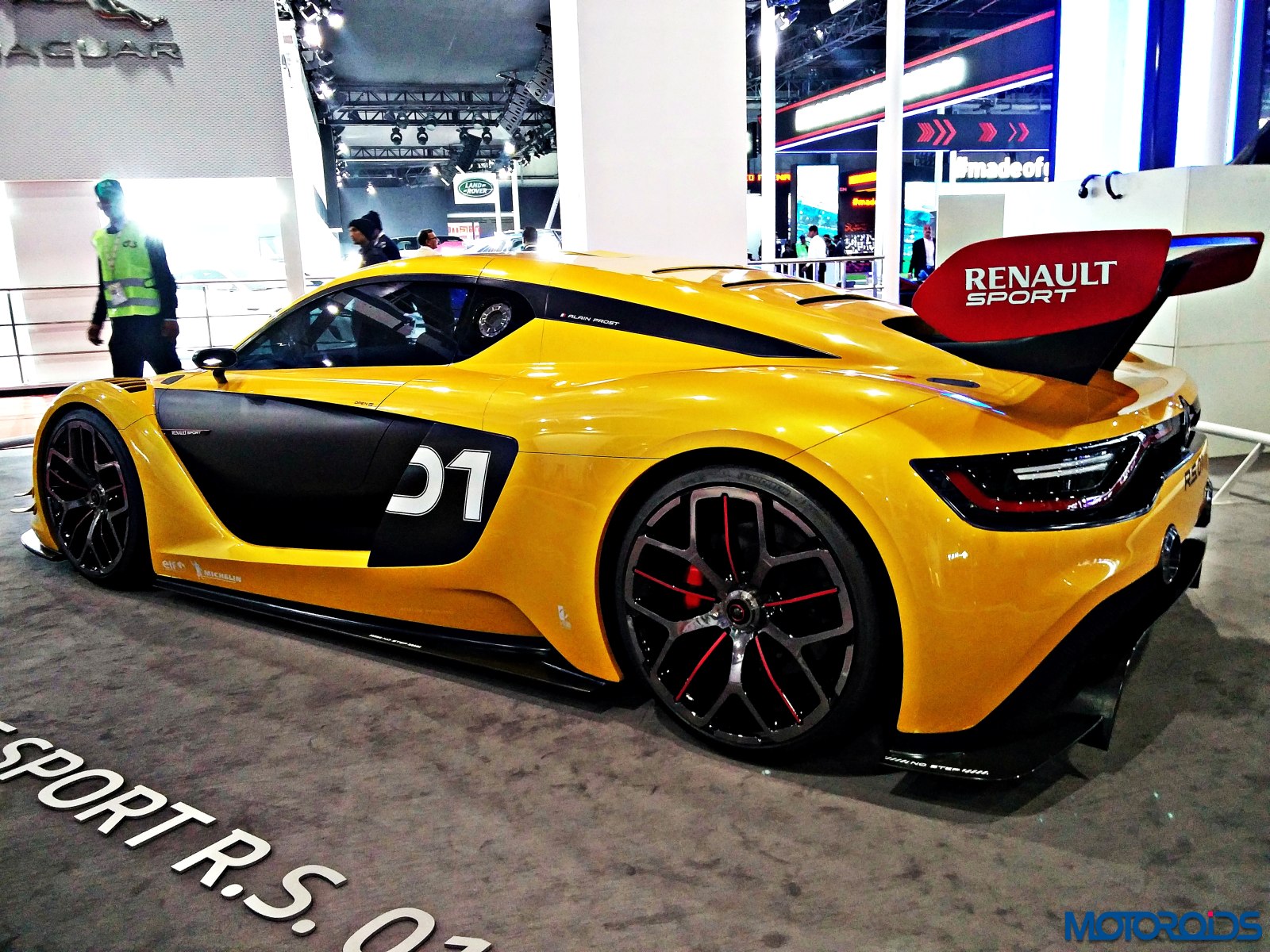 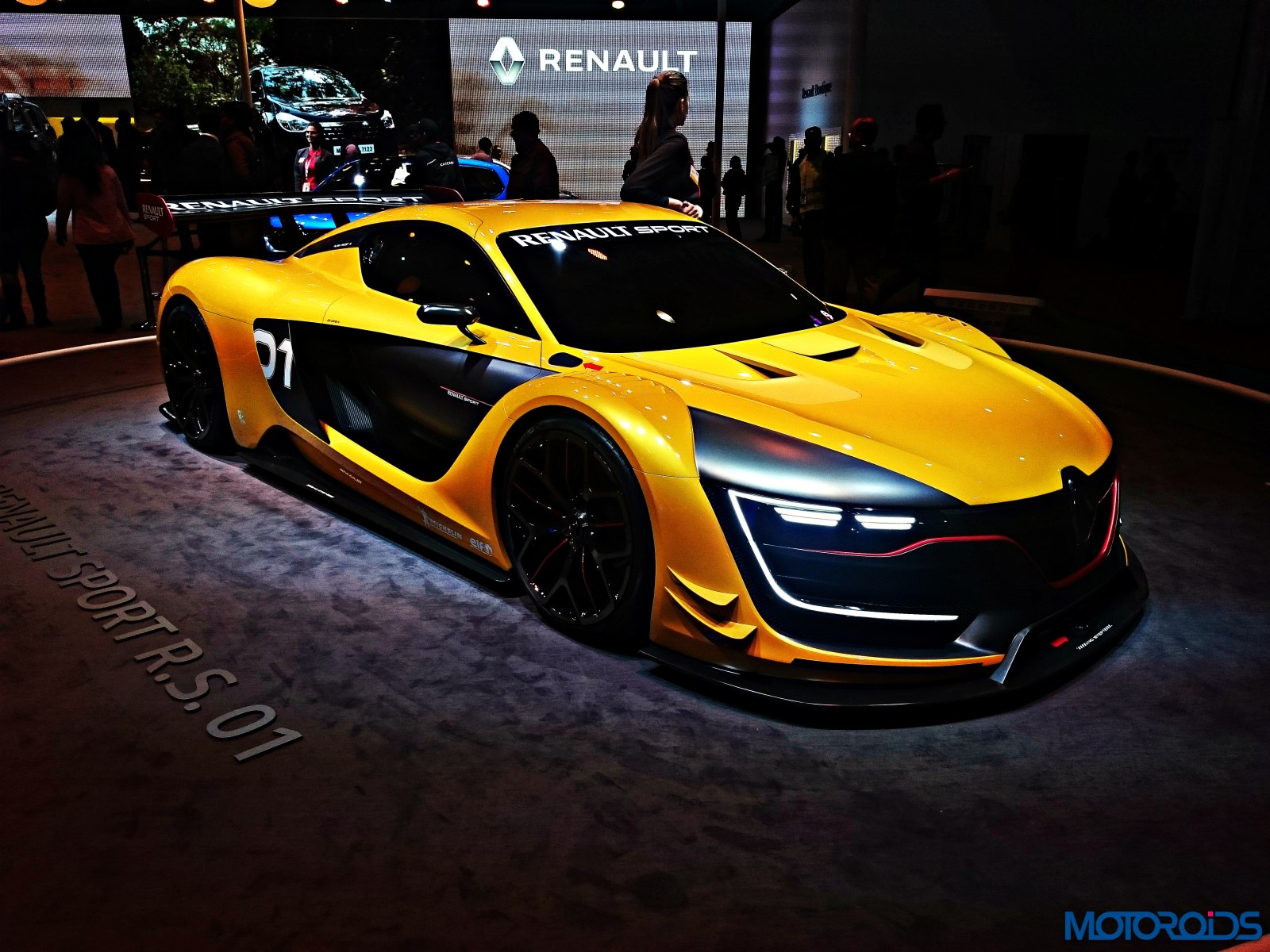 Built on a carbon monocoque frame that weighs less than 1,100 kg, the RS 01 is powered by a 3.8-litre V6 twin turbo engine that dishes out more than 500 hp of power and 600 Nm of torque to propel this race machine to speeds in excess of 300km/h. Transmission duties are taken care of by a ZF sourced longitudinal seven-speed gearbox with steering mounted paddles.

The single-seater racecar paidan ode to the legendary racer Alain Prost by bearing his name behind its window. Check out this spectacular race car in the image gallery below