Home Auto and Motor Shows Auto Expo 2016: Moto Guzzi V9 Bobber and Eldorado are the V twins for the connoisseur 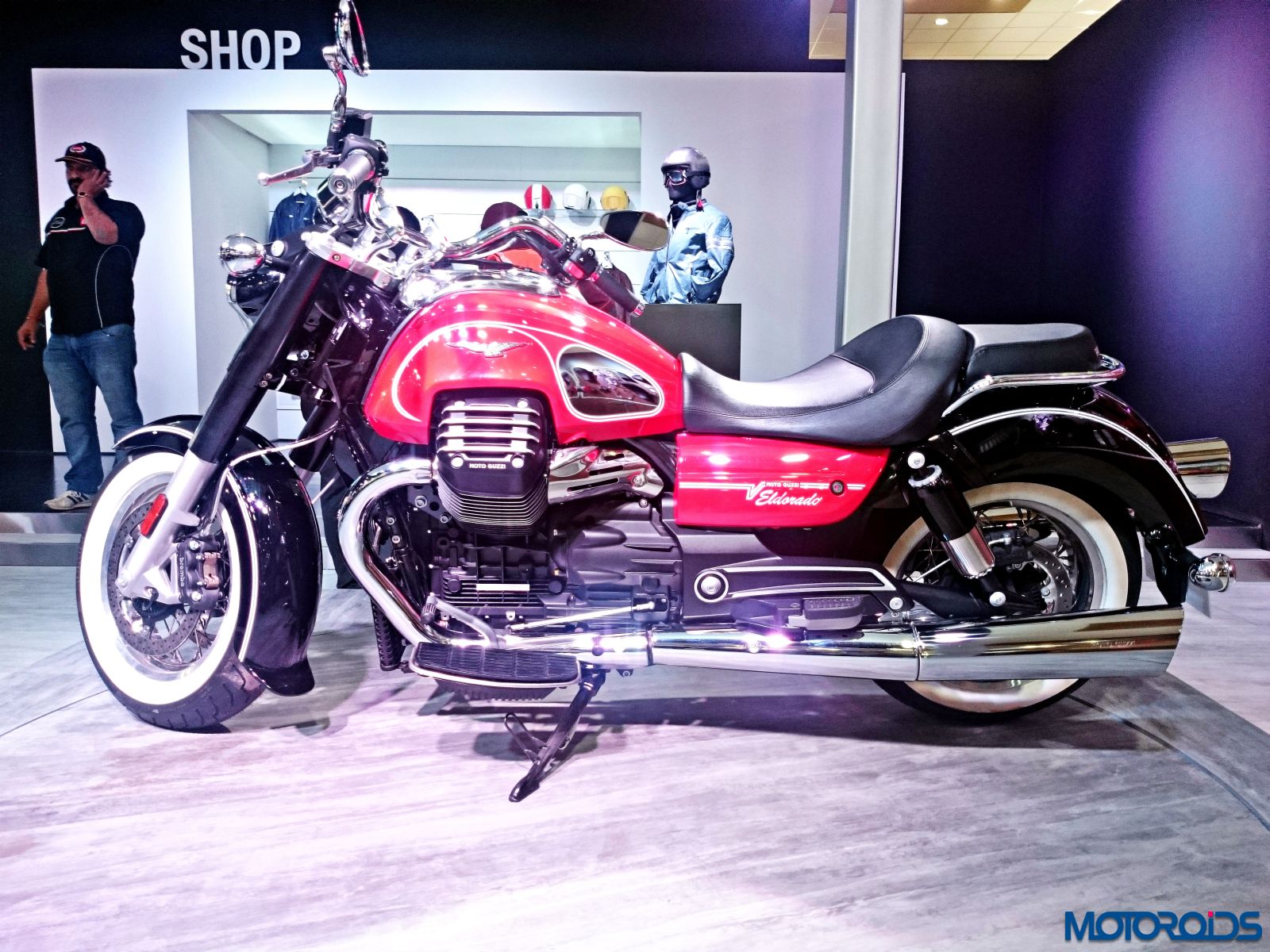 Piaggio showcased its range of brands at the 2016 Auto Expo, representing the beauty and might of the Italian motorcycles and scooters. Two of the products at the Piaggio pavilion came from Mandello del Lario, Italy based Moto Guzzi motorcycles – the V9 Bobber and the Eldorado.

First unveiled at the 2015 EICMA motorcycle show, the Moto Guzzi V9 Bobber at the show was painted in matte black with very few chrome highlights. A shorter seat has been designed to reveal the fender and high shoulder tyres. The steel tank in Moto Guzzi’s words, gets a contrasting chessboard pattern that is aimed to emphasise the V9 Bobber’s sporty nature. Well, they could have called it the chequered flag design to emphasise the sporty nature, instead of likening it to a chessboard. The Bobber gets the Euro 4 certification, while the safety net is provided with the addition of ABS and traction control. In the reduced power version, European buyers can ride the V9 with an A2 license. 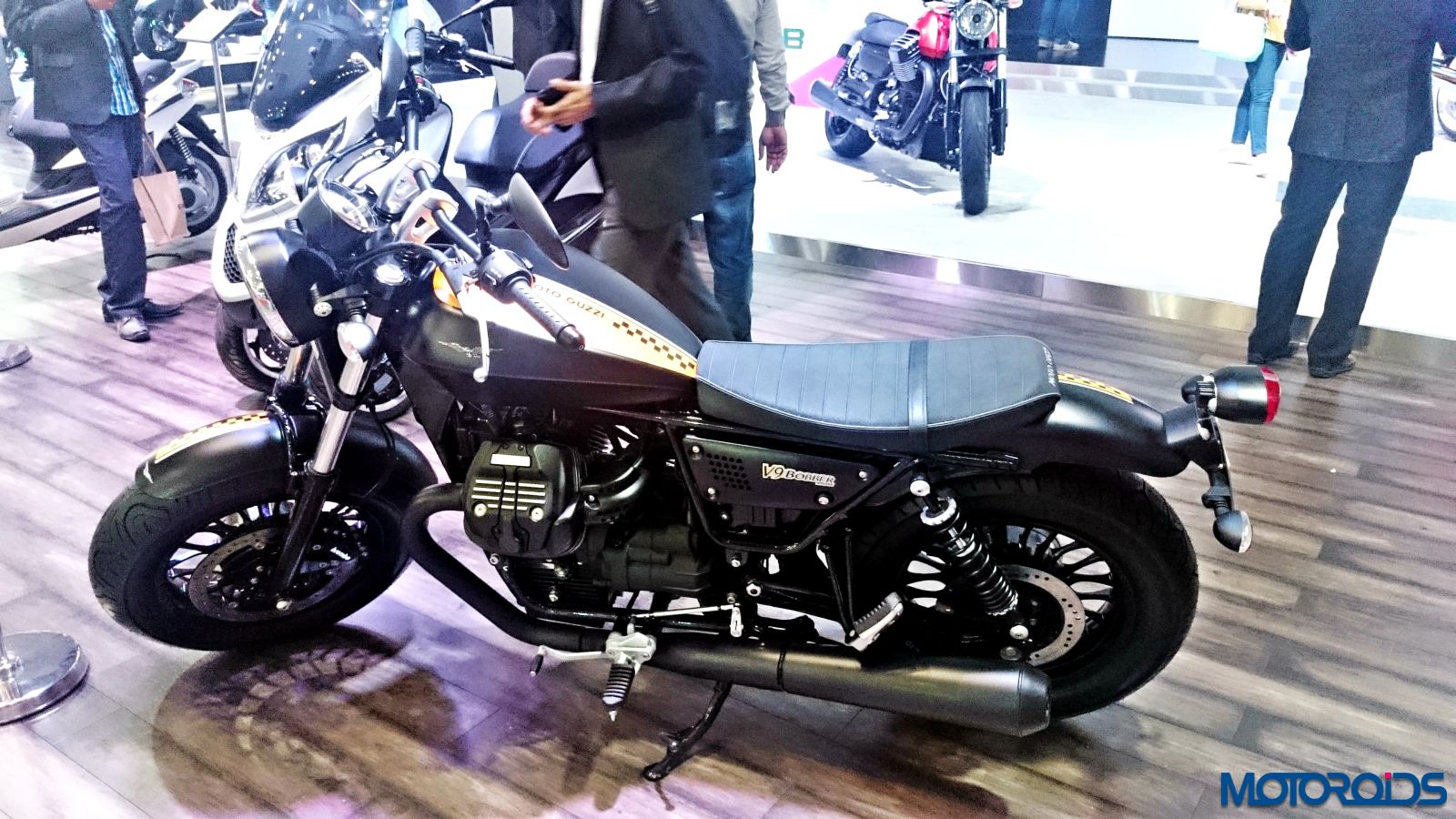 Powering the V9 Bobber is a 850cc transverse V engine that puts out 55 hp of power and 62 Nm of torque that kicks in at as low as 3,000 rpm – all that firepower is transferred to the wheels via shaft drive.

Unlike the V9 Bobber, the Eldorado, is a typical V-twin powered cruiser that comes loaded with chrome all over its body. Designed for a leisurely ride into the horizon, the Eldorado gets some really nifty design features such as spoked wheels with white-wall tyres and chrome tank cheeks. The well-padded saddle, cow-horn handlebars and floorboard footrests are typical cruiser motorcycle traits that are aimed to deliver a comfortable ride. 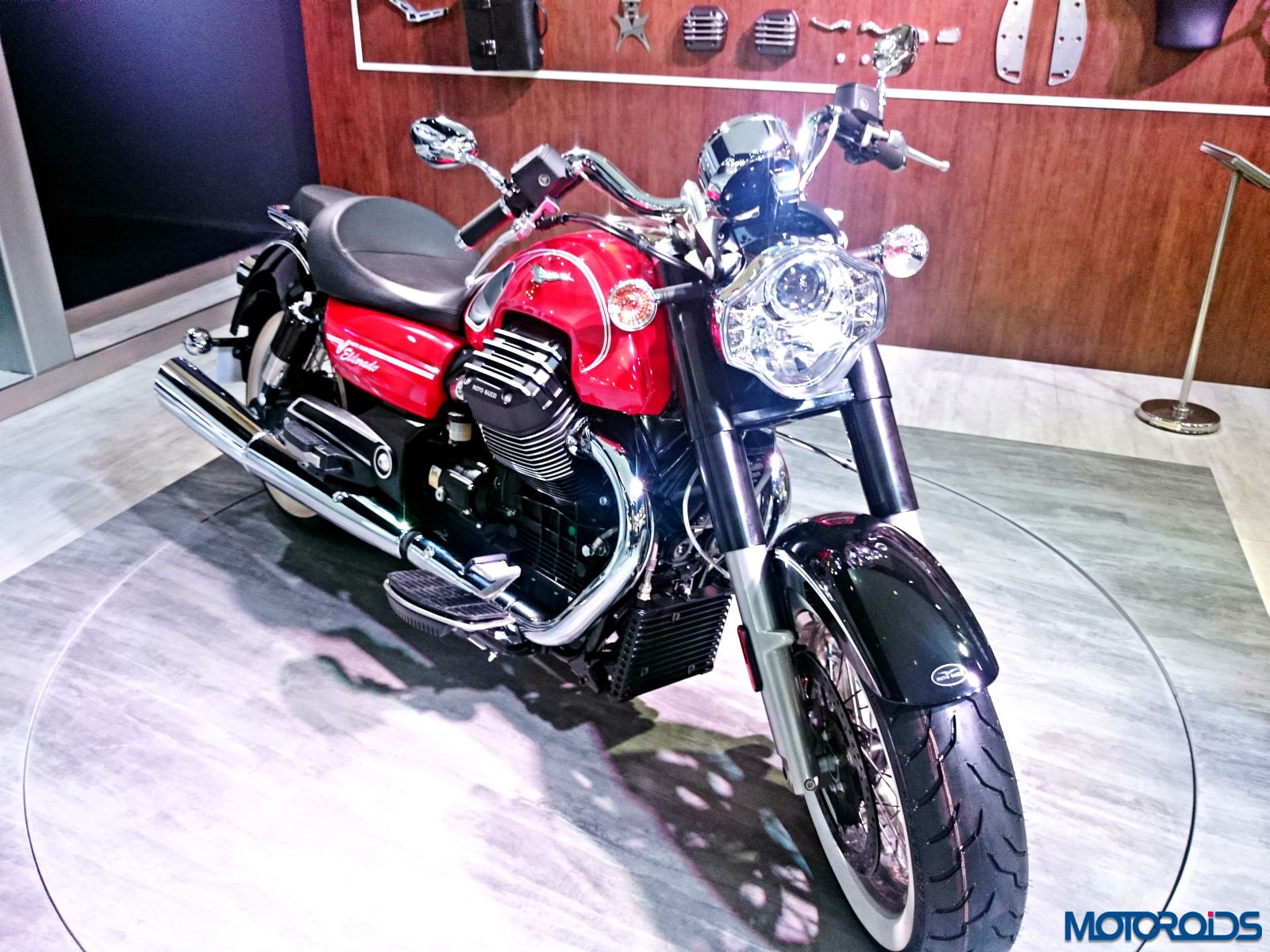 Here are some more images of the Moto Guzzi V9 Bobber and Eldorado from the 2016 Auto Expo.