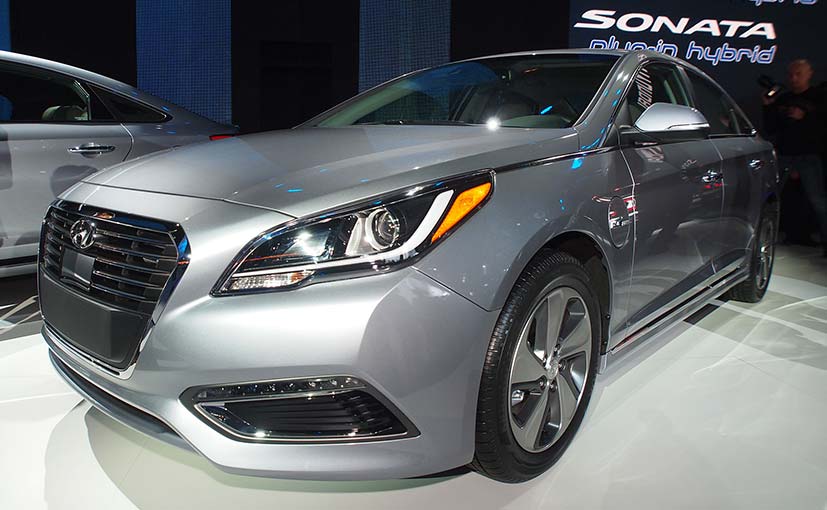 Hyundai India showcased the 2016 Sonata Hybrid at the Auto Expo in Delhi. The Korean based manufacturer had recently discontinued the fluidic Sonata due to low sales numbers but with this showcase, we see Hyundai hinting at a possibility of launching the Sonata Hybrid in the future for the Indian market. 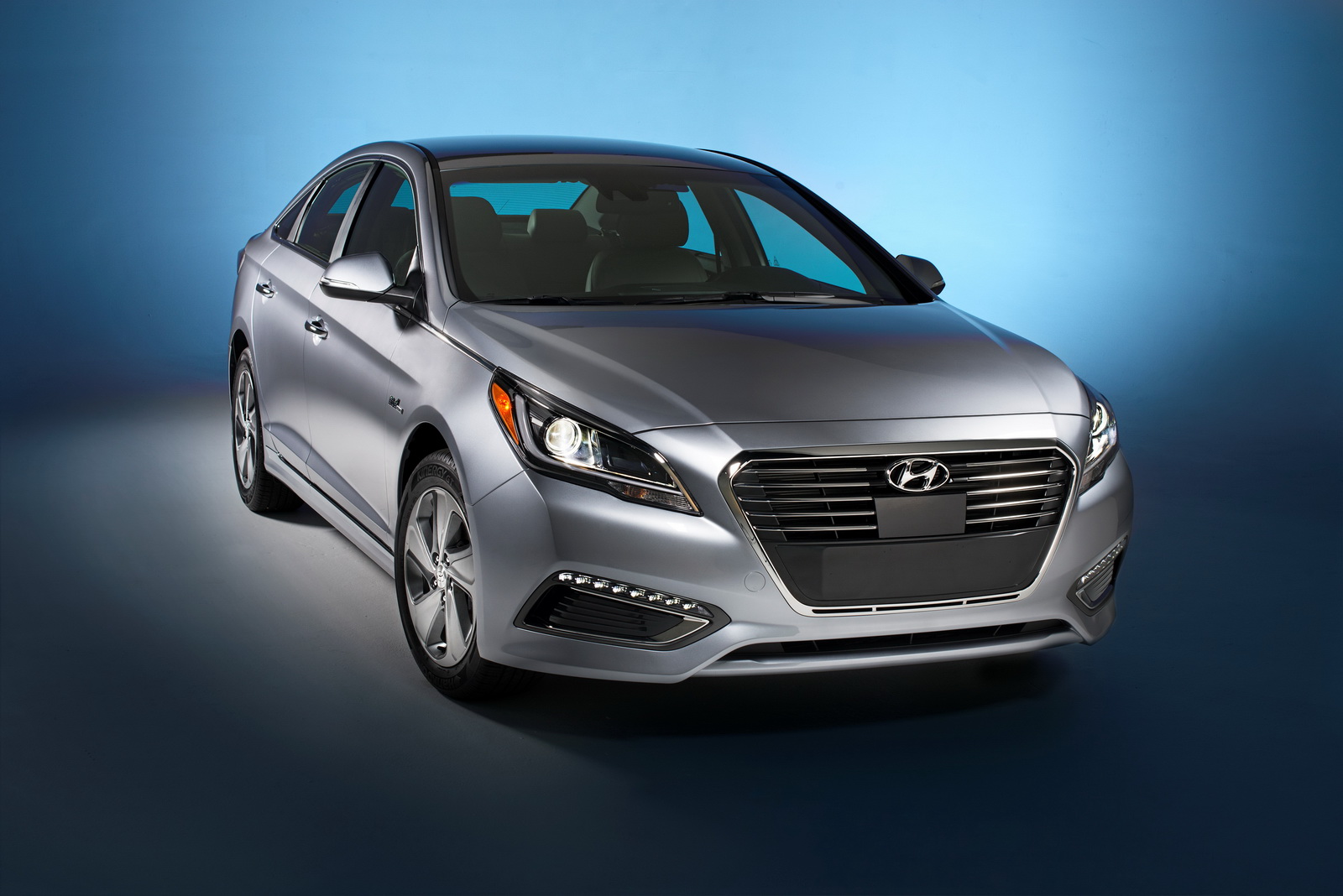 The 2016 Sonata Hybrid features some slight tweaks to the design aspect that give the vehicle a fresh look. On the front fascia, the 3 slat chrome grille from the previous generation is replaced by a sleeker 5 slat trapezoidal chrome grille while the conventional headlamp cluster makes way for a projector headlamp setup with an LED DRL strip right below it. The front bumper gets a sharper design while the fog lamps are LED powered with the fog lamp housing coming featuring black accents. A chrome strip can be found right from the ORVM going on ahead till the headlamps on either sides. 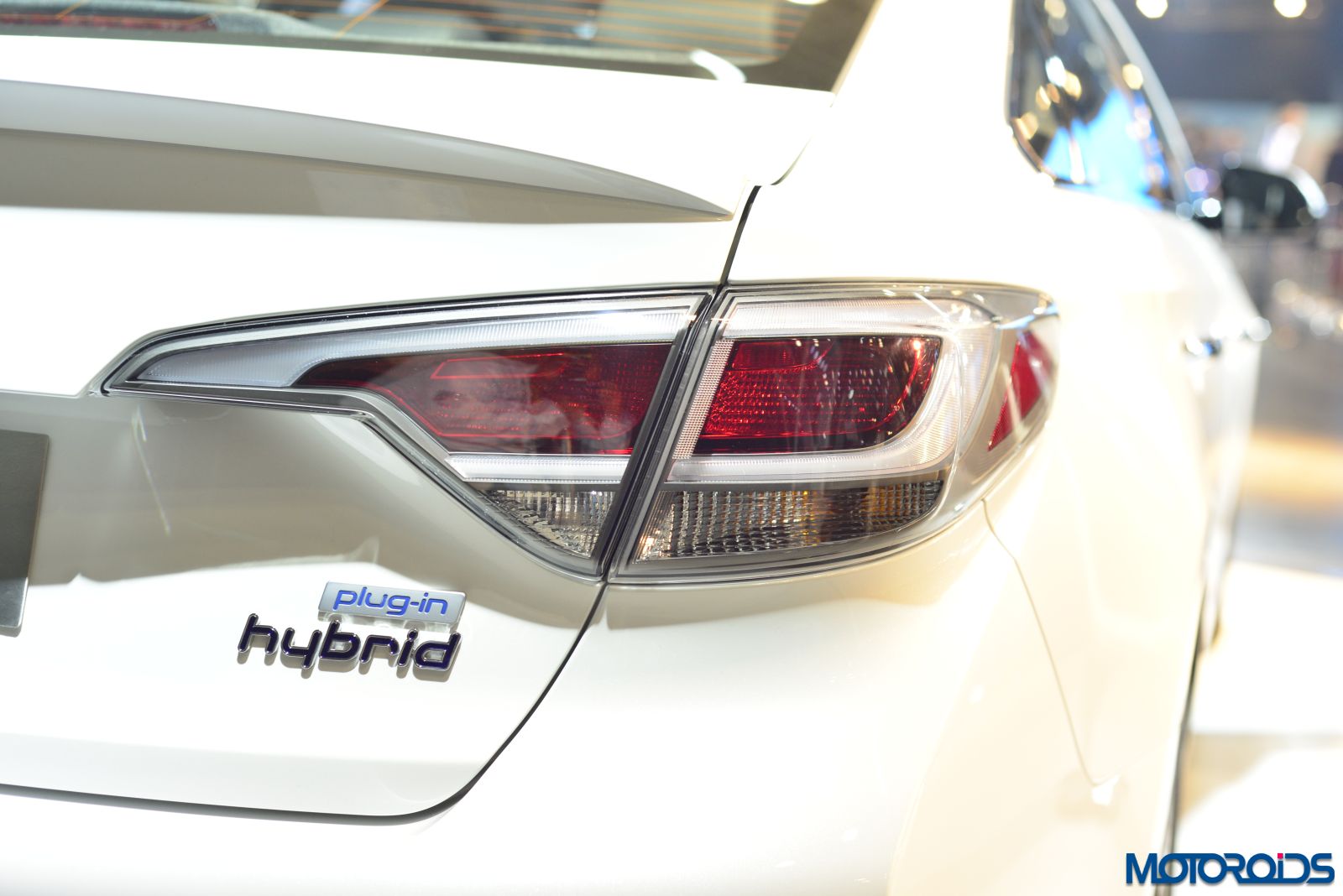 On the posterior of the Sonata Hybrid, LED tail lamps have replaced the conventional tail lamps while the bumper has been given an overall sharper design. A plastic trim featuring the reflectors is an addition over the outgoing model. The plug-in cap can be seen on the left side of the Sonata Hybrid ahead of the front door and much below the ORVM. 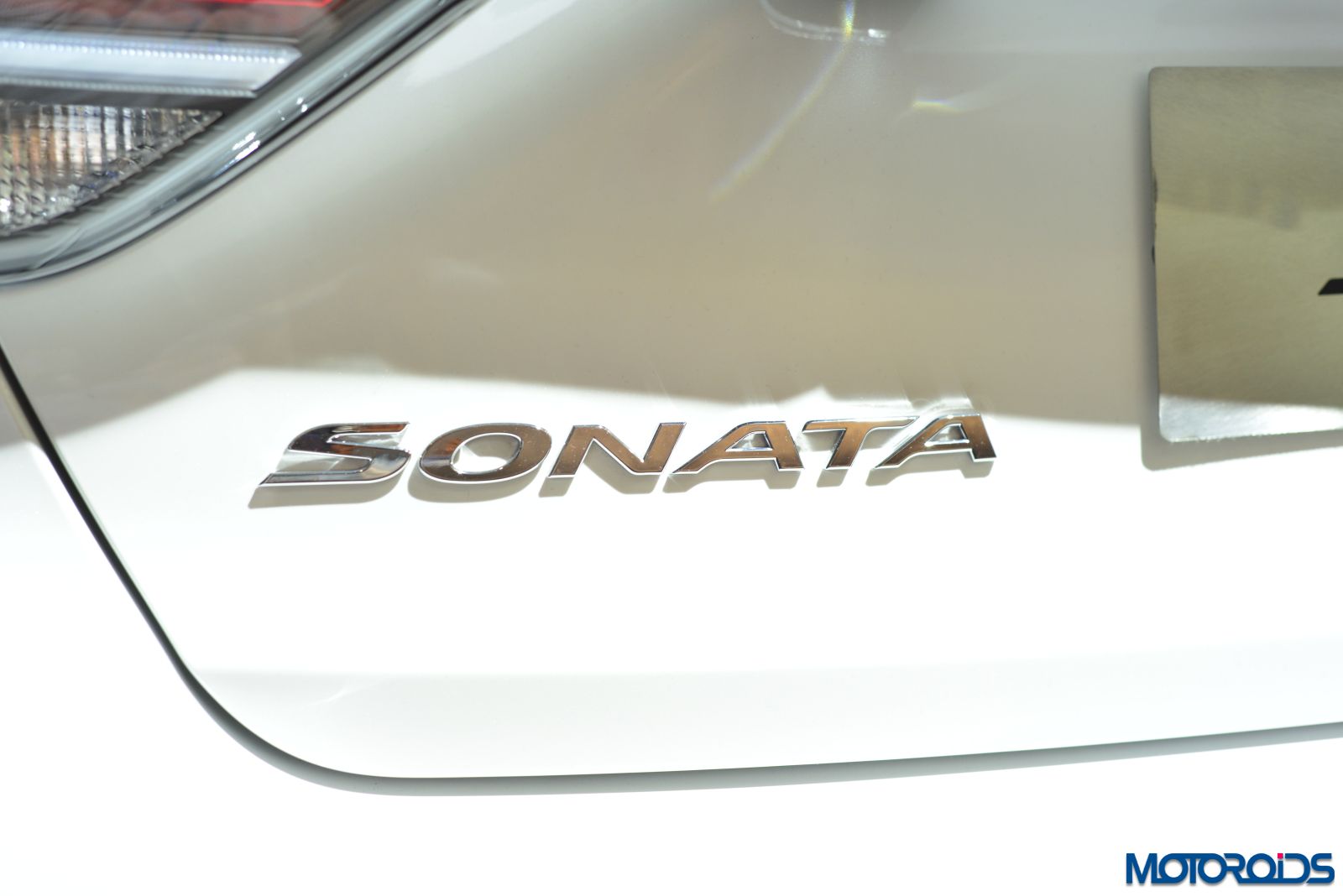 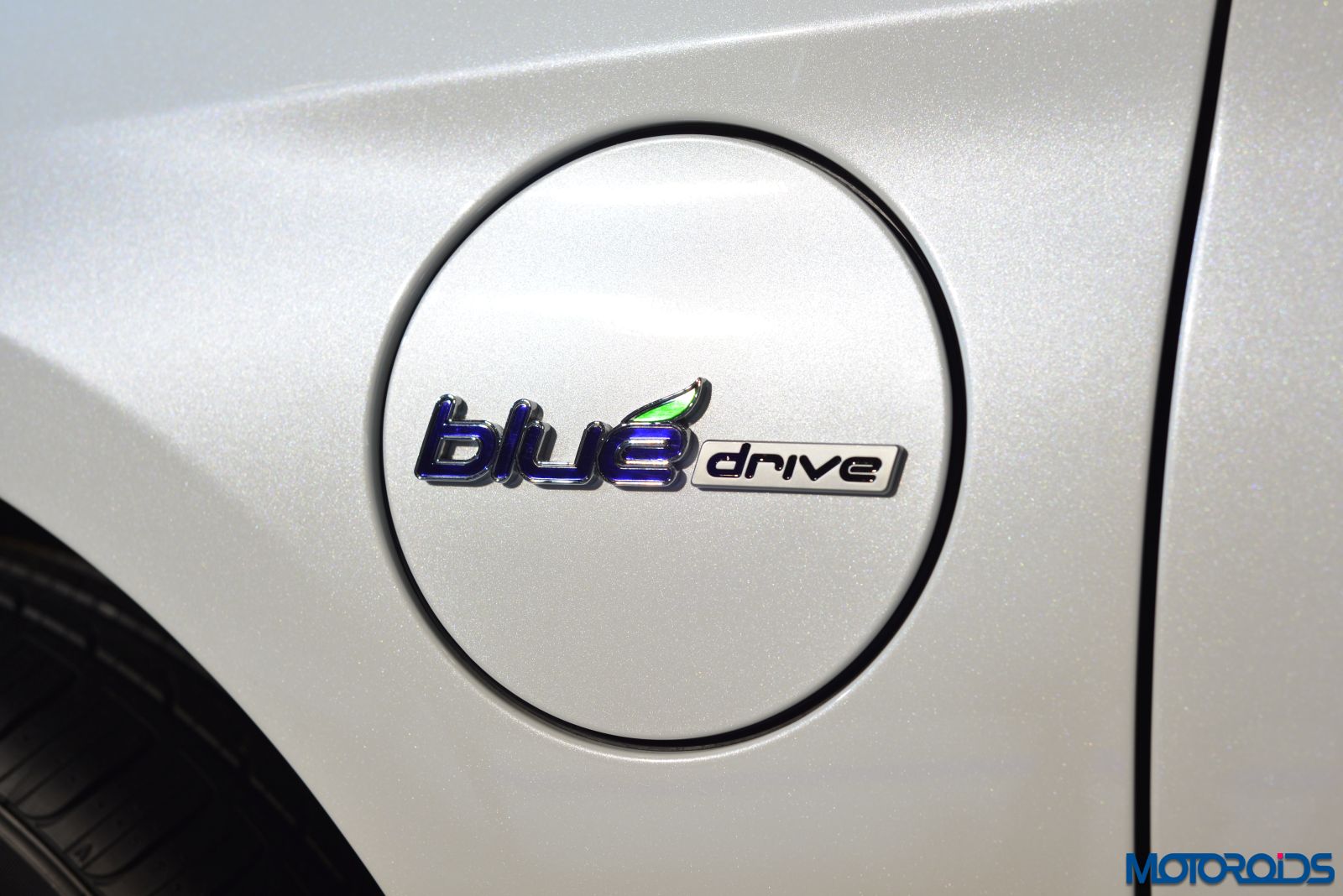 Coming to the interiors, the Sonata Hybrid internationally gets some features such as cruise control, rear A/C vents, a 12 V socket for the rear cabin, Apple CarPlay, Android Auto smartphone integration, an Infinity premium audio system, an 8.0-inch navigation system and driver seat with power adjustable lumbar support and memory. 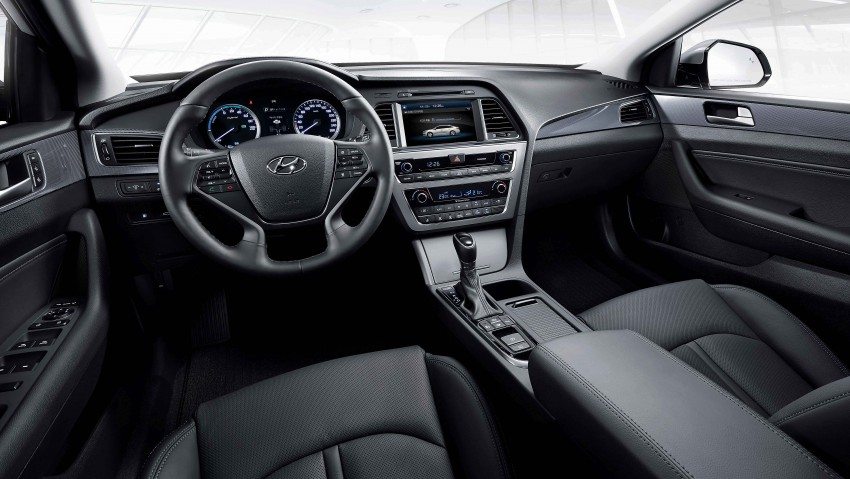 Although there is no news from Hyundai about bringing the Sonata Hybrid to India, we still feel there are chances that the model could come to Indian shores even though a certain time frame cannot be specified. If and when launched, the Sonata Hybrid may come with an approximate price tag of about Rs. 30 lakhs and would take on the likes of the Toyota Camry Hybrid and the Honda Accord Hybrid (yet to be launched).

Following is the detailed image gallery for the 2016 Hyundai Sonata Hybrid: