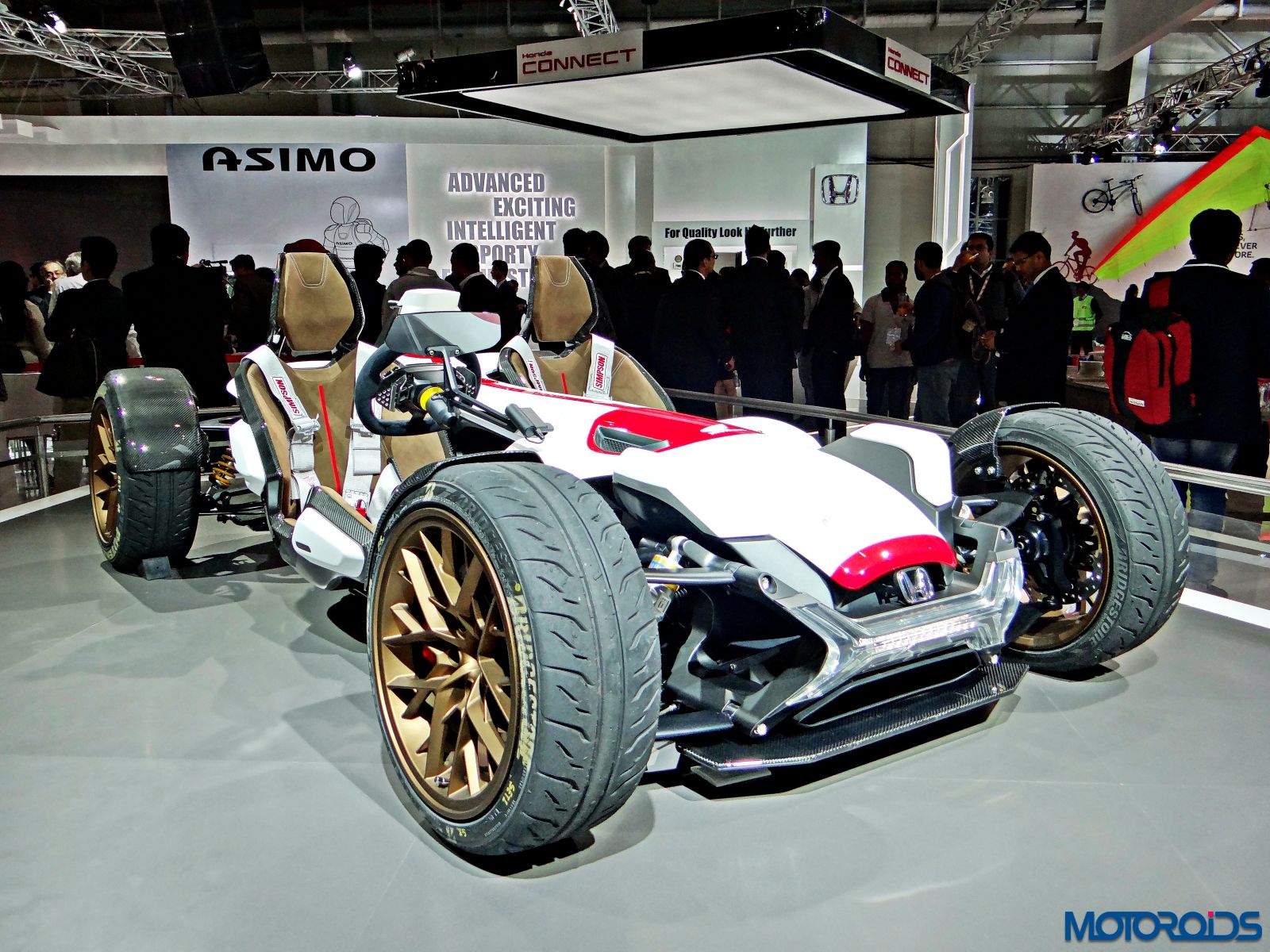 Last year, Honda unveiled its new experimental concept, the Project 2&4, that was developed with the brand’s learnings in both two- and four-wheel mobility. At the time of its debut, Honda said that the concept is “the freedom of a motorcycle and the manoeuvrability of a car”. The concept that made its global debut at the 66th Frankfurt Motor Show, is now on display at the ongoing Auto Expo 2016 in India. The Project 2&4 Concept was the winning entry from Honda’s ‘Global Design Project’.

The concept is lavishly equipped with loads of carbon fibre to keep the weight in check while a set of Ohlins suspensions perform the damping duties. A multifunction Formula 1 style steering wheel is equipped with all the necessary switches including a Start/Stop button, turn indicator controls and paddle shift. Suspension setting and engine map can also be adjusted at a flick of a switch with respective buttons at the bottom of the steering wheel. A heads up display indicates all the necessary information. 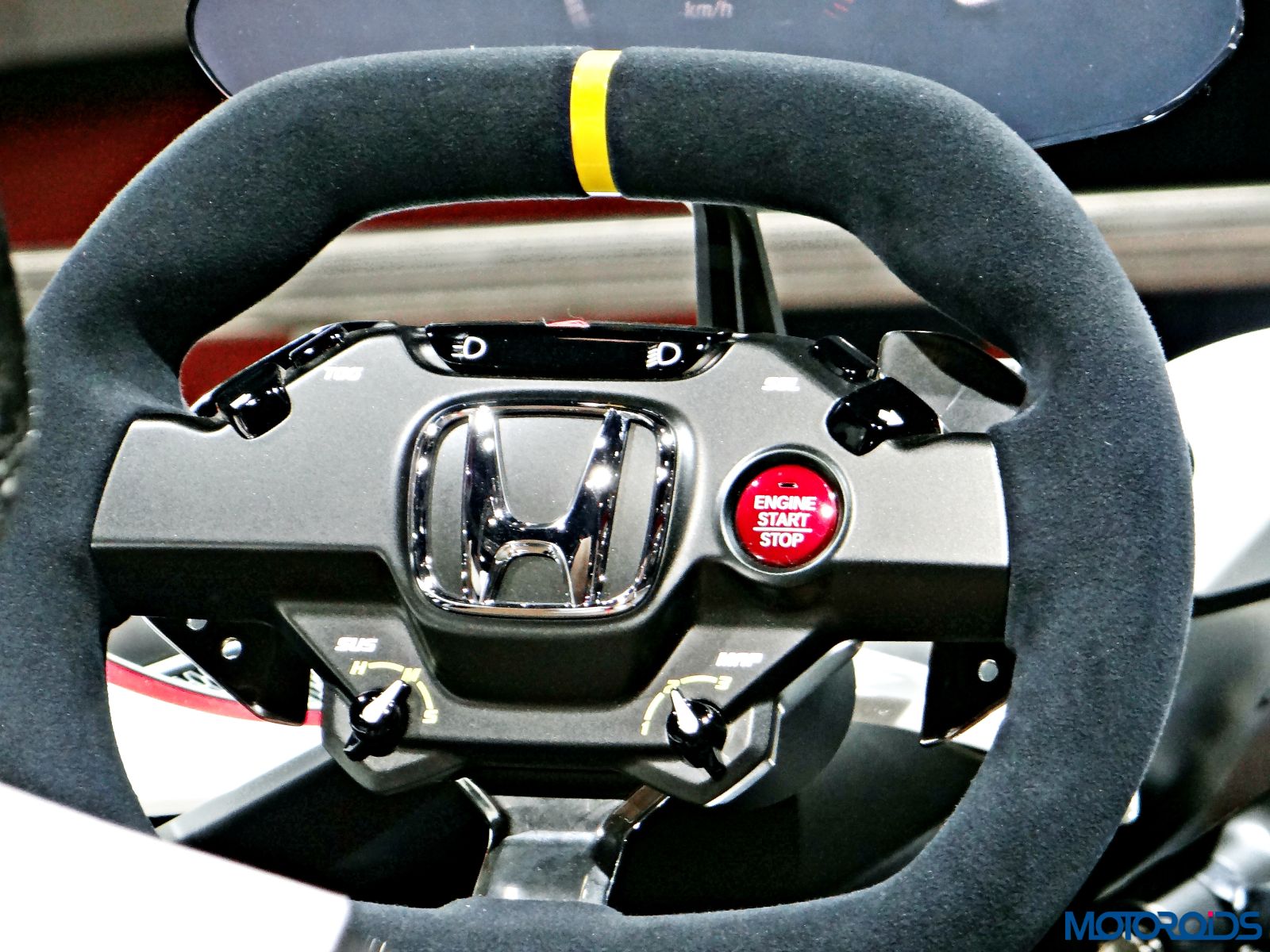 Tipping the weighing scale at 405 kg, the Project 2&4 concept comes coupled with a mid-mounted, race derived engine that screams to a 14,000 rpm red line. Propelling the Honda Project 2&4 is the same power plant that performs the duties on the RC213V MotoGP motorcycle. Specially tuned for the public road, the 999 cc V-4 four-stroke unit’s peak power output is over 215 PS at 13,000 rpm, while peak torque of over 118 Nm is delivered at 10,500 rpm. Transmission is provided by a six-speed DCT gearbox.

The Project 2&4 concept is an admirable piece of machinery and you can get a glimpse of the vehicle at Honda’s stand at the 2016 Auto Expo. Meanwhile, you can check out the image gallery below and share your views about the Project 2&4 through the comments section.