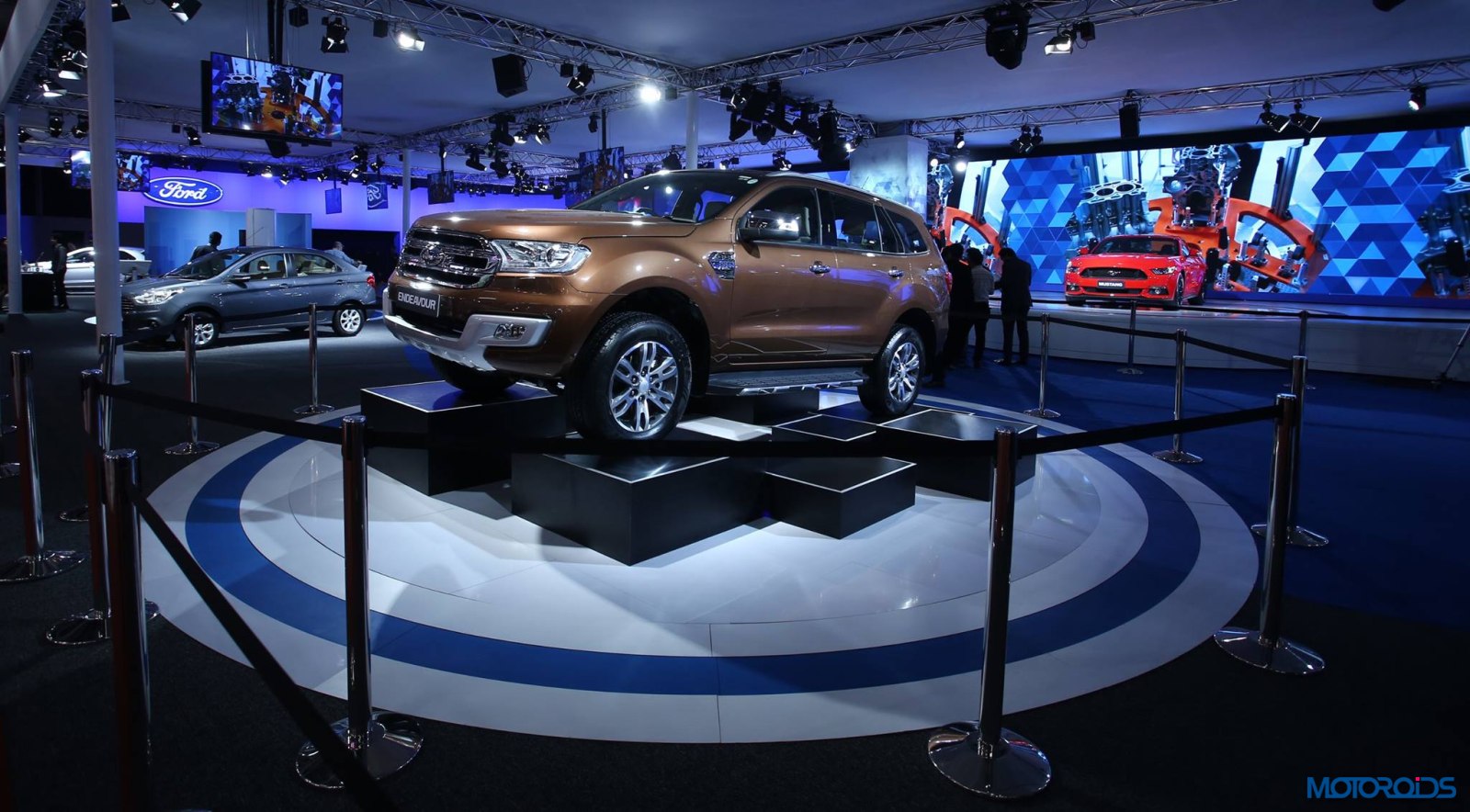 In addition to the showstopper Mustang at the 2016 Auto Expo, Ford also showcased the new Endeavour, along with its entire car lineup and a host of activities for the visitors. The current products showcased at the show were led by the new Endeavour, forming the basis for the strongest line up ever by the carmaker at the motor show. Alongside the Endeavour the Ford Pavilion also displayed its entire portfolio comprising of the EcoSport, new Figo and Figo Aspire.

Ford also showcased its advanced Ecoboost powertrains on a Touch Table with an EcoBoost 360° Display with three 32-inch touchscreens inviting visitor interaction. The section allowed visitors discover more about how the EcoBoost engine solves the power-emission conundrum so effortlessly. 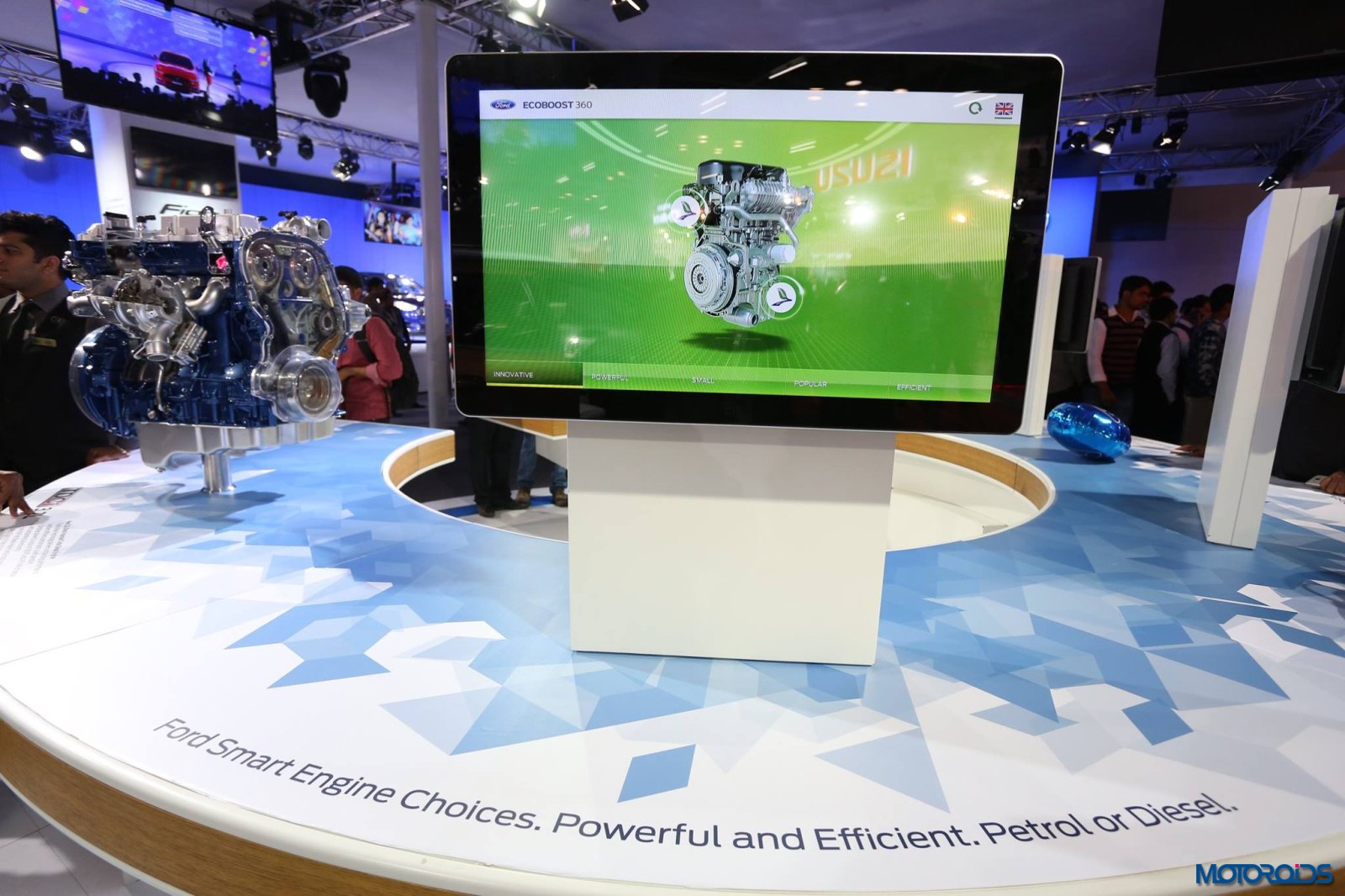 In addition to its products, Ford India also emphasized on its commitment to the Indian market. A part of the message was conveyed through Ford’s recently launched Service Price Promise that guarantees fixed costs for routine service and maintenance. Customers can now use the recently launched Service Price Calculator on Ford India’s website for complete cost transparency.

Interestingly, Ford’s pavilion wasn’t just product centric. It focused as much on the people who participated on its exhibit area as it did on its own product lineup. Interactive activities for the audience made the pavilion a happening place to be. 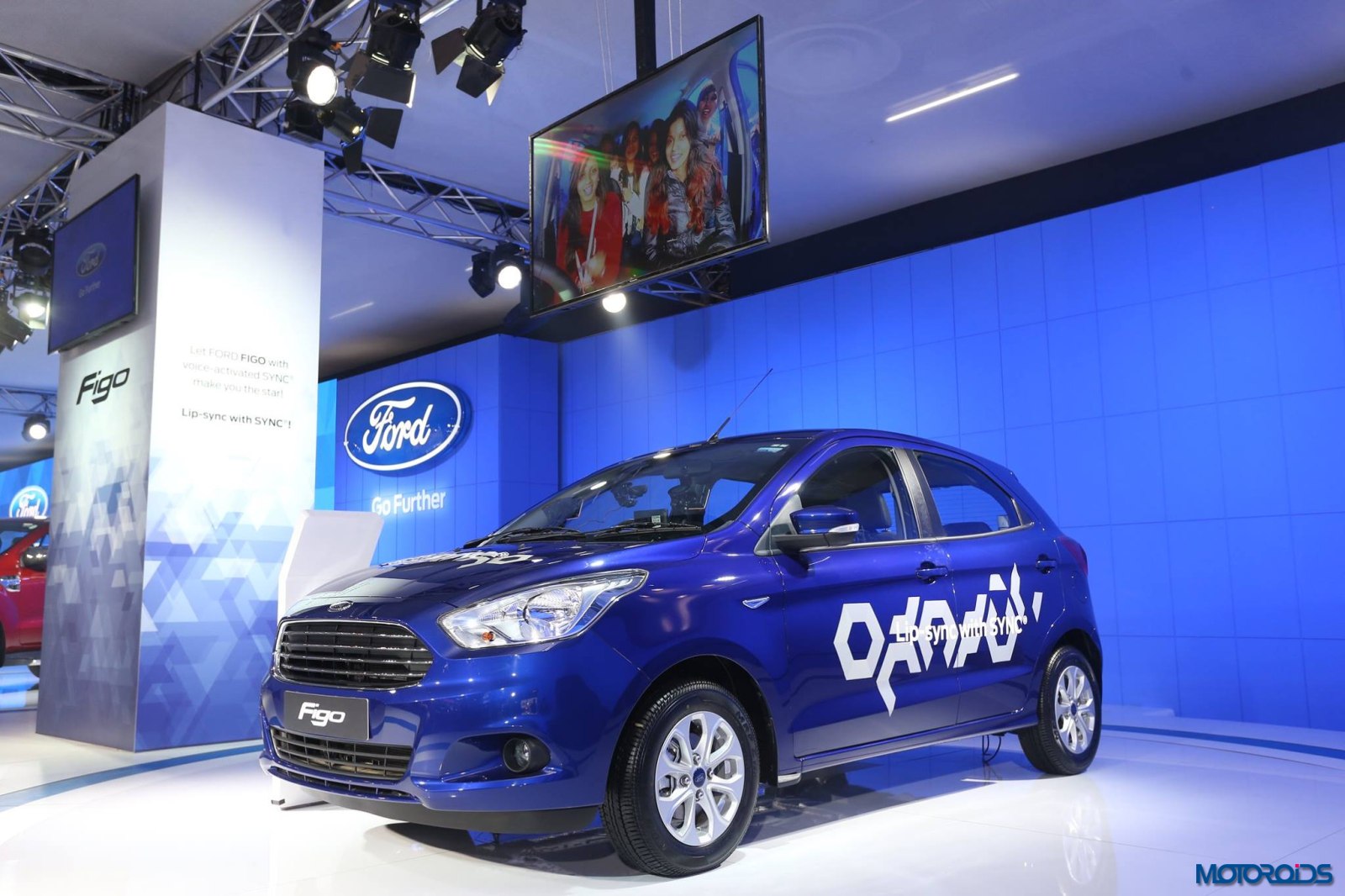 Visitors to Ford’s display could experience LIP SYNC WITH SYNC in a new Ford Figo. This display invited visitors to sit in the car and pick a fun and catchy song to lip sync to. After recording a lip sync session, they could share it on their social media channels. 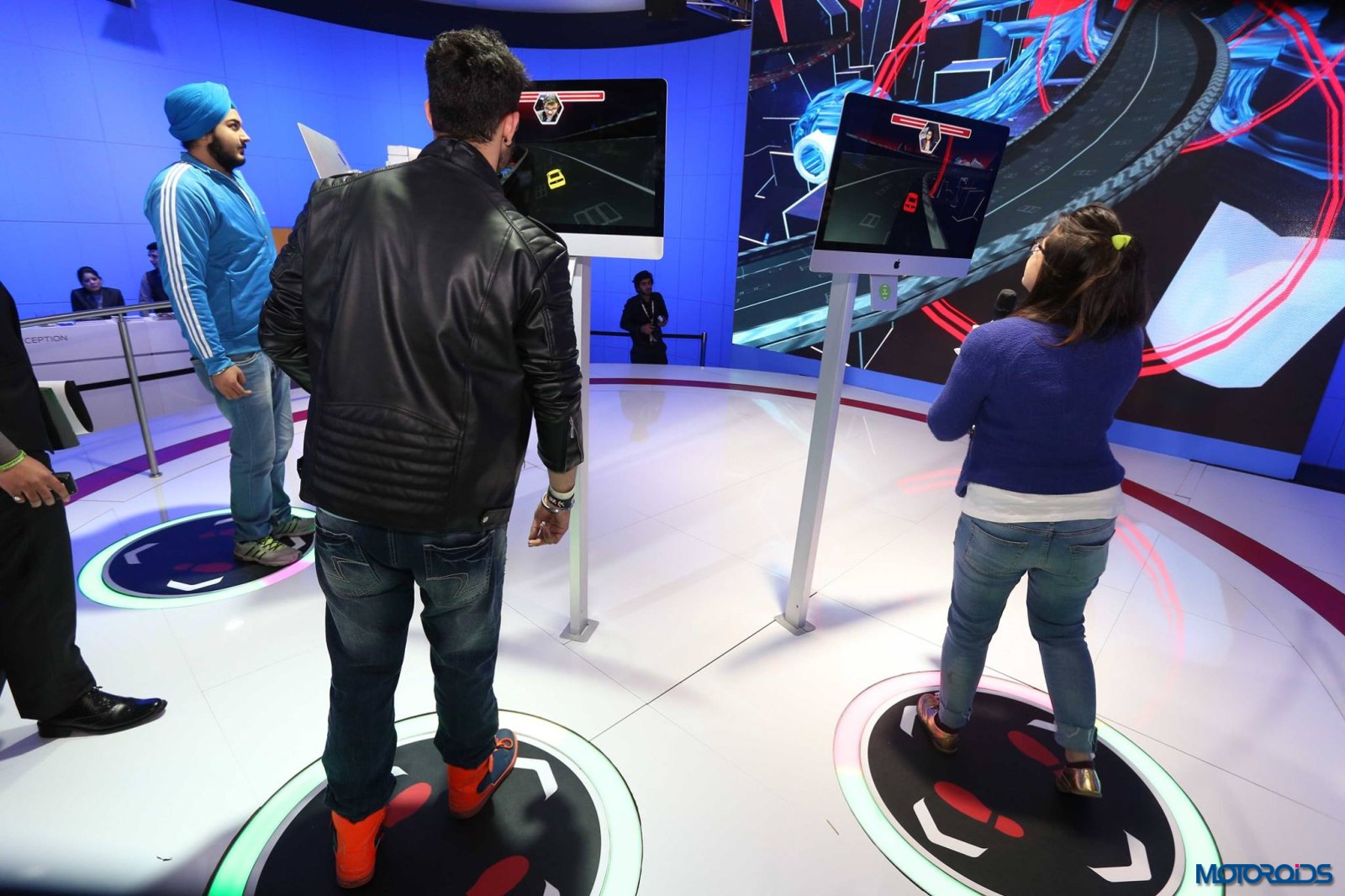 Guests were also allowed to take part in a unique 180 degree Slow Motion Portrait, where they were invited to jump on stage to take a slow motion photo against a graphical backdrop, which then produces a fun and highly shareable 15-second slow motion clip of their portrait with simple overlaid graphics highlighting Ford safety features.

At the Ford Smart Mobility stand, guests had two touchscreens which let visitors interact with a 3D globe, select a city and watch a video of how Ford is driving innovation and research in that part of the world. 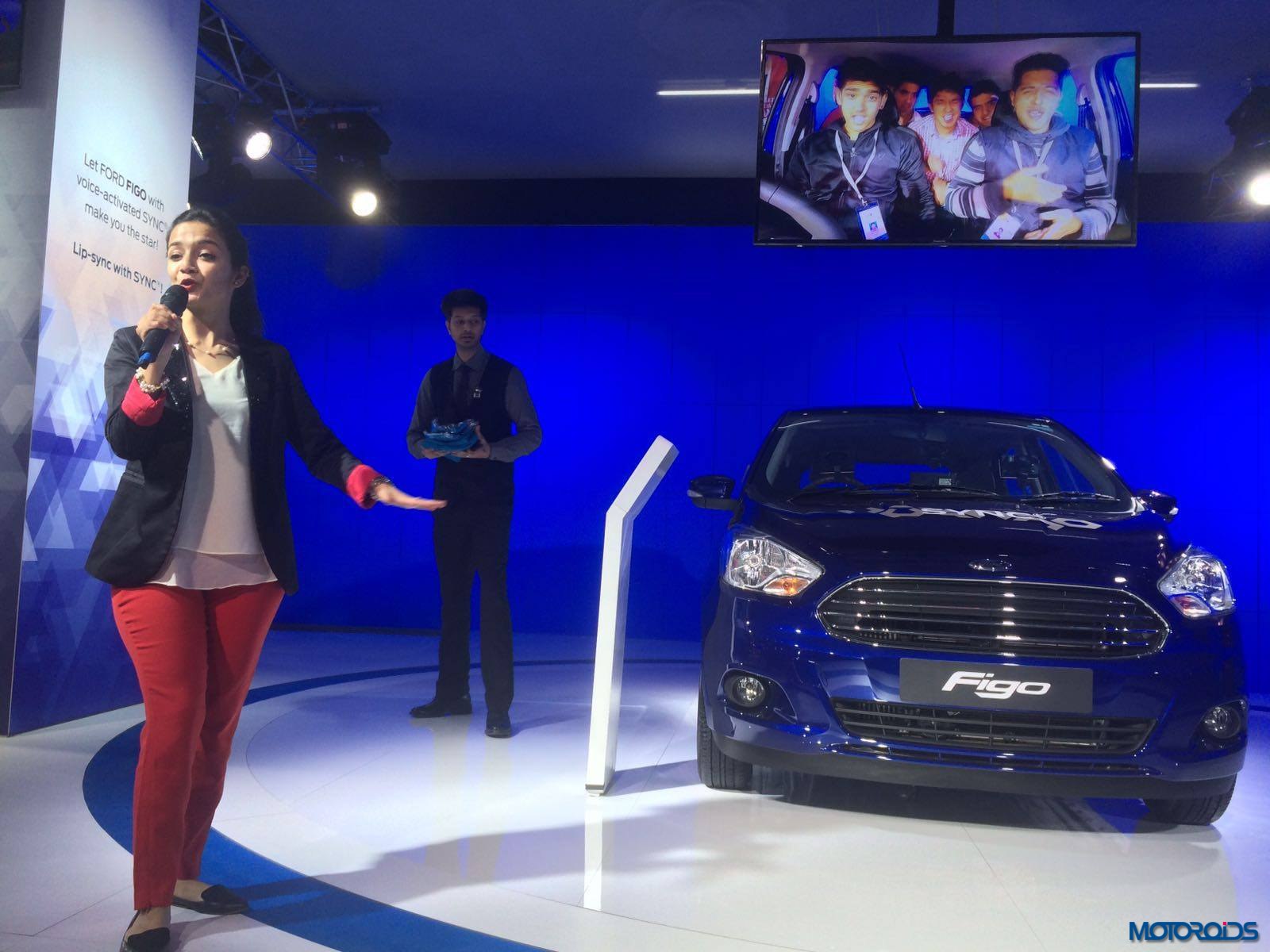 Guests of all ages could also design, paint and color their own Ford badge to wear at the show and take home.