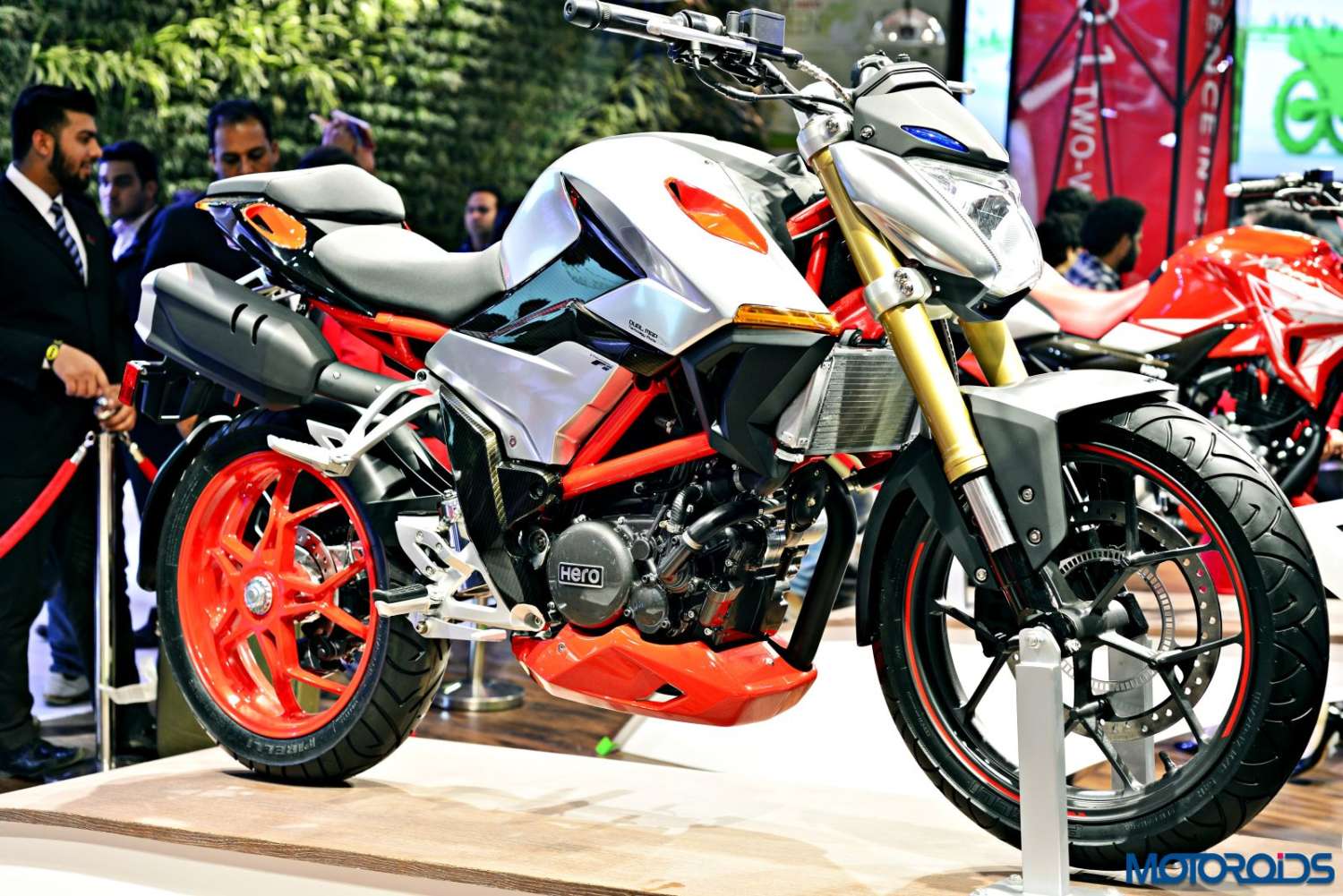 Hero MotoCorp’s stand at the 2014 Auto Expo was a huge surprise for the visitors with India’s largest two-wheeler manufacturer showcasing some really interesting concepts. The HX250R and Hastur 620 hogged drew crowds in hordes to Hero’s pavilion and sent the media and auto enthusiasts in a tizzy. We were excited to cover the Hero MotoCorp exhibit at the 2016 Auto Expo. Did it live upto the expectations? We would have to say the needle tilted slightly towards the negative side. The Hero XF3R Concept, for us here at Motoroids was a bit of a downer. Here’s why. 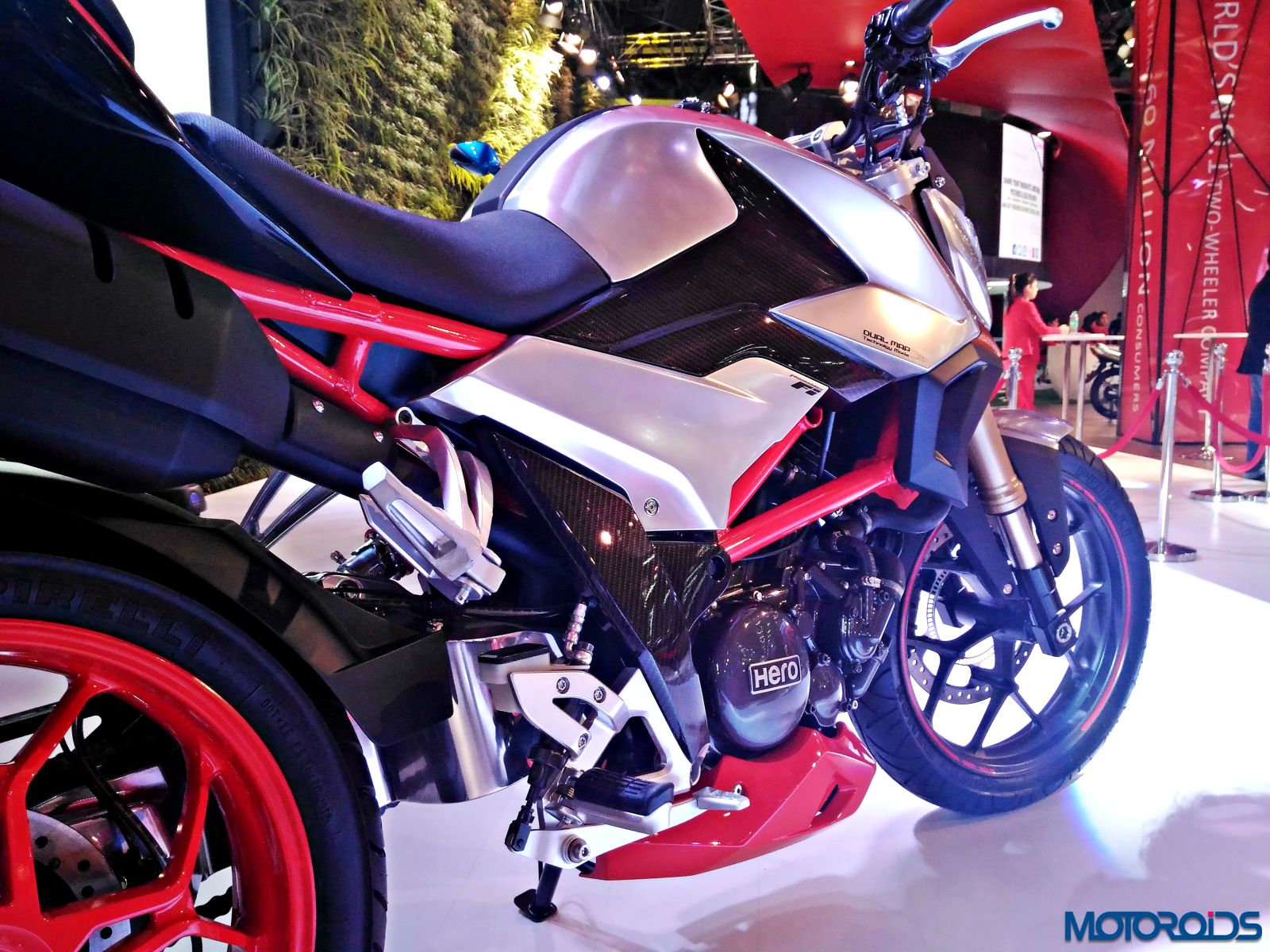 The Hastur 620 was completely absent from the 2016 Auto Expo which is a possible effect of Hero’s former partner EBR going bankrupt. The Hero HX250R, this time sans the “R” badge, was production ready but did not grab as much attention as 2014. Lastly, there was no sign of the interesting scooters, such as the Zir, that were displayed at the 2014 Auto Expo and the rest of the products were just cosmetically updated models with some refreshed colours and graphics. If we were Hero, we would have banked heavily on the absence of biggies like Bajaj Auto, Royal Enfield and Harley Davidson, drawn out some kick-ass concepts, something on the lines of the Hastur, and become the absolute darlings of the bike fans in the bargain. The leading two-wheeler maker  from India, however, opted to keep the show simple. Did it work for them? Well, they still managed to win the award for the best two-wheeler pavilion, but fell short of winning our hearts.

Talking specifically about the XF3R – it’s a decent looking machine, but does it have the makings to become a showstopper? We’d like to think not. Here’s what you need to know about this concept machine. 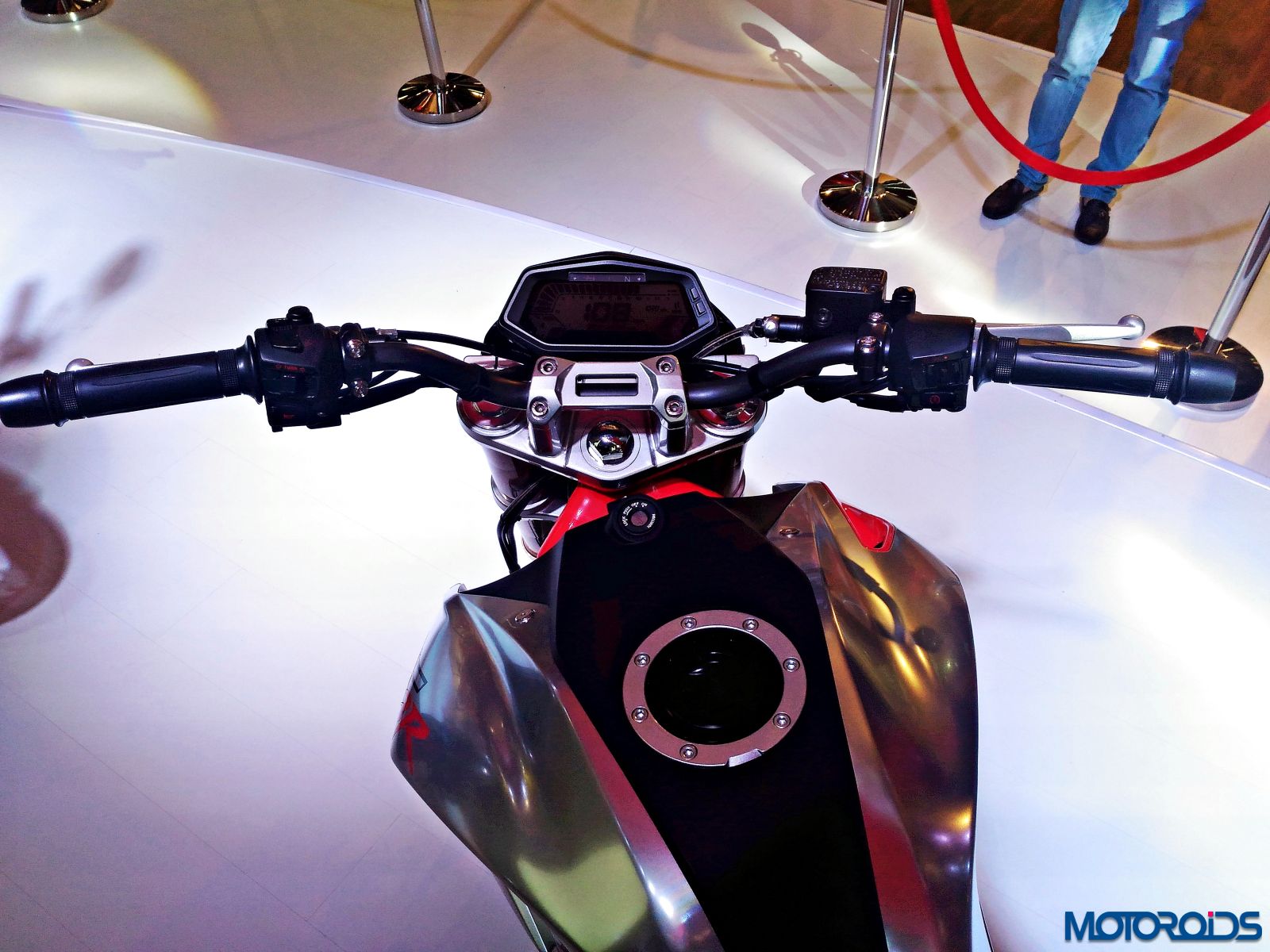 The XF3R is Hero MotoCorp’s attempt to climb higher onto the displacement rungs. The concept is a good leap by the Indian two-wheeler maker but it did not become a talking point as the Hastur 620 back in 2014. The motorcycle gets a muscular design and comes equipped with some really good features such as meaty inverted front forks, single-sided mono-shock and swingarm, functional air-intakes and Pirelli Sport Demon tyres. But it somehow fails to evoke that wow factor. The switchgear on the concept looks like a disaster and once again, the engine kill switch was missing.

Featuring a combination of silver, black and red for its livery, the XF3R appears to have been imagined at the hands of an amateur designer. The concept lacks cohesion and certain panels stick out like a sore thumb. The minimalistic headlamp is a far cry from the overdone, bulky exhaust and everything in between seems to have been glued on to the body. If this is the direction the performance motorcycles from Hero are going to take design wise, then we don’t really see them doing too well for themselves. 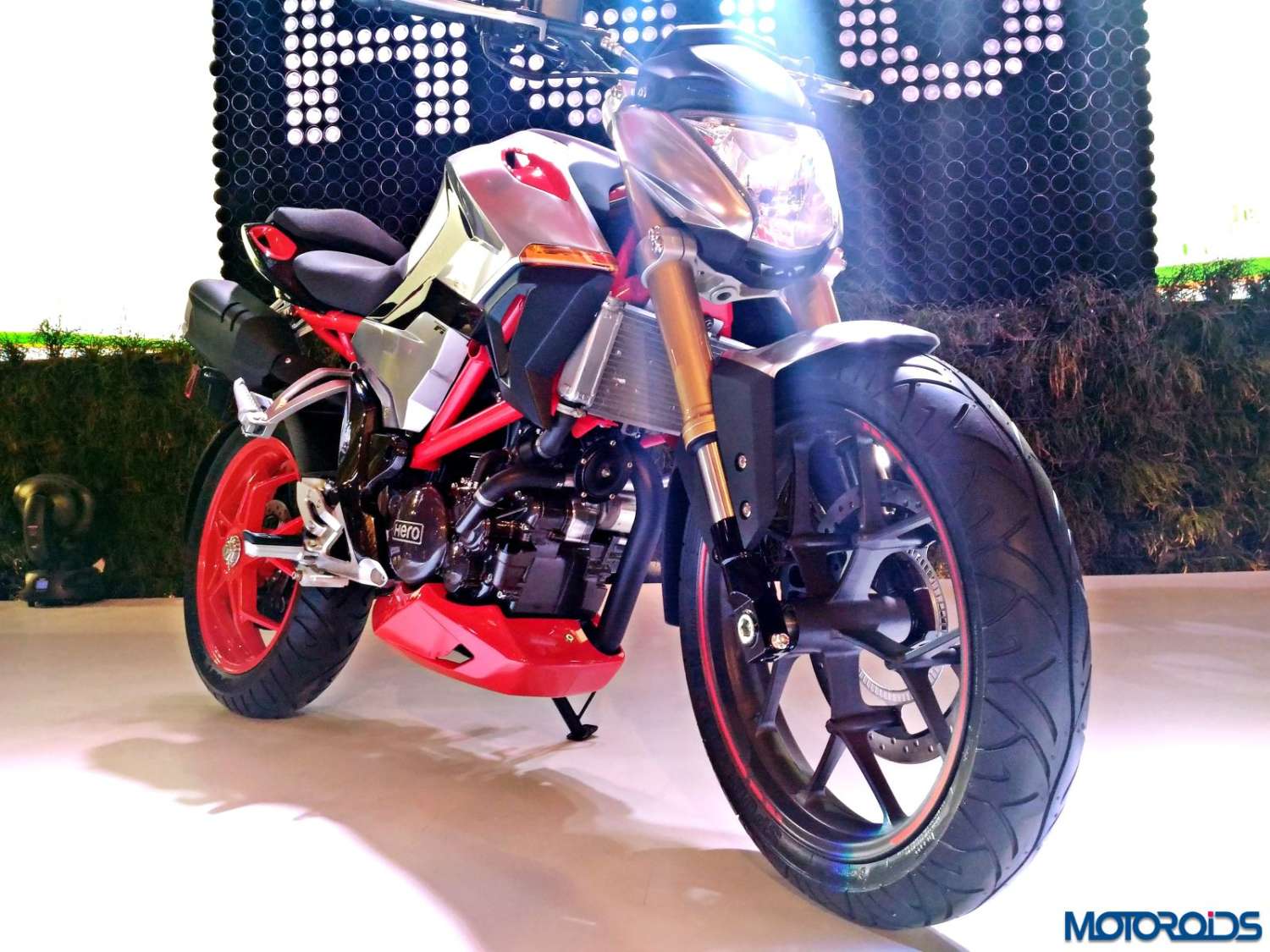 Mechanical details have been kept under wraps, and we really don’t have anything to share about the power output. The bike is meant to be powered by a 300cc liquid cooled single pot motor with DOHC setup and would come mated to a six-speed transmission. The motorcycle concept came with a geodesic tubular high strength steel chassis.

We would have liked Hero to come up with something more exciting than the XF3R. What about you folks? Would you part with your money for this sort of a motorcycle? Share your views with us through the comments section below. Check out the official video of the XF3R below, followed by a detailed image gallery.