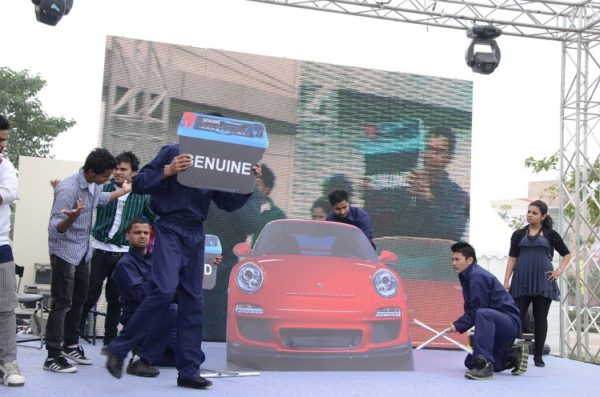 In SIAM’s first ever initiative at Auto Expo to create awareness on counterfeit spare part market amongst visitors, they launched ‘Say it with a slogan’ to connect with young and tech savvy audience.

During the Auto Expo 2014, SIAM engaged visitors via three ‘SIAMFightingFake’ stalls which were placed at prime locations around the venue. Every stall had an interactive kiosk with Social Media integration to engage visitors in the campaign. Visitors were asked to share their slogan against ‘Fake” and best of the slogans were rewarded on the spot. We received an overwhelming response with over 3000 people sharing their slogans against fake and liking SIAM fighting fake Facebook page. The paintings based on Real v/s Fake theme, received by the painting competition held by SIAM ACG at different schools in Delhi and Mumbai were also rewarded and displayed on one wall at all the three stalls. 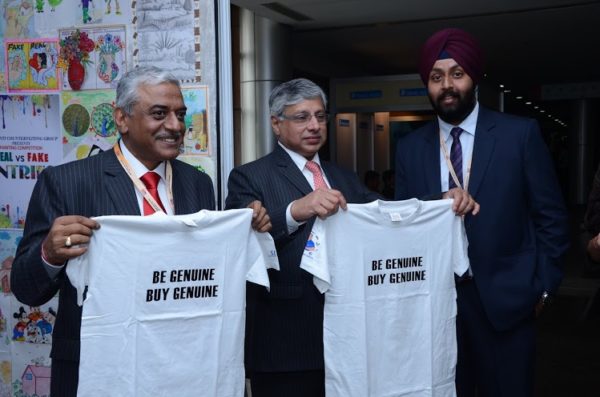 Along with this, there were 3 pledge walls placed viz. at the entry to the VIP Lounge, at the entrance to the building near Hall 7 and at the exit of Hall 8. Visitor Pledge Wall was placed to motivate visitors to use genuine spare parts for their vehicle and create awareness about the risks involved in using spurious spare parts. SIAM Pledge Wall was signed by Industry Leaders, CEOs and senior officials from various organizations at Auto Expo – The Motor Show 2014. The dignitaries included Mr. Vikram Kirloskar, (President SIAM), Mr.Rajesh Bagga (Chairman SIAM ACG) and Mr.R.S.Kalsi (Co-Chairman SIAM ACG) , Mr.Takashi Kikuchi (President ISUZU) to name a few.

Mr.Rajesh Bagga, Chairman, SIAM ACG said “SIAM has brought the entire automobile industry together to fight the menace of counterfeiting parts. We will make spares available freely and distribute them deeply. It is not about the price but safety of the consumers”

Mr.R.S.Kalsi, Co Chairman, SIAM ACG said “We are not competing with the local spares market on price point, but yes, we are definitely charting out the plan to spread more awareness on the local market and dealer to use only OEM spares, because not only that’s safe for the end user but that’s the ethical way of doing business”