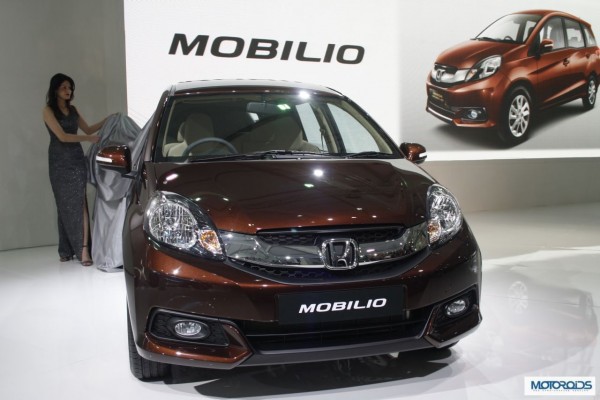 We are reporting LIVE from  Auto Expo 2014 and the highly anticipated Honda Mobilio just made its India debut. Here are some images and details from the event. 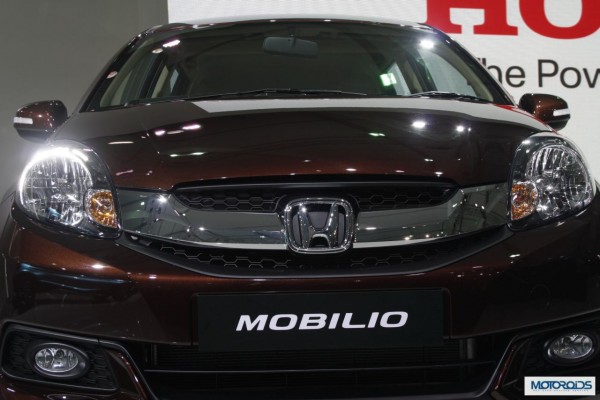 The new Mobilio MPV is based on the Brio hatchback and made its global debut at the 2013 Indonesia International Motor Show last year.The new Honda Mobilio MPV  is being manufactured by Honda Prospect Motor at its new production facility in Karawang, West Java and the car is already on sale in Indonesia.

The soon to be launched Honda MPV has been tailor made for developing markets, such as that of Indonesia and India, and is likely to enter the Indian car market around the festive season this year. The Mobilio will enable Honda to take the fight straight to Maruti Ertiga and the likes. 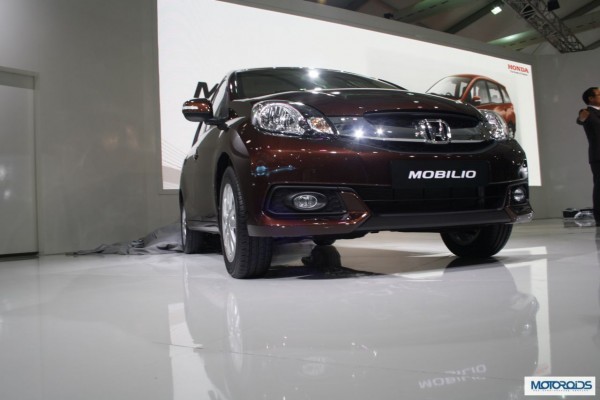 For the Indonesian market, the Honda Mobilio MPV is propelled by a 1.5 litre, 4 pot, 116bhp petrol engine. For the Indian market though, the MPV is expected to also get the 1.5 litre iDTEC diesel engine that powers the Amaze.

It is being expected that the Mobilio will go on sale in India for a starting price of around INR 6.25 lakhs.

Stay tuned to Motoroids for more updates on the Honda Mobilio India launch.