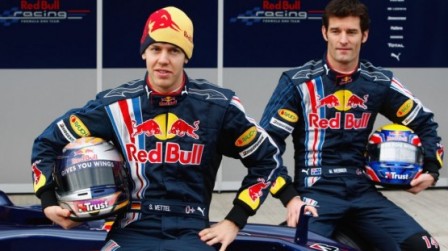 Red Bull have had more media coverage in the last 6 months than anyone else in Formula 1, including Michael Schumacher. First there were the obvious jokes about Schumi and “Baby Schumi” and their face-off. Then there was all that talk about Kimi Raikkonen. Bernie Ecclestone has been ranting on about Sebastian Vettel all through winter. Albert Park is local boy Webber’s home race. Lewis Hamilton spoke about Webber’s retirement plans yesterday. After Qualifying in Bahrain, the media declared them favourites for the title, a few million wannabe fans around the world switched loyalties and then something broke in the car (allegedly a faulty spark plug) which guaranteed “Red Bull” gossip over the last two weeks.

Former McLaren boss Ron Dennis has given the most interesting and reliable theory about Vettel’s car problem in Bahrain. Ron believes that the Red Bull is very high on fuel consumption and Vettel simply ran out of gas! He says that the ECU would switch to a low power mode if the car is running low on fuel. Incidentally, the CPUs installed on all the engines this year are manufactured by McLaren’s Electronics division! A lot of people have also expressed surprise at how Vettel managed to keep Rosberg behind in the closing stages of the race, in spite of driving around with a faulty engine component. 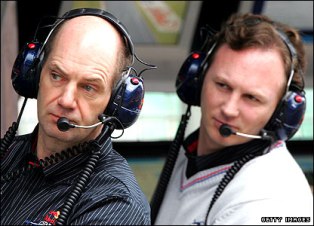 They have the fastest car. Nobody is denying that. And usually, it’s a case of ‘when’ rather than ‘if’ for other teams to catch up. But Red Bull need to maximize the early season advantage that they have. Brawn were unbeaten for well over half a season last year, and although 3 other teams overtook them in terms of car performance later on, it wasn’t enough to catch them in the championship.

In any case, in Formula 1, low mileage is a million times better than low reliability.