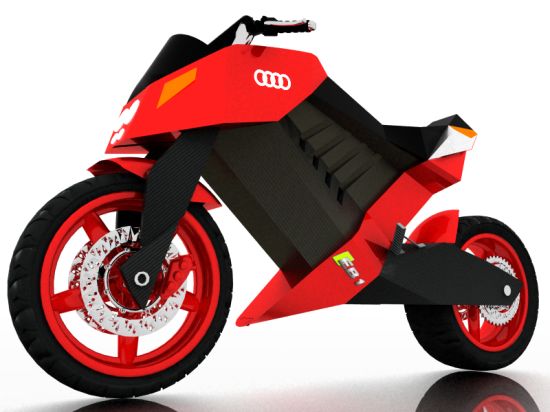 We reported in detail when VW Group’s luxury car manufacturer Audi took over the reins of famous Italian bike maker Ducati. Now, it has emerged that Audi could be soon coming up with a small motorcycle or scooter as ‘last mile mobility’ solution for Audi car owners. The new two wheeler will be developed keeping in mind that the traffic congestion at various parts of the world is on a rise and the condition is so bad that cars are not allowed/heavily taxed for entry in sections of some localities.

The new Audi scooter/motorcycle will be a peppy bike that can be easily used in crowded conditions. Thanks to having technologies of Ducati at its disposal, Audi should not have much of a problem with development of a small capacity two wheeler. It may be noted that Audi has no plans to foray into the mass market with its upcoming bike. While the car maker’s two-wheeler employ technologies from Ducati, it won’t be a rebadged version of a Ducati bike. Not much is known about the upcoming two-wheeler from Audi but we would like Audi to offer something on the lines of Ducati 1198 with its A8 flagship sedan! What say *winks