Home Audi Audi to reveal its A2 concept at the Frankfurt Motorshow! 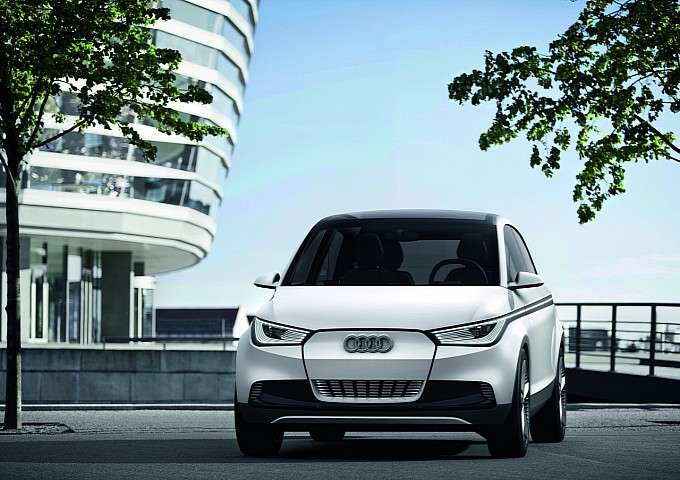 It seems to be in German blood that when one auto manufacturer launches a particular vehicle, the other competitors have to launch a vehicle to compete with that vehicle. German or not, It’s human nature. These lines will get a bit clearer when I remind you of BMW’s i-brand cars. The i-brand cars are eco-friendly products or electric cars. The i3 and i8 are two of the i-brand cars launched by BMW. BMW has targeted this car for the masses, especially for those who pool their cars which is very popular in Germany. However, Audi has plans to shatter BMW’s expectations.

Audi has announced the A2 which will be revealed soon at the Frankfurt show later this month. The A2 will compete with BMW’s i3. The A2 is an electric hatchback like the BMW i3. The fuel for the A2 comes from a pack of lithium ion batteries that power an electric motor capable of generating 85 kW of power and 199 lb-ft of torque. With this configuration, the car can sprint from a standstill to 100 kmph in as less as 9 seconds and can accelerate further to a top whack of 150 kmph. The battery takes approximately 4 hours to charge completely when plugged to a 240 volt socket.

The four-door, four-seat A2 concept is constructed using aluminum and carbon fiber which are the perfect ingredients to keep the weight of the car minimal. The car is big enough to fit in a small family comfortably.