The big, but athletic looking Audi Q8 has been spied totally un-camouflaged, and we are glad to report that the production machine retains the sporty and visually appealing details first exhibited by the Q8 Concept. A close look at the test mule reveals that tasty bits such as the roof mounted integrated spoiler, sporty fins above the rear diffuser, aggressively styled trapezoidal twin exhaust and pronounced haunches have been retained from the concept. 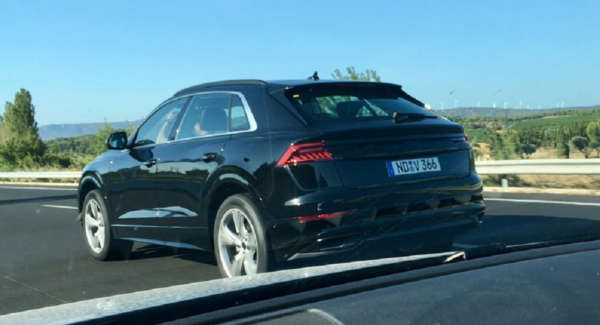 What’s more, even the unique horizontal tail-light spanning the width of the car has been retained, though it may not be very evident in these spy images. Look closely though, and you’d realize that the central part of the tail-light running across the tail-gate has been taped – and that’s the only bit of cover / camouflage you see on the test mule. 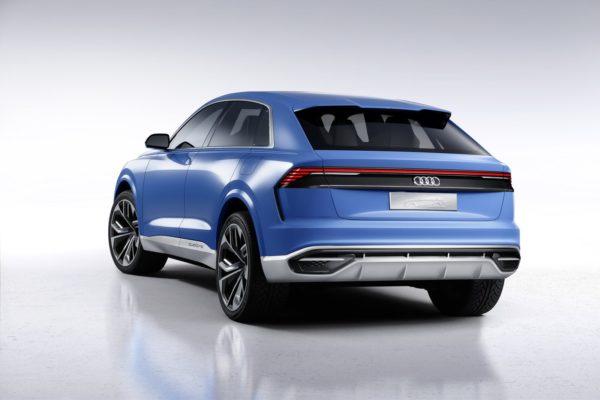 On the sides, flared wheel arches, big five spoke wheels and a chrome lined greenhouse define the profile. What’s a bit of an aberration from the Q8 Concept is the body coloured side skirts which were painted in a contrasting colour on the concept. That’s an easy bit to replace, though, and we won’t be too surprised if the production model actually features the detail when it makes it official debut. 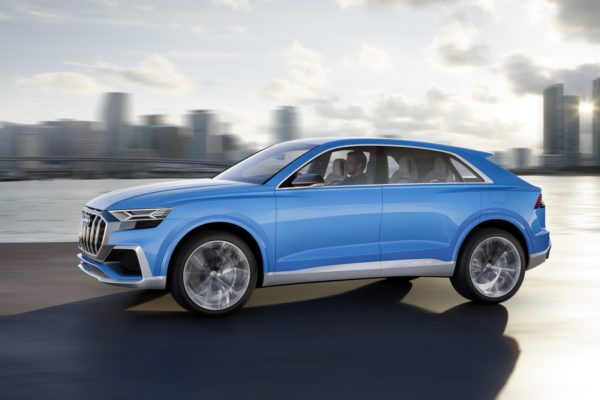 The Audi Q8 has been previewed by the Q8 Concept and Q8 Sport Concept earlier and is based on the MLB Evo platform that carries the bigger Q7 as well. The interior of the Q8, however, will be radically different from the Q7 and will feature some of the best tech that Audi has to offer inside the cabin.

The Audi Q8 will have new functions, including the streaming service Spotify, Google Play Music and Google Assistant – all of them running on the large MMI touch display in the centre of the dashboard. The information is also visible in the Audi virtual cockpit in the driver’s direct field of view. The futuristic styling of the interior will set the tone for all premium models of future Audi cars. 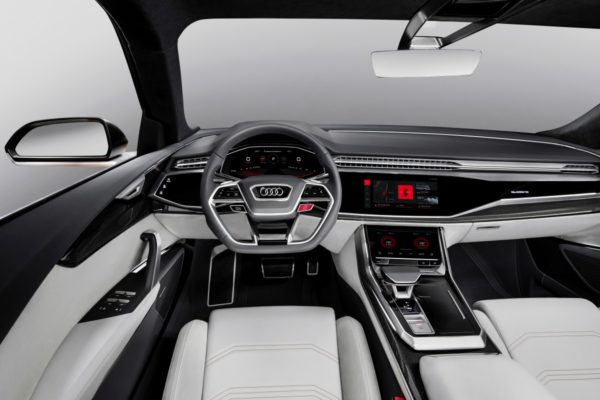 The production model of the Q8 may be powered by a 2.0-liter TFSI engine with 252 hp of power and 370 Nm of torque. There would also be more powerful a 3.0-liter TFSI V6 with 333 hp and 440 Nm.  While these are the petrol powered options, as 3.0 litre diesel burning V6 is an obvious choice for countries which have a liking for the dirty fuel.