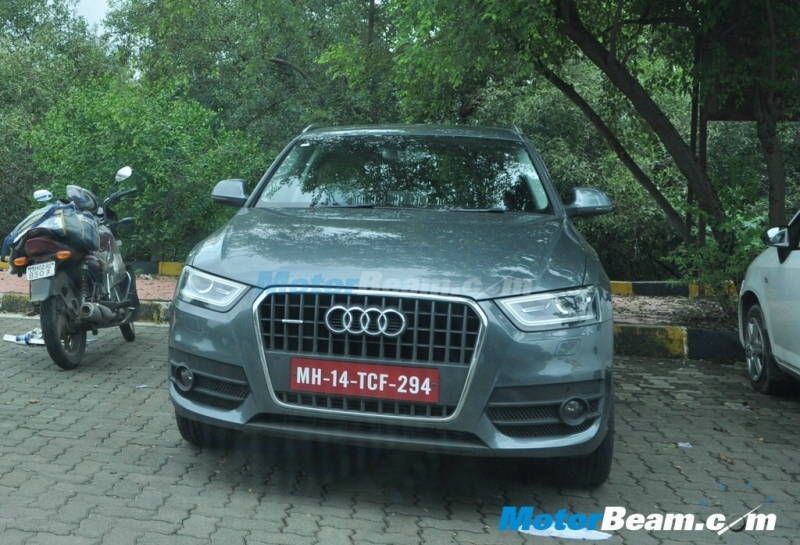 Audi India has  made no bones about the fact that they want to bring their Q3 SUV to India to take on the BMW X1, which has been a great success for the Bavarian carmaker. We are expecting the Ingolstadt based automaker to bring the compact SUV to India sometime early in 2012. However, it seems like our friends at Audi are in a hurry, and we may just see the new premium SUV plying on our roads sooner than we expect. The reason why we think so? Well, these pictures of the car caught testing at Mumbai taken by the good blokes at Motorbeam suggest that the car is in an advanced stage of testing. Since Audi India is only going to assemble the car in India, not develop it from scratch, the testing should not last for more than a couple of months. We are not sure, but we think that the Q3 may arrive here sooner than we assumed.

The hot selling version for the car would be the one propelled by the 2.0-liter TDI engine dishing out 170 horses. The same engine which is also making an appearance in the Audi A6 sedan which made its debut today. Apples for apples, I would any day prefer the Q3 over the X1 for its more proportionate dimensions and better looks. What would be your choice?