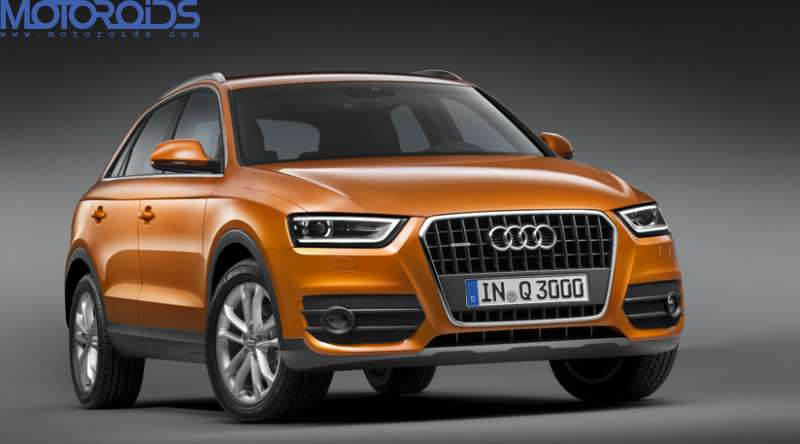 After releasing the sketches of the Q3 baby SUV, Audi have now released the officaial info and pictures of the new Q3. The smallest 4×4 from the Ingolstadt based company will be officially unveiled at the upcoming Shanghai Auto Show.

The Q3 resembles the Cross Coupe Concept shown at the Shanghai Show in 2007, but is clearly identifiable as an Audi, and doesn’t feature any radically different styling cues. LED daytime running lights are presented as an option, not a standard feature.

The car will be initially available with two petrol and one diesel engines, all mated with a start-stop system. Two TFSI engine with 168bhp and 208bhp, and one TDI diesel with 174bhp of power complete the lineup. Audi’s Quattro 4WD will come standard and the engines will work with a seven-speed S-tronic transmission.
There will be front wheel drive Q3 which will make an appearance later. The FWD car will be cheaper and will come with the option of a manual gearbox to reduce cost further.

The Q3 45kg lighter than the equivalent RWD BMW X1. Expect the car to arrive in India early 2012. Price should be somewhere in the region of Rs 25 Lakh