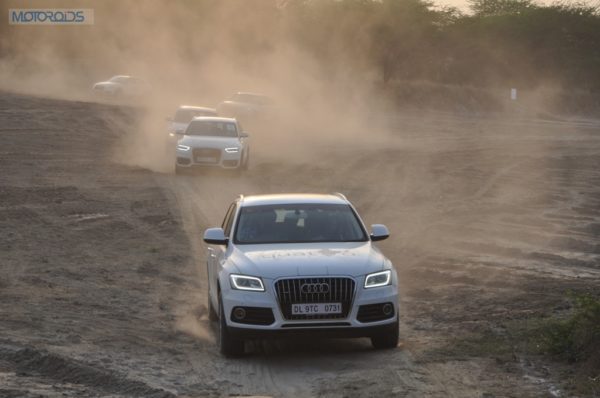 Weekends should be eternal or the next day after Sunday should be Friday. This is what i hear from a friend as we were travelling back home and he dreaded living the other life he lives on a Monday. We found a solution in an idea only two idle men and their minds can come up with. If we could travel to the planet ‘Venus’ for the weekend, a day there lasts for a 116 days and 18 hours, by the time we come back to earth, a new weekend would have begun already. Now you know why men aren’t from Venus and they don’t sell Audi’s over there either, so we’ll sacrifice, stay back on earth and tell you about the Audi Q experience we experienced on martian surface.

As part of the Audi Q drive experience, we had the opportunity to drive the Audi Q5 in its own territory- an off road track replete with ruts, incline, articulation section and tilt. Audi Noida organised the Q Drive event on 19th and 20th July giving auto enthusiasts in Delhi NCR an opportunity to experience the Audi Q SUV’s and travel to ‘Venus’ for the weekend. 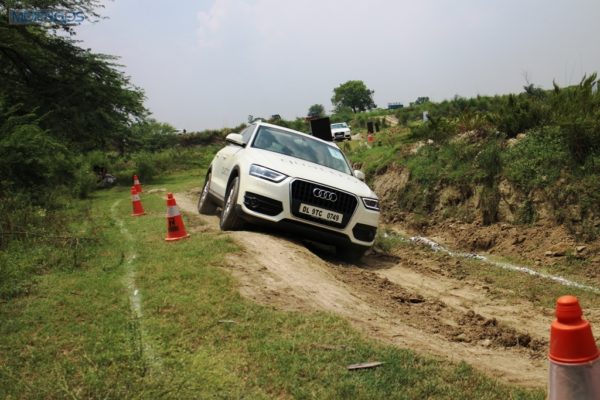 Audi brought all of it’s Q arsenal-The Q7, Q5, and the Q3 to the event. We had the Q5 as the weapon of choice to tackle the extra terrestrial surface and were pretty impressed by it’s capabilities. Not only did it clear all obstacles, it did it effortlessly and with aplomb. We were surprised in the articulation section, since we could barely feel (except for car position and angle) which one of those four wheels were up in the air and which one had grip, as there was hardly any drama filled wheel-spin. The Q5 then went up a steep incline like a mountain goat and then descended like an Alpinist. All we had to do was tap the accelerator a wee bit and the intelligent ‘Quattro’ system along with brake assist did the rest. Watching the Q7 in the articulation section was an experience that came close to our imagination of watching ‘The Hulk’ participate in the Olympics. Huge and muscular, yet lithe. 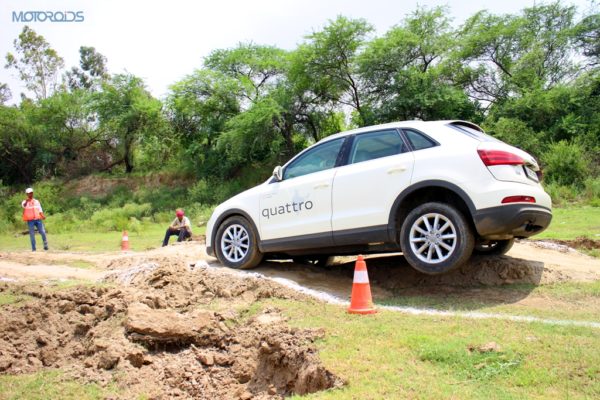 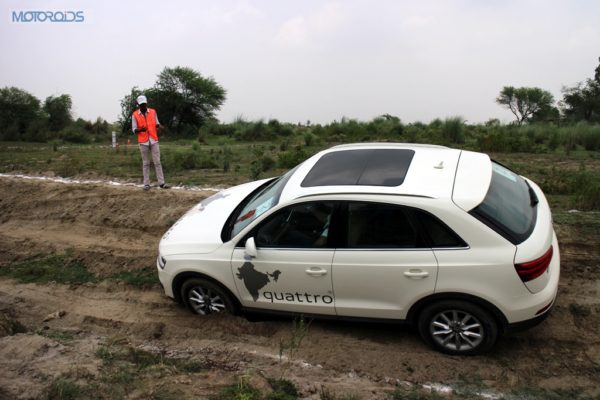 We think such events if organised regularly would allow luxury SUV owners to take their vehicles off the road with lower risks, as we hardly ever see these SUV’s leave tarmac, mostly because people are too scared to hurt their expensive machines or they lack avenues to do so. An event like this will boost their confidence as they get to test the capabilities of their machines in a safe environment, under proper guidance (by monique). So as we live another life on a Monday, we hope Audi plans an event at the BIC some time and lets us travel to the moon and back in one of their LMP’s.

Some more images from the event,