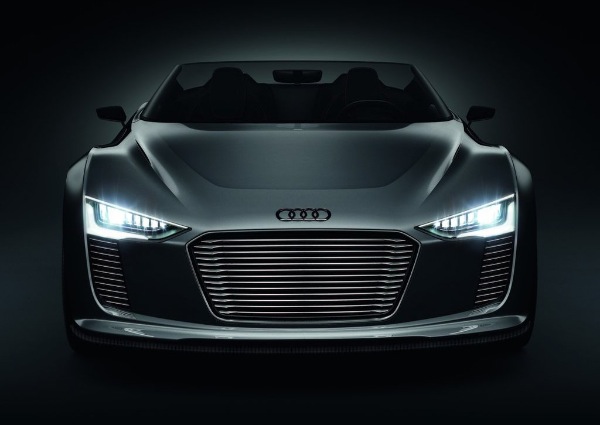 The Audi e-tron Spyder Concept unveiled at the Paris Auto Show, might appear to be a topless version of the e- tron Coupe shown at the Detroit Auto Show held in January. However, the Spyder e- tron comes not as a pure electric vehicle like the e- tron Coupe, but as a plug-in hybrid one.

he hybrid drive train of the car comprises of 300 hp twin turbo V6 TDI powering the rear axle and 88 hp is feeded by two electric motors to the front one. Together, the a total torque of over 1000 Nm is delivered by the two systems. The awesome combination between the diesel engine and the electric motors and batteries, allows the car to clock a mileage of 1000 km. This is possible, because the otherwise big engine eats up only 2.2 litres of fuel every 100 km.