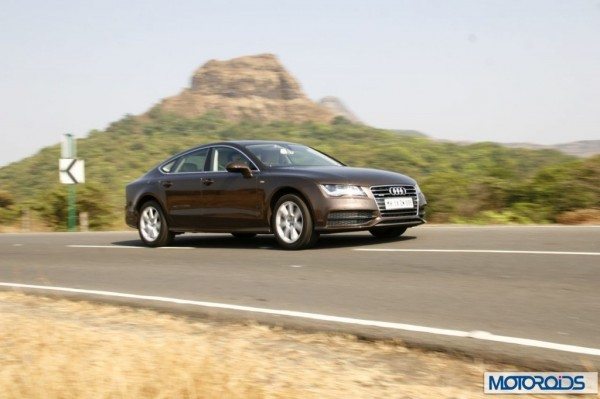 The premium manufacturer’s sales thus increased by more than 100,000 units for the fourth consecutive year. Major growth drivers over the past year were Audi’s three biggest export markets, all of which reported double-digit growth: with China up 21.2 percent, the United States up 13.5 percent, and the UK up 14.9 percent. In Europe and China, the four rings again led the premium segment in 2013 as the top-selling brand. Audi concluded the year with a 18.4 percent growth to around 130,700 global deliveries in December, increasing sales in all regions of the world compared to the same month of 2012.

“We set an important milestone for Audi in the past year: We achieved our intermediate strategic goal of 1.5 million deliveries two years earlier than planned, and in fact comfortably exceeded it,” says Rupert Stadler, Chairman of the Board of Management at AUDI AG: “This means that in the past four years alone, Audi has attracted more than 600,000 new customers.” Luca de Meo, Member of the Board of Management for Sales at AUDI AG, emphasizes the global dimension of Audi’s performance: “Audi achieved new sales records in more than 40 markets last year. In the United Kingdom, we became the leading premium brand for the first time.”

In 2013, growth for Audi was accelerated by the success of the new A3. The model line’s sales total climbed 18.6 percent to around 202,300 deliveries. In China and the United States, the new generation of the A3 will be launched from spring 2014 on. The Q3, Q5 and Q7 SUV increase in deliveries last year, with the Audi Q5 again clearly outselling its premium competitors. In total, Audi’s SUV sales grew by 23.8 percent to around 438,400 automobiles handed over to customers. Audi will further expand its line-up of Q models in the coming years. 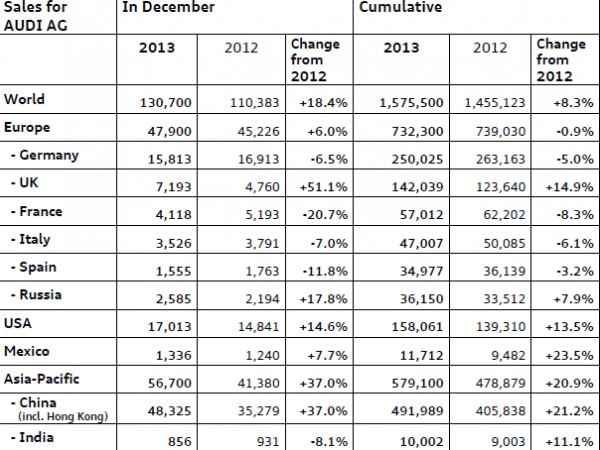