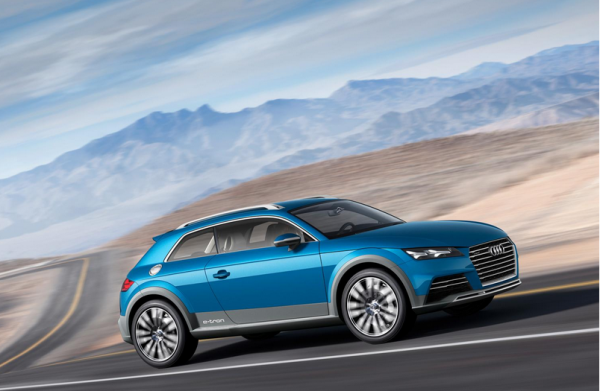 Audi plans to showcase a new crossover concept at the NAIAS 2014. Dubbed as the Audi Allroad Shooting Brake, the latest from Audi is the result of pooling in of the genes of its rugged allroad models and its forthcoming e-tron hybrids.

The new Audi Allroad Shooting Brake pics shows that the model features several design elements that are likely to feature on most of the future Audi models. 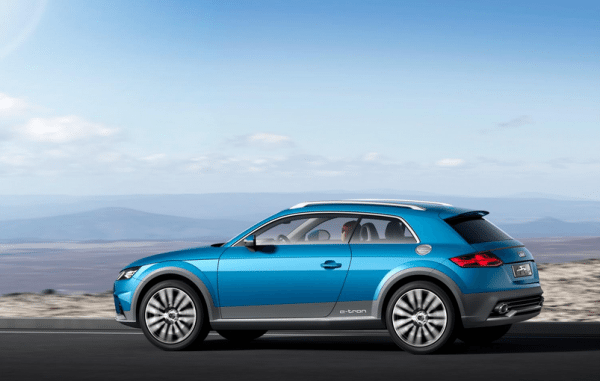 “The show car combines sex appeal, highly efficient e-tron-quattro technology that produces 300 kW of power yet only consumes 1.9 l/100 km of fuel (equating to 149 UK mpg) and cutting-edge electronic applications,” says Prof. Dr. Ulrich Hackenberg, Member of the Board of AUDI AG, Technical Development. “We are offering very concrete glimpses of the near future in this show car.”

Audi says that the Allroad Shooting Brake concept previews a car that will be aimed at those with an active lifestyle. The Shooting Brake also sports quite a few design cues that have been taken from the Sport quattro concept that was originally shown at the 2013 Frankfurt Motor Show.

The allroad shooting brake has a wheelbase measuring 2.51 metres. It is 4.20 metres long, 1.85 metres wide and 1.41 metres tall. The exterior shell appears as though it were sculpted from one solid piece, from the single-frame grille to the distinctive tornado line and crisp rear styling, in which the characteristics of the allroad and the shooting brake come together.

The outer body of the Audi allroad shooting brake is a material mix of aluminium and carbon fibre reinforced polymer (CFRP). Dark grey rubbing strips are typical allroad elements, and they visually reduce the volume of the body; they ascend dynamically from front to rear. Together with the large wheels and flared arches, they accentuate the car’s offroad character.

As we said earlier, the new Audi concept will make its public debut at the 2014 NAIAS. Stay tuned to Motoroids for more Audi Allroad Shooting Brake pics and details