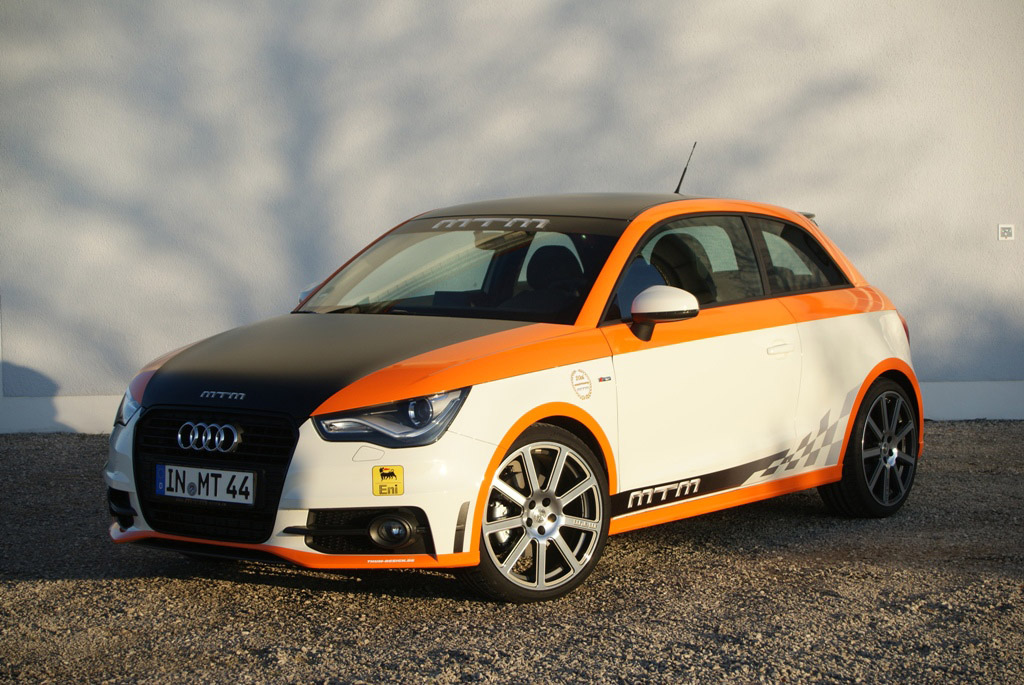 The cutesy Audi A1 recently saw a sea of change in its character. The upmarket super-mini has transformed into a seriously lethal sports compact.First, we saw the Audi A1 TFSi show car, then came the A1 Quattro and now Volkswagen/Audi tuning specialist MTM revealed the Audi A1 Nardo Edition.

The souped up A1 pays homage to the annual Nardo Highspeed event. The MTM A1 is basically a tuner car that has been developed by specialist tuning firm for achieving crazy top speeds and shaming a few supercars in the process. The MTM A1 Nardo Edition sports a transverse 2.5-liter 5-cylinder turbo engine that comes from the TT-RS & RS3 and the power plant is mated to a 6 speed transmission. The motor pumps out a little more than 500 PS (368 kW / 493 hp) of power and churn out torque of 600 Nm (442 lb-ft). The  power is put down on road thru front wheels. The car also has a limited-slip differential and this helps the A1 to accelerate from nothing to 100 kmph in 4.5 seconds and hit a top whack of 201 mph (324 km/h). The speedometer needle nudges 130 kmph in second gear itself!! The car also gets Recaro seats and tasty looking alloy wheels.

In this video put together by the Audi Club of Espana, the A1 Nardo Edition hits the claimed top speed of 201 mph. The speed was recorded using a GPS receiver. Also in the video, A1 is seen humiliating a Porsche 911 Sport Classic by forcing her to move out of the way and then surprisingly, the ‘compact on steroids’ smokes a BMW M3 E92 in all its glory. What the video does not has is the amused look of the guy behind the wheel of the Bimmer.

If not for the bright paint scheme, MTM A1 would had made for one heck of a sleeper car. 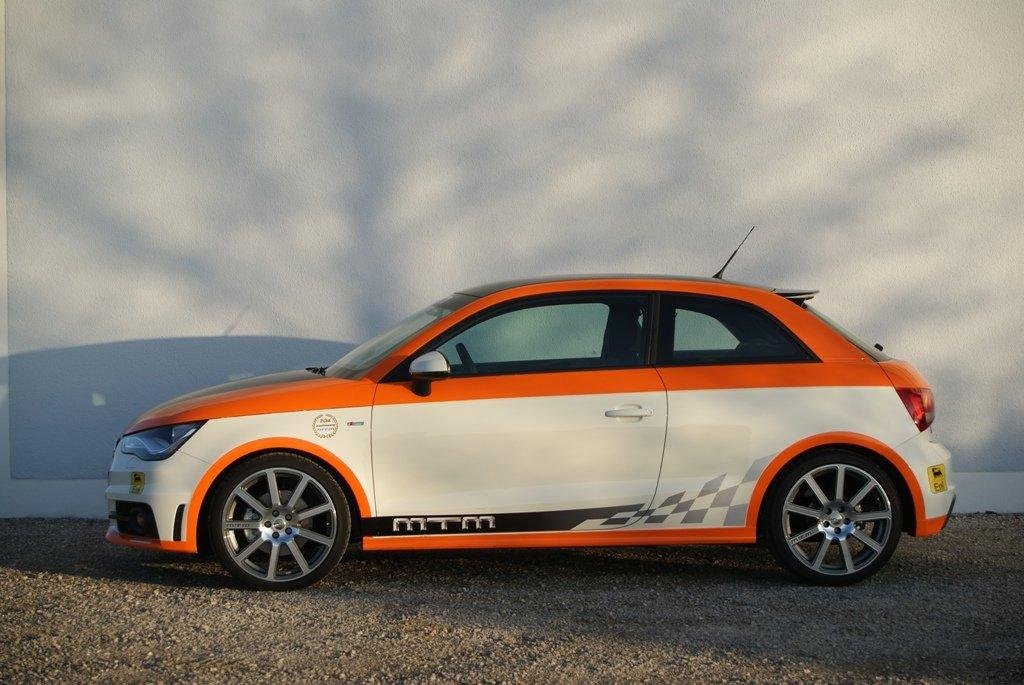