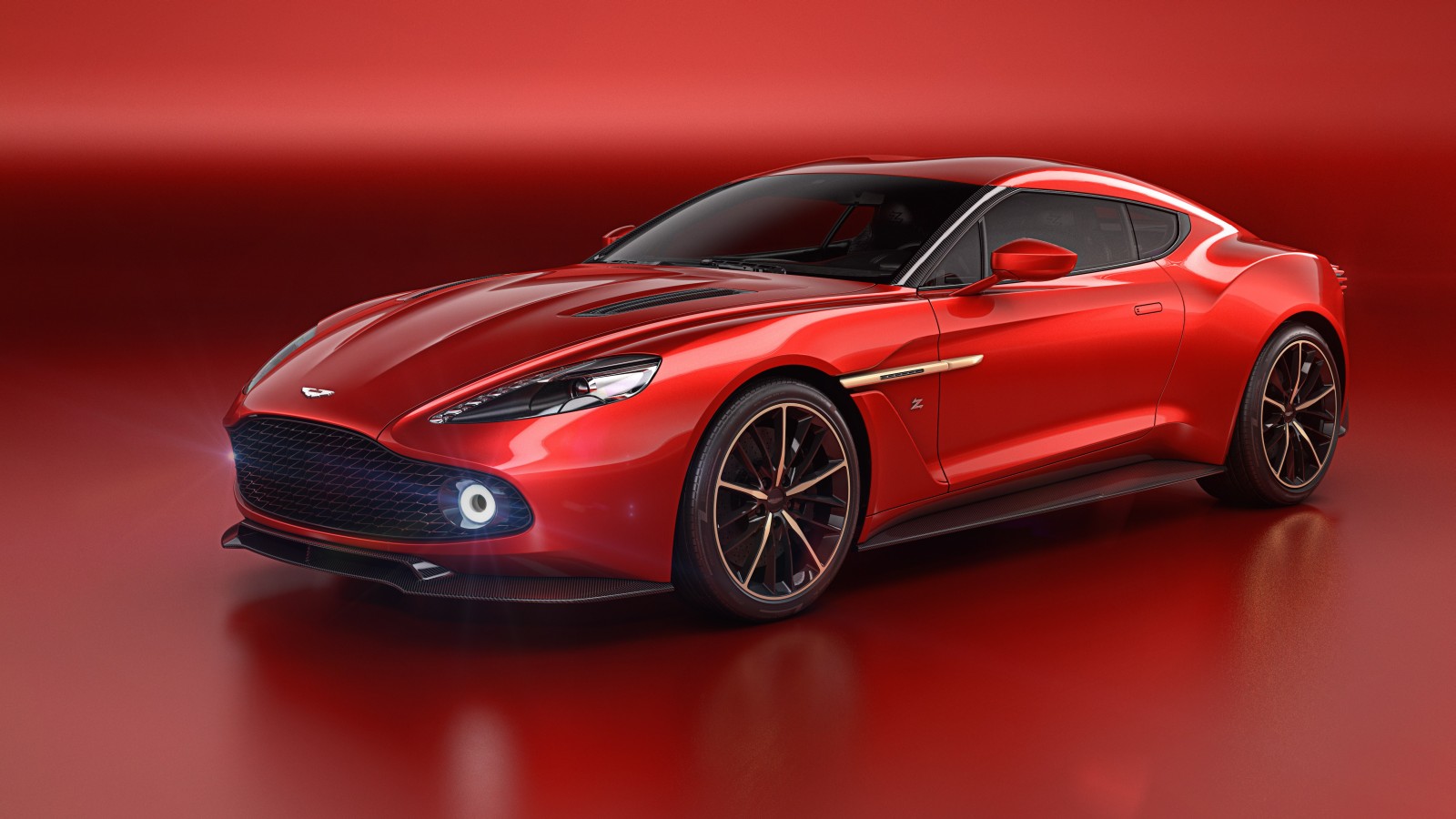 British car maker Aston Martin and Italian design-house Zagato have unveiled the Vanquish Zagato Concept, the fifth car to emerge from the collaboration. The concept is a marriage of Aston Martin’s sporting, dynamic and material qualities with Zagato’s signature design language. The Vanquish Zagato Concept was designed in close colaboration between the Aston Martin Design team led by Marek Reichman and Andrea Zagato and his design team in Milan. 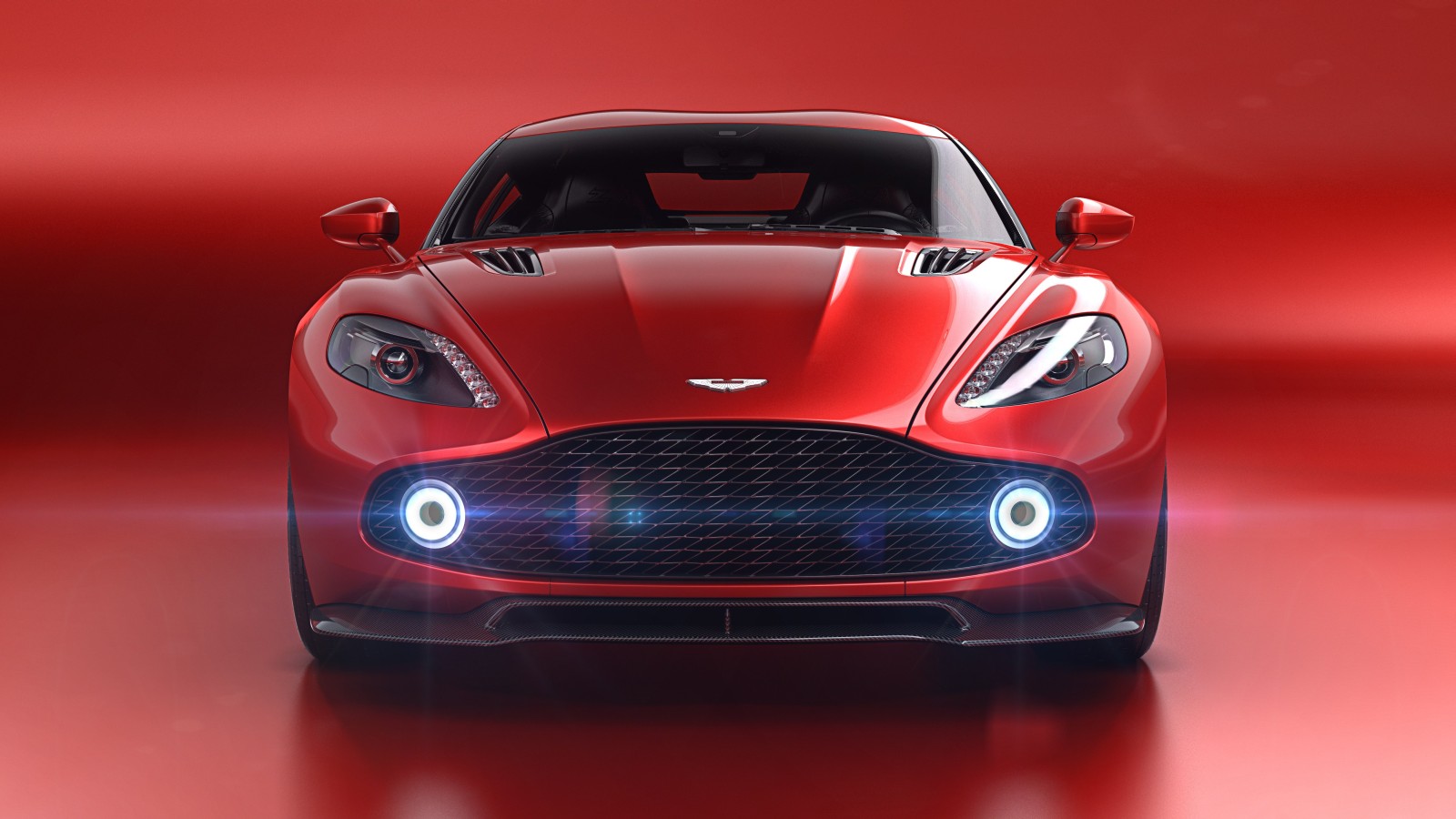 The concept was developed and engineered at Aston Martin’s headquarters in England. The bodywork is entirely shaped from carbon fibre, with the split lines on the body reduced by the use of large one-piece panels. New lights include round tail light reflectors that evoke the classic rear view of a Zagato design, incorporating the same ‘bladed’ LED technology as the Aston Martin Vulcan track-only supercar. 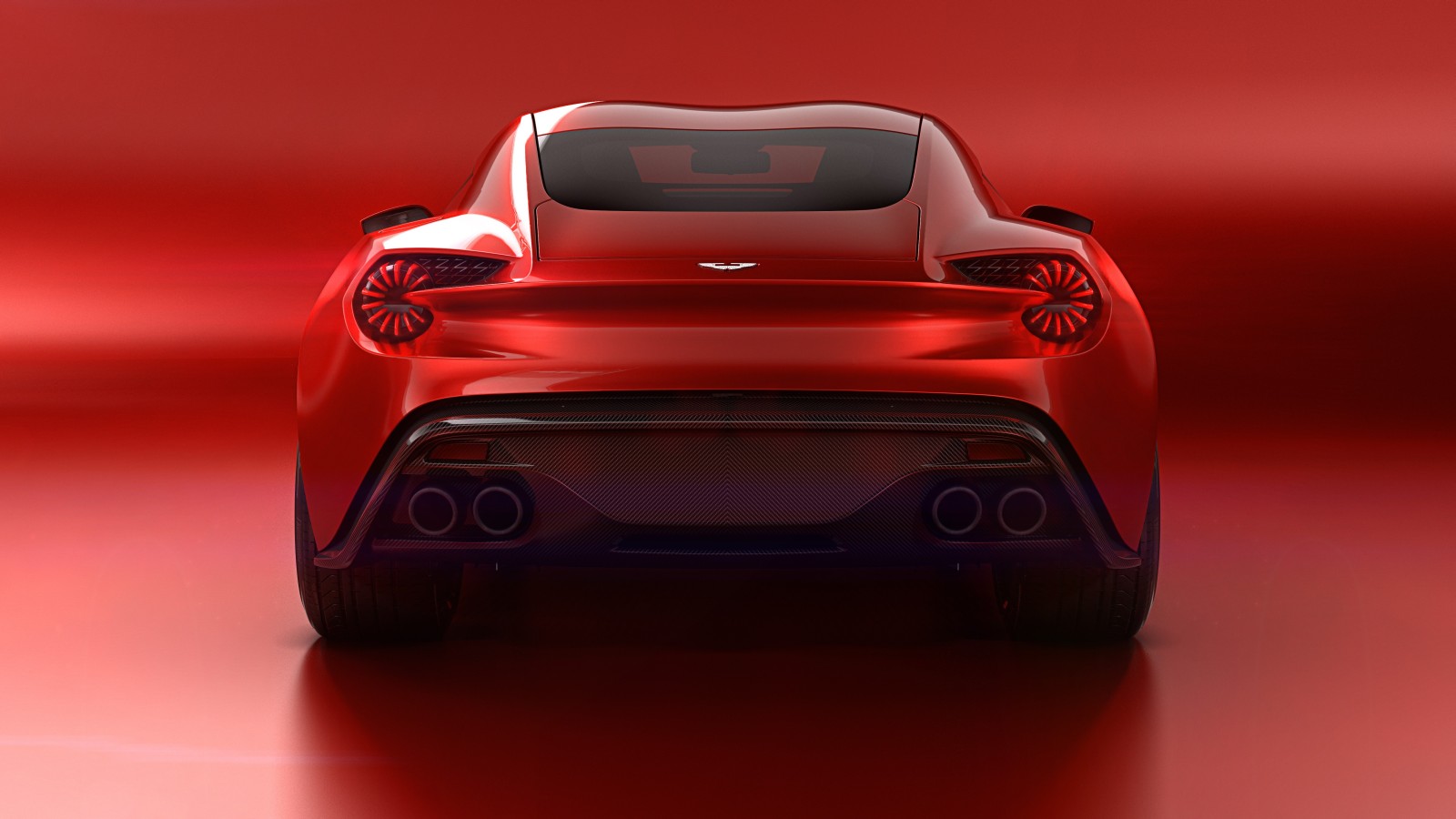 The Vanquish Zagato Concept features One-77 inspired wing mirrors and a sculptural rear end similar to DB11’s aerodynamic profile, complete with retractable spoiler and rear hatch for access to the luggage compartment. The quad-exhaust is housed in the rippling carbon fibre sills that run around the lower body. The roof features the iconic ‘double-bubble’, its shallow radius dipping into the rear window glass. The bold new exterior of  the concepts is complemented by a naturally aspirated V12 engine that has been uprated to 600 PS, along with enhanced driving dynamics. 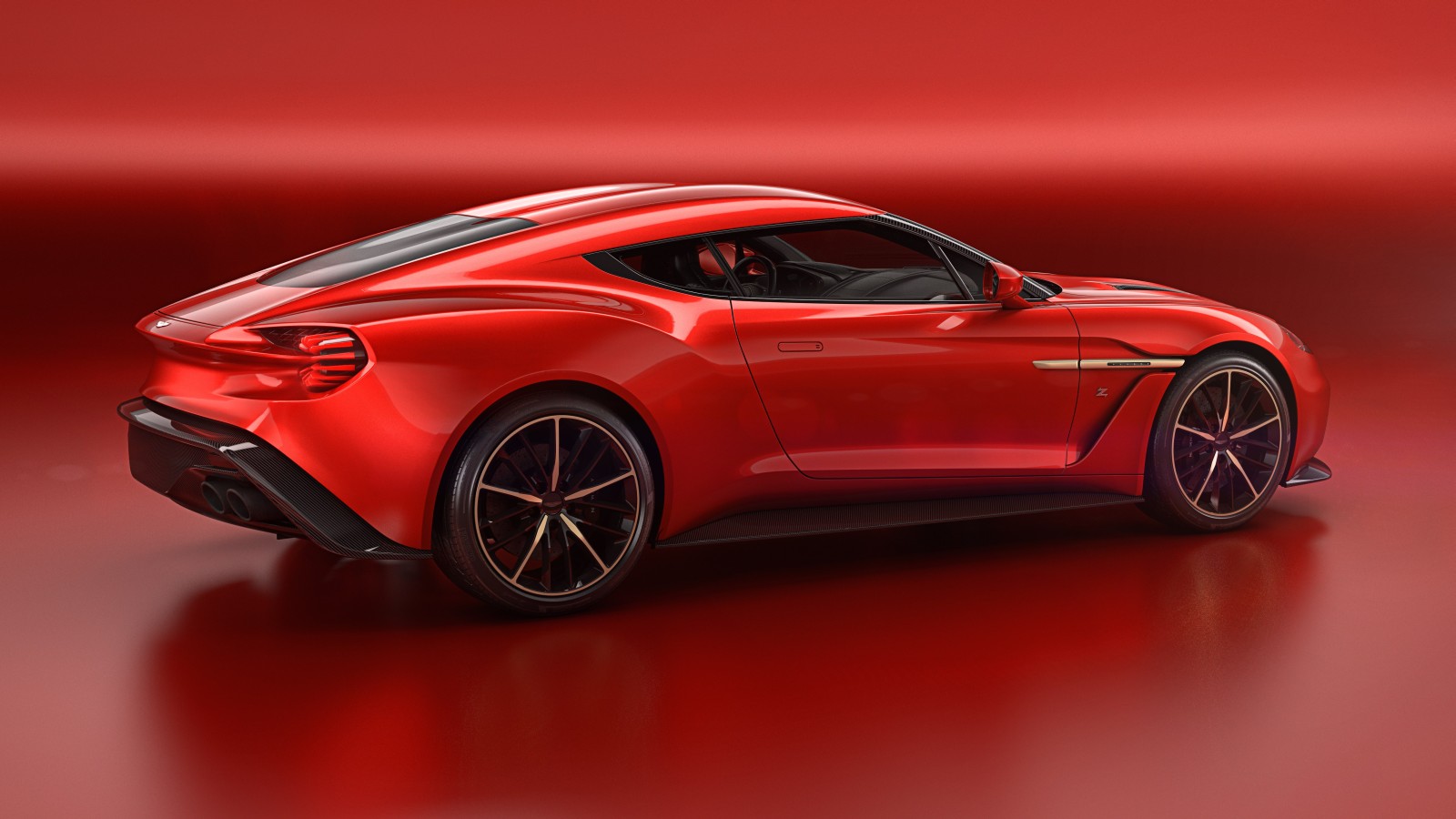 On the inside, Herringbone carbon fibre is paired with shadow and anodized bronze and aniline leather to give the facia, vents and rotary dials a rich material quality. The Vanquish Zagato Concept is also defined by the unique ‘Z’ quilt pattern stitch used on the seat and door sections, as well as the celebrated trademark Zagato ‘Z’ embossed on headrests and stitched into the centre console. 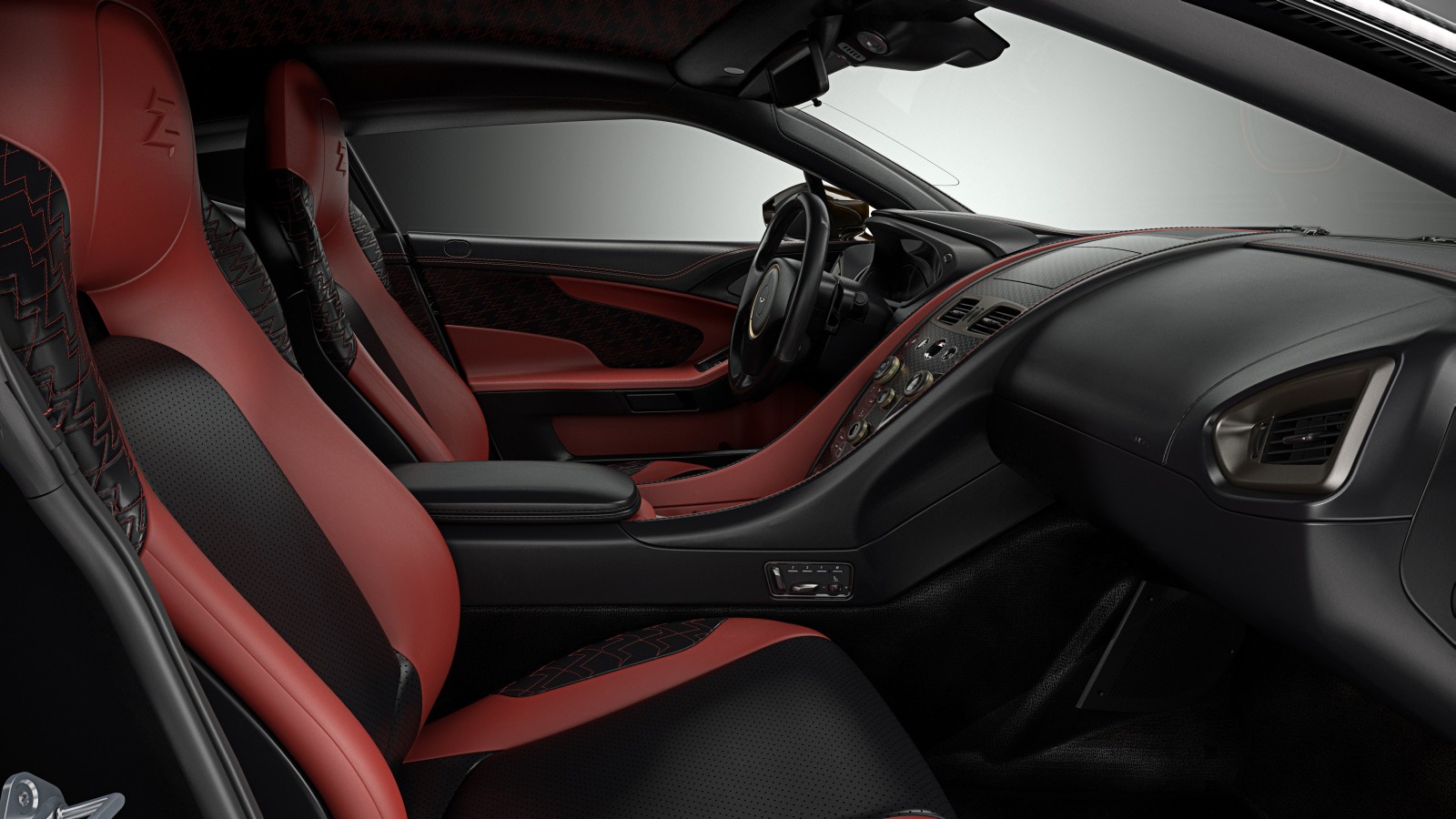