Creating their own diaries, these two friends from Bangalore decided to go on a road trip from Bangalore to Nepal, Tibet and Bhutan on their 110cc, 8 bhp scooter, the Honda Dio. Together, Arun Kumar and his friend, Mohith, were on the road from January 23rd, to February 12th, 2018. Over the span of three weeks, the duo (along with their Dio) traveled through:

Like every road trip, this journey was a learning experience for the two friends who met many people on their way. Arun and Mohith did not have a pre-defined plan and they decided to improvise on their journey. During the trip, the duo met people who guided them and provided them with solutions to spend the night. 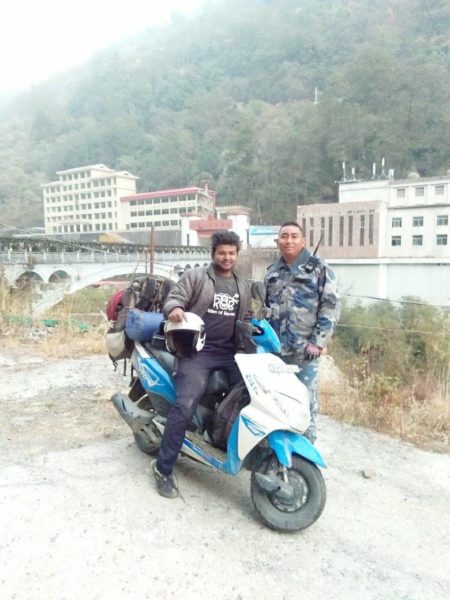 Read more about Arun’s experience on this roadtrip in his own words:

Since a scooter is smaller than a bike, the fuel tank is small too. I had to stop to fill fuel many times. Cost of refuelling is INR 12,000, and it was the biggest expense during the trip.

The Dio is already a year old, and this was the most I’ve ridden on it at a stretch. While I learned many new things during my ride, some parts were scary. Roads in Nepal are difficult to ride on as there’s no tar at all. This is the after effect of the earthquake few years ago. Many roads are still being reconstructed, and as you can guess, it’s very difficult to ride on a scooter on such uneven and muddy roads. 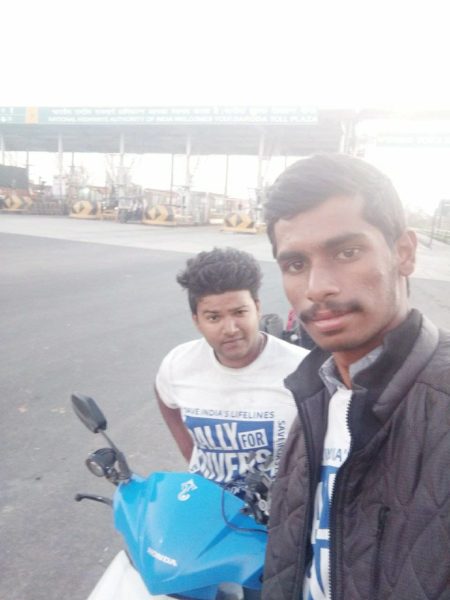 Riding in fog in Uttar Pradesh, Bihar and Janakpur was difficult. The full region was covered in fog in the evening from 7 pm onward until 10.00 am. So, it required daily planning according to the fog alert in deciding how far to ride each day and where to stop.

One incident from my trip that I can’t forget is a tyre puncture in a jungle area nearby Araniko Highway, Listikot Nepal. We sat in the forest through the night. It was very scary. And since it was another country, there was no chance of knowing whom to approach. We did not know what to do and thus sat through the situation. 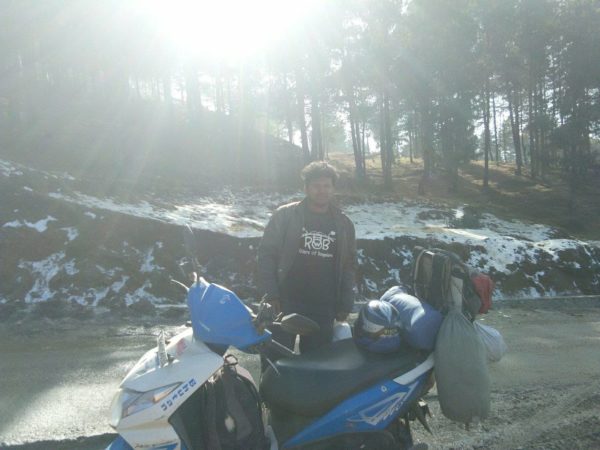 My happiest experiences were in Nepal. The people in the Himalaya region showed great concern and love towards us. It must be because they have endured such hardship and their daily life is difficult. They supported us wholeheartedly when we faced hard times. They gave us a room to stay in for free and I’m very grateful to have met such kind people. I love them.

I learned to make adjustments for basic things that I have always taken for granted, namely – food and shelter. Since I have always stayed in my home, I used to demand what I wanted to eat. But once I stepped out of my home, I started adjusting. I started happily eating what was available under different circumstances. Each day, we were in a new state. 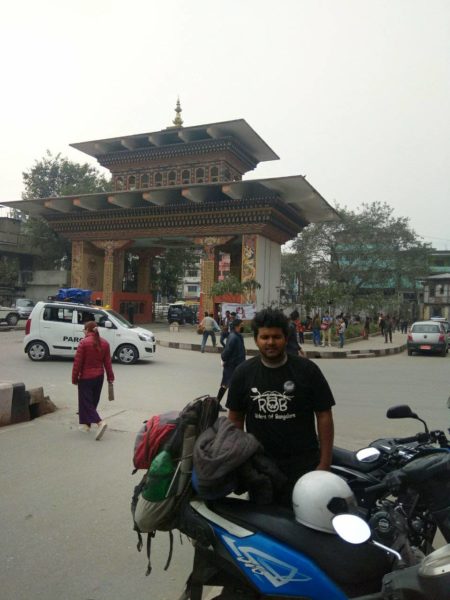 During this ride, I met so many people. Since our situation was unknown, I spoke to many people during the trip and asked for help. I feel I am brave now. Earlier, I used to feel scared to talk to strangers but now I am an expert in talking to strangers. I have gained confidence to deal with the unknown and face every new situation confidently.

My trip would not have been complete without the strong support of my fearless pillion rider, Mohith, who experienced every bit of the trip with just as much newness. 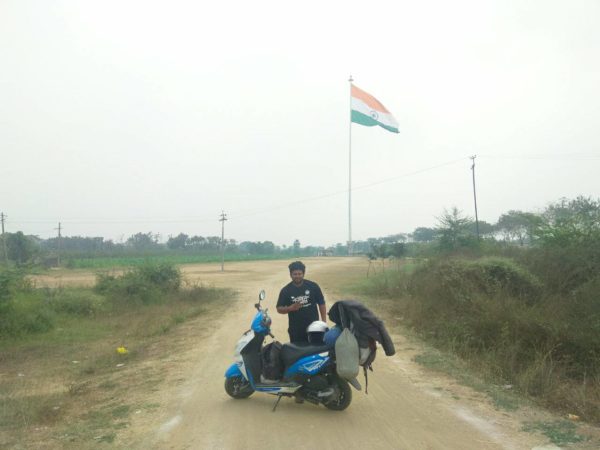 This trip has been an eye opener for me about the ways of the world. I’m very lucky to have experienced such diversity. I would like more people to enjoy this type of experience.

We had no set plan for night stay, or where we would eat, and what we would it. And at every stop during the trip, we met people who guided us and were able to provide us with a solution for the night. It was unknown, and scary, but we came out stronger and grateful.

Note: All details about the road trip were provided by Arun Kumar via Facebook