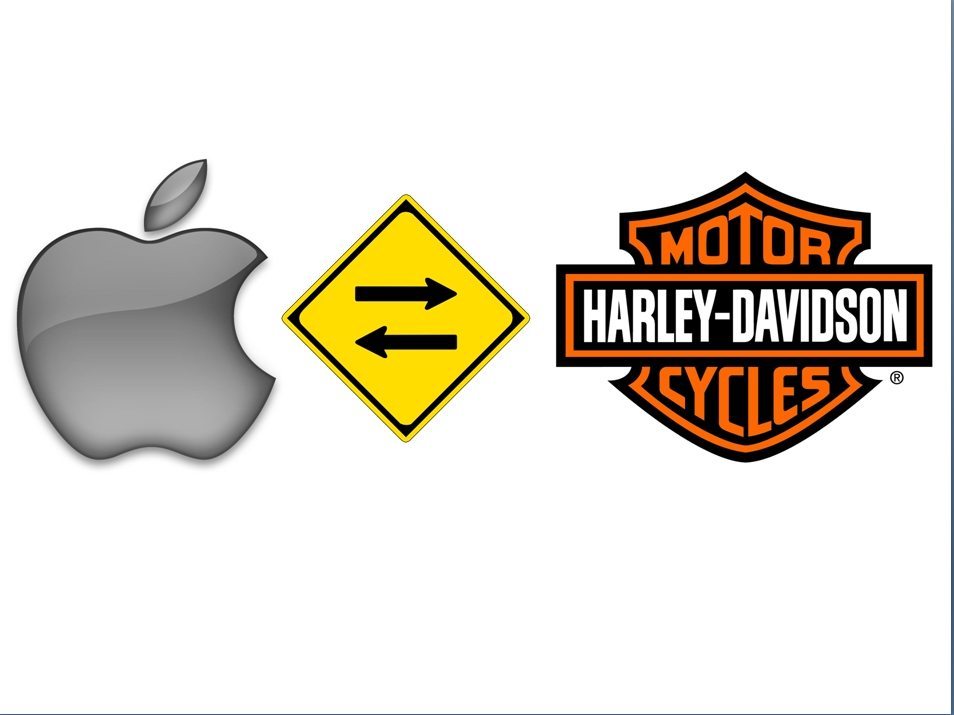 The world of patents in some cases has its own peculiar shades. Off late Apple winning a billion dollar case against Samsung on grounds of patent infringements, where not even a shape of a gadget was spared in the legal bout.

Well, here’s another. Apple has reportedly acquired the trademark “LIGHTNING” for its small dock connector for iOS devices. Considering Apple’s love for speed-signifying labels such as Firewire, Thunderbolt etc., the LIGHTNING tag seemed a too obvious choice to miss. But before Apple could happily announce the naming ceremony, it was discovered that the trademark in the EU Certificate of Registration was originally owned by Harley Davidson which it used for its discontinued lineup of Buell Motorcycles and accessories such as parts, helmets, blinker spares etc.

Hence instead of being beaten at their own practice of holding others for patent infringements and having earlier burnt its fingers to the extent of $60 million in the iPad Trademark dispute in China, Apple played it safe and partially bought over the registered trademark for an undisclosed sum.

Since the acquisition is partial in nature, Harley Davidson would still be at liberty to use the LIGHTNING label if they wish to. The monetary deficit that Apple managed to create, will to some extent be grudgingly compensated by customers who wish to sync their previously purchased Apple devices with the new “LIGHTNING” connector.