MotoGP rider Andrea Iannone has been going through a tough phase in his career. After a not so happening season onboard the Aprilia, he tested positive last December in a dope test, where the banned steroid drostanolone was found in his samples. After receiving this serious blow, he took his case to the International Disciplinary Court. He pleaded in front of the court that the substance was ingested involuntarily via contaminated meat in Malaysia. 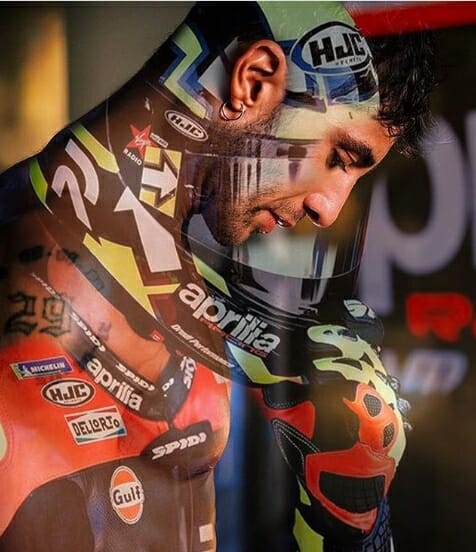 In the latest turn of events, it has been announced that he would have to serve an 18-month suspension even after the FIM authorities admitted that he didn’t take anything voluntarily and the banned substance was found in his system was in a very low quantity. Saddened by the decision, the Italian professional motorcycle racer, nicknamed “Maniac”, took to Instagram where his statement read, “Months have passed since this sad story began and I confess that every day seemed like a year. Being judged innocent certainly does not leave me happy because, for the first time in history, an athlete is judged innocent and at the same time sentenced to 18 months for taking contaminated food out of his control. And I will not stop before this sentence because it will never happen again for anyone else. Despite the suffering of having to walk an impervious and not chosen path, unjustly, I decided to continue my every step in silence. My silent suffering, however, has so far hidden all that this affair has taught me: nothing is taken for granted and everything can change in a second.”

Also Read: What We Learnt From Riding And Racing Motorcycles At The Race Track: Part 1

The fans are certainly saddened by the turn of events and this has proven to be a major blow for the people around him too. The future of Andrea Iannone looks uncertain as the ban will see make him eligible to participate midway through the 2021 season and his contract with Aprilia is already coming to an end this season. So far, Aprilia has stood by the number 29 rider firmly and wishes to do so in the future as well.