Mr. Anand Mahindra recently expressed his views about bringing Peugeot’s Metropolis scooter to India. If you don’t know by now, Peugeot is owned by Mahindra and the Metropolis scooter recently got included in Guangdong Police SWAT teams’ fleet. It was initially announced by his colleague and CEO of Mahindra Two Wheelers Private Limited, Prakash Wakankar. And later, the tweet managed to grab Anand Mahindra’s attention.

Prakash Wakankar posted on Twitter announcing the recruitment of Peugeot Metropolis scooter in Guangdong Police SWAT teams’ arsenal. He also embedded a video showcasing the versatility of the machine. Anand Mahindra later reposted the tweet and said, “Have always loved this monster-The Metropolis-by Peugeot Motorcycles (a @MahindraRise Company) An awesome chariot for SWAT teams. Now we need its home team, the French Govt, to deploy it! @EmmanuelMacron ? And Prakash, what about a cost-effective variant for India?” 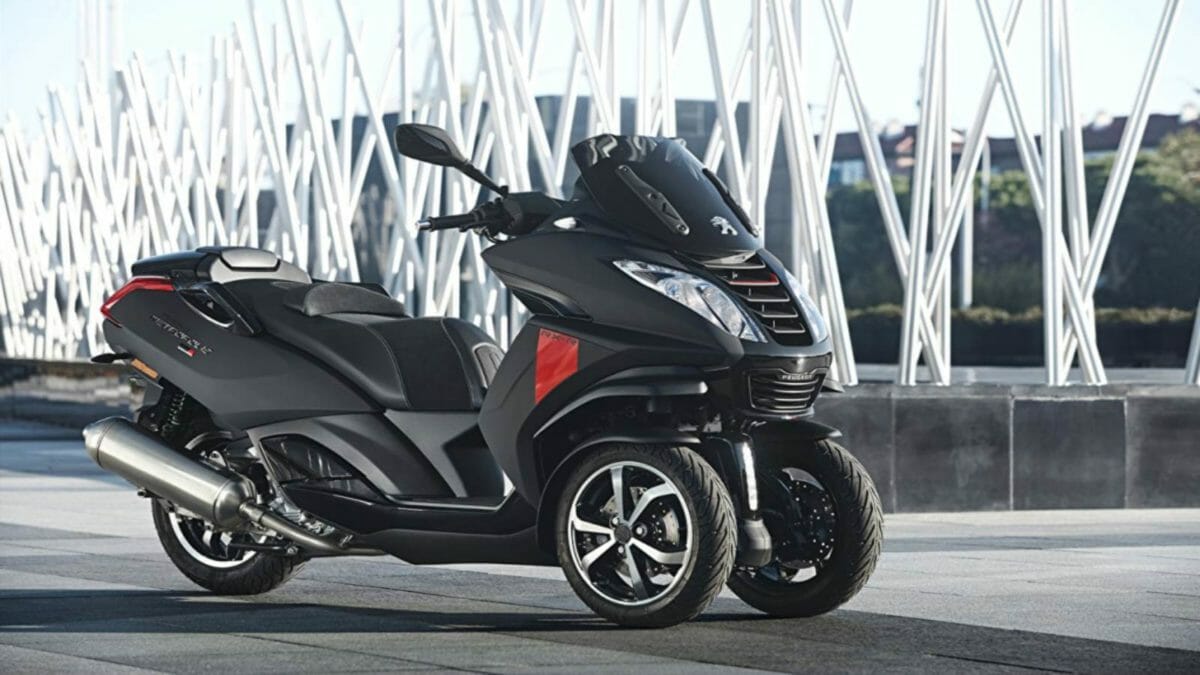 Well, the last phrase certainly got our attention. But let us first bring the concerned machine in focus and later ponder over the possibility of it coming to India. This three-wheeled scooter made its debut at EICMA in 2016. The Metropolis 400 is powered by a 400 cc PowerMotion LFE engine which is liquid-cooled and produces 35 bhp of power and 38 Nm of torque. This engine is mated to a CVT automatic transmission. Brakes for Metropolis are jointly developed by Continental and Nissan. Braking power comes from 200 mm dual discs with single-piston floating calipers at the front and 240 mm single disc at the rear. Peugeot has focused on the safety of the rider as the company has made dual-channel ABS as standard for this scoot.

Have always loved this monster-The Metropolis-by Peugeot Motorcycles (a @MahindraRise Company)An awesome chariot for SWAT teams. Now we need its home team, the French Govt, to deploy it! @EmmanuelMacron ?And Prakash, what about a cost-effective variant for India? https://t.co/LoW5fhepEP

It is certainly huge in proportions. The large apron up front gets twin headlamps and above it is a windscreen with a Peugeot logo. It also boasts of a comprehensive set of features such as a switchable traction control system with two riding modes – Urban and Sport.  Peugeot Metropolis is the world’s first scooter to come with hazard lights, which will be triggered during emergency braking. The company has also focused on comfort as the scooter comes with hydraulic single shock absorber at front and dual shocks at the rear, which is tuned for comfort.

Looking at the current market trend, the gearless scooter market in India is experiencing a gradual change. Our wants aren’t limited to the conventional gearless scooters anymore. People have started demanding more performance and more features from their gearless scooters. The reason why we are witnessing the gradual shift. There are a host of maxi-scooters coming our way and this is a testimony to the above-stated fact.

If Mahindra actually manages to bring the Metropolis 400 or its cost-effective version to India, it would become the only three-wheeled gearless scooter available in the market. We do have retro scooters, scooters that are more inclined towards riding pleasure and comfort-oriented maxi scooters. But if the Metropolis 400 lands here, it would be a completely different proposition altogether.