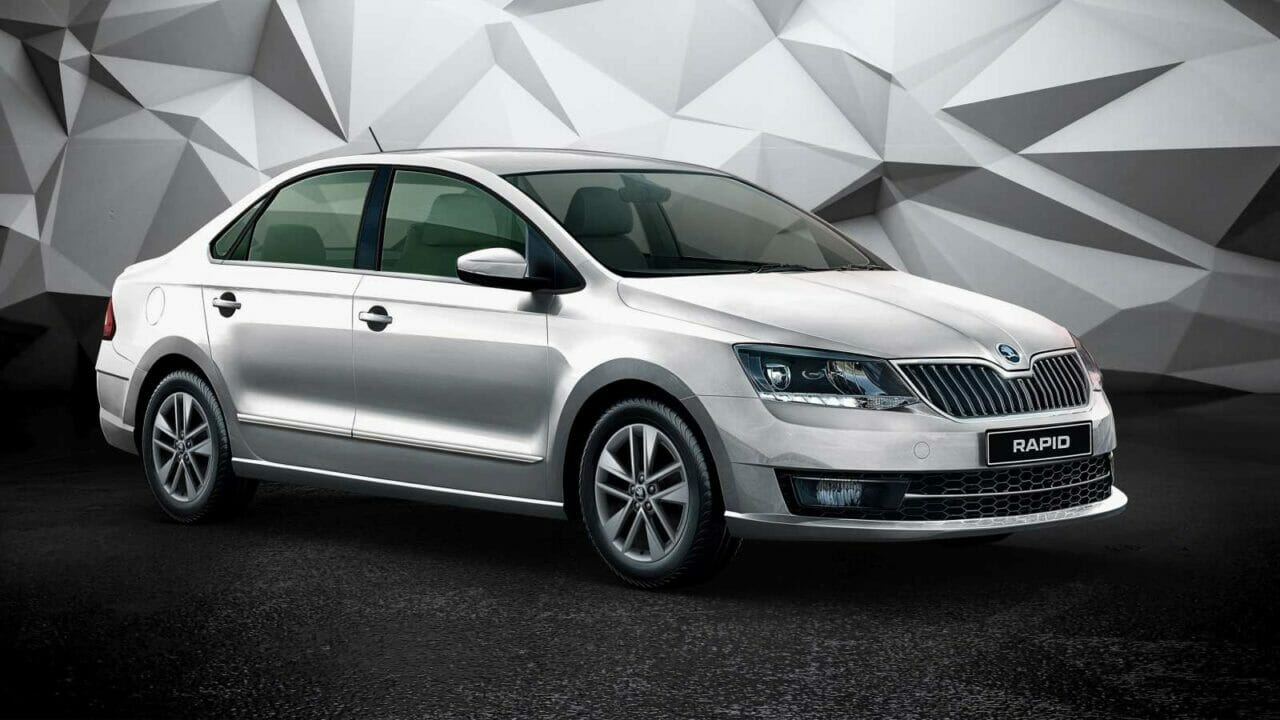 The Skoda Rapid is the Czech carmaker’s one of the most popular offerings in our country and enjoys a good demand. It has been here since the last 10 years and if you look at the overall proposition, there hasn’t been any drastic change and the Rapid has started demanding a thorough overall. While we were expecting Skoda to roll out the next-gen Rapid in 2021, Skoda India’s Director for Sales, Service and Marketing, Zac Hollis has confirmed that we will not be getting a new Rapid in 2021.

But that’s not it, as he also mentioned that Skoda is considering introducing an all-new, bigger sedan which will be based on VW’s MQB A0 IN platform. 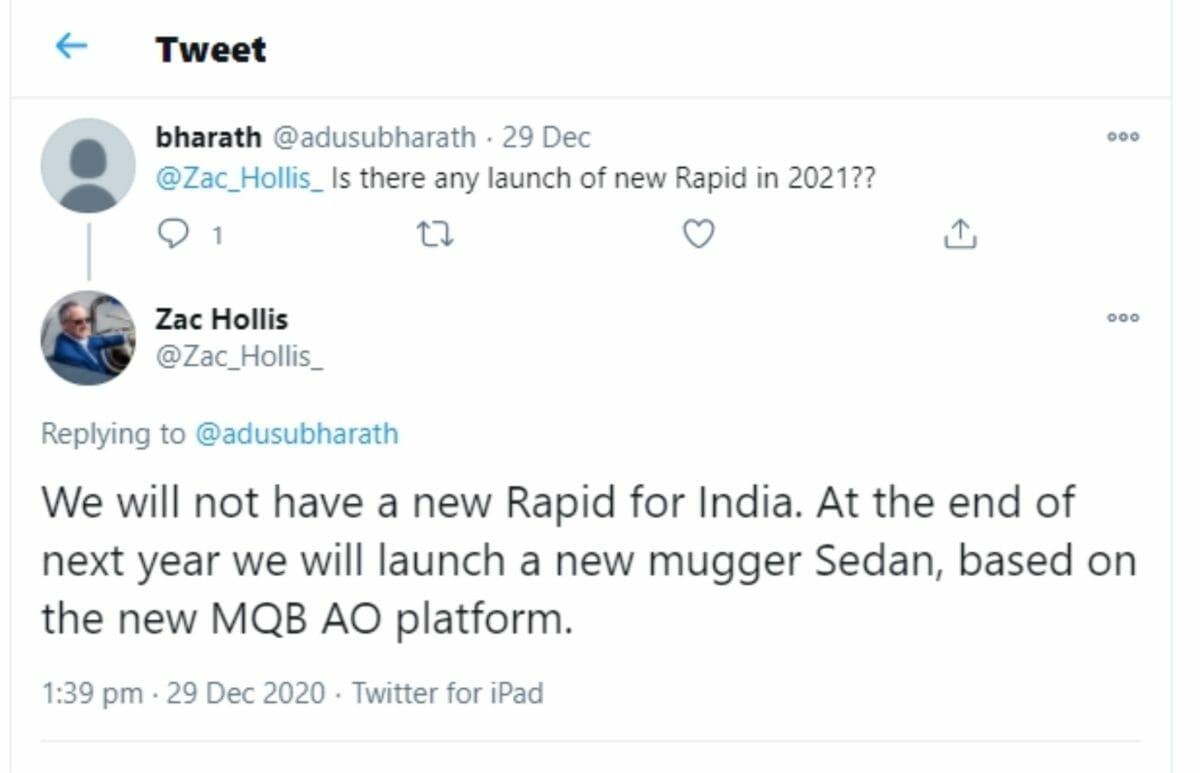 For the uninitiated, VW’s MQB A0 IN platform will underpin the upcoming cars from Volkswagen and Skoda like the VW Taigun and the Skoda Vision IN. Talking about the Rapid, Skoda introduced the BS6 compliant Rapid in May 2020 and since then, its base-spec Rider variant has been in the news. Mainly because of its disruptive pricing. It garnered so much attention that the company had to halt its bookings for a short while and had to introduce the Rider Plus variant. Skoda Rapid is currently available in five variants, namely, Rider Plus, Ambition, Onyx, Style, and Monte Carlo with prices starting at INR 7.99 (ex-showroom, India). Skoda had priced the Rider variant at Rs 7.49 lakh, which was even cheaper than the Hyundai Grand i10 Nios Turbo which is priced from Rs 7.75 lakh. Even with a starting price of Rs 7.99 lakh now, the Rapid continues to remain the most affordable sedan in its segment.

Also read: Skoda India Registers Trademarks For Five Names; Might Use it For its Upcoming Compact-SUV 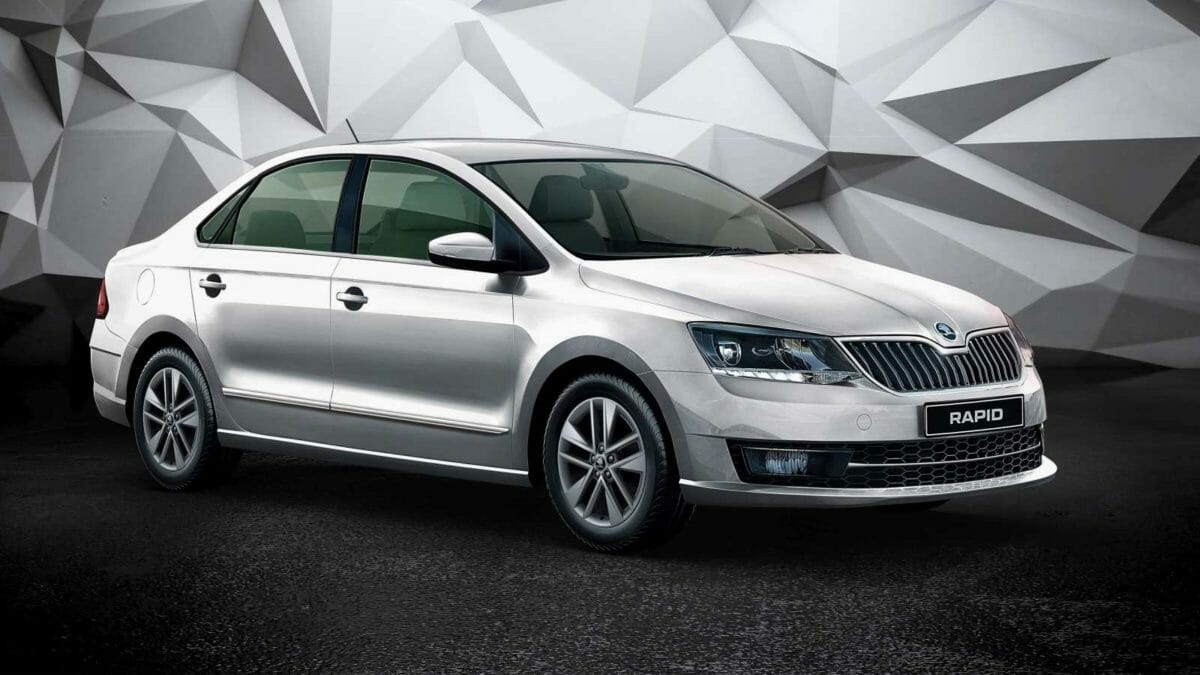 We can expect the new upcoming sedan from Skoda to be bigger than the Rapid and also, pack some more features because when it comes to that, Skoda offers only bare essentials with the Rapid and it isn’t enough to keep up with the competition because it includes the likes of Hyundai Verna and Honda City, both of which are packed to the gills with modern-day features. We expected Skoda to roll out a facelift version of the Rapid in 2021 but seems like, that won’t be happening. But to our joy, we might be getting an all-new sedan. Another assumption is that, Skoda might continue selling the current-gen Rapid alongside the upcoming sedan. Just the way Honda is pulling it off with the City.