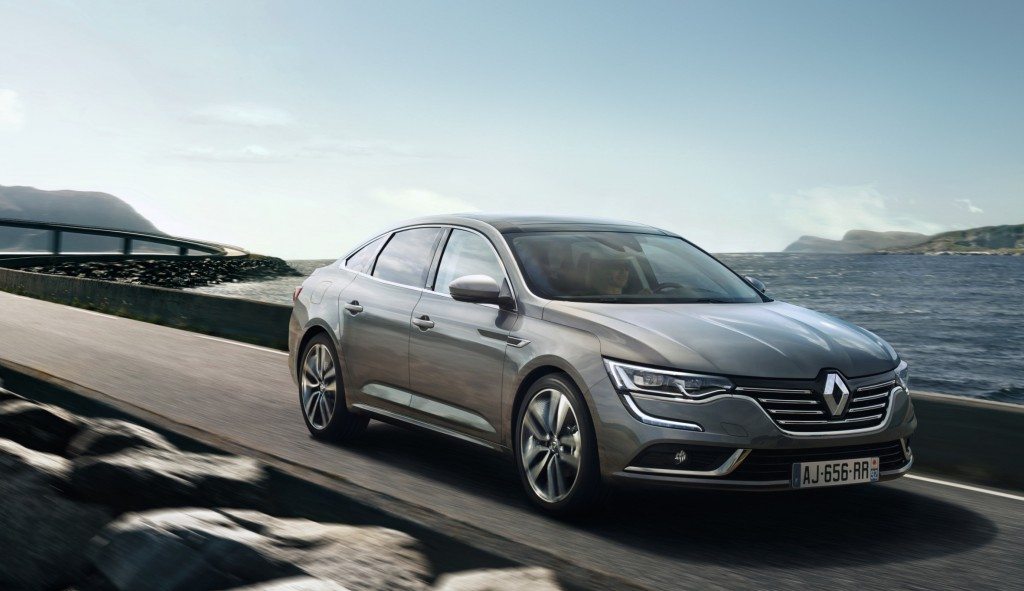 The new Renault Talisman executive saloon is here, and aims to stir up Europe’s burgeoning D-Segment.  Based on Renault-Nissan’s Common Module Family (CMF) platform, the Talisman is set to replace the slow-selling Laguna.

Following its unveil to the media on 6th July, 2015, the Renault Talisman – along with the Estate version – will be presented at this year’s Frankfurt Motor Show, which opens its gates to the public on 17th September.

The Talisman will be available for sale in Europe at the end of the year. There is no current plan for Talisman to be sold in the United Kingdom or Ireland.

The Talisman’s front end is characterised by the distinctive chrome grille featuring the brand’s upright diamond logo.The new  C-shaped daytime running lights, which extend right down to the bumper, conform with Renault’s new visual signature. Depending on the version, the Talisman can be equipped with 100% ‘pure vision’ LED headlights. The Talisman is 4.85 metres long, along with a width of 1.87 metres, while the new saloon’s Cd is a low 0.27.

The three-box side profile is enhanced by the presence of the third side window, while a chrome strip runs the perimeter of the side windows and another on the moulding that straddles the front wing and door. The low, broad-shouldered rear incorporates tail light clusters that extend inwards towards the centreline of the boot. The 3D-effect lights are always switched on – even during the daytime. 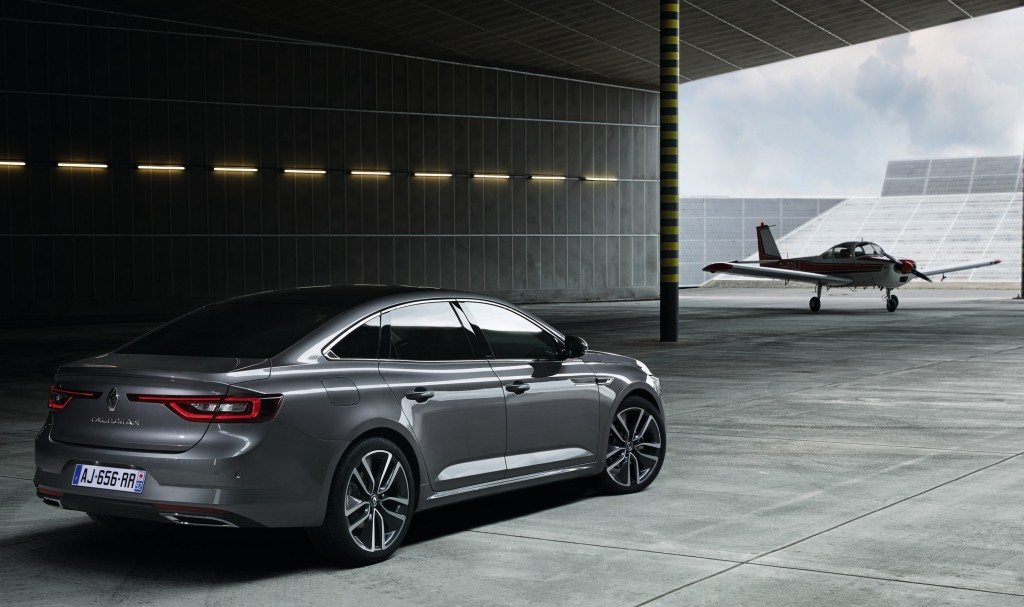 Exclusive to the range topping INITIALE PARIS trim, are a few exterior styling features that include exclusive Améthyste Black metallic paint, in addition to the other available colours, specific 19-inch wheels, specific badging at the front (beneath the Renault logo) and at the rear in place of the Talisman badge. 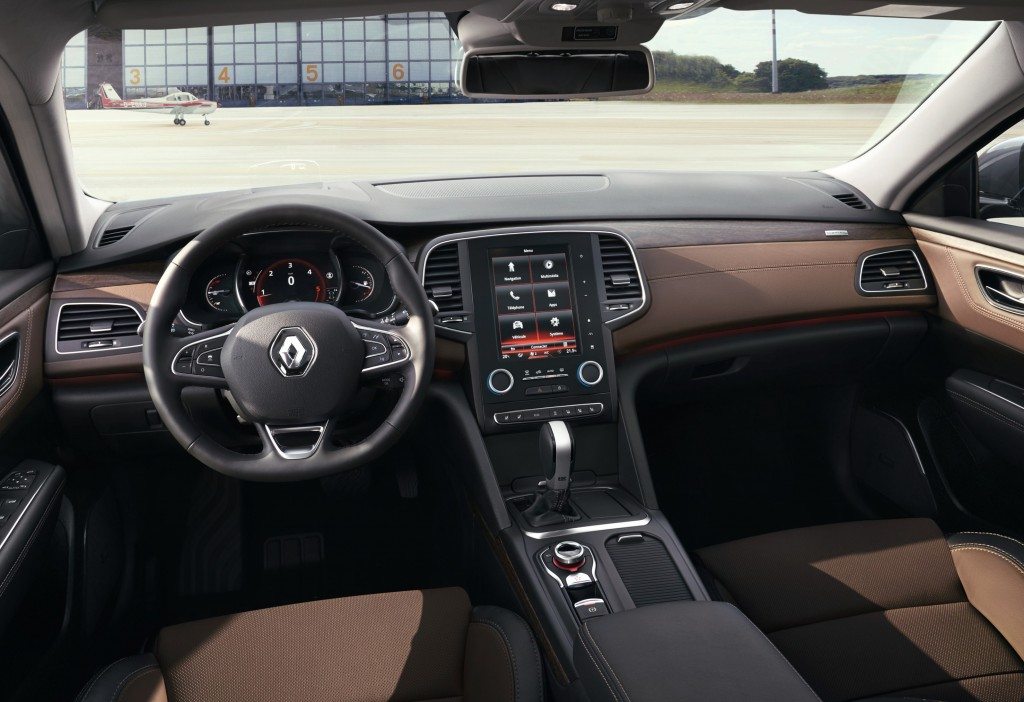 While the interiors are claimed to be the roomiest in its class, along with more than 25 litres of cabin stowage space, its lacks the quirkiness and effervescence associated with French cars. Instead, its very assertive and focussed in here. Visually, the cabin is divided into three horizontal planes, which serve to structure the space within the vehicle.

Innovation lies in the application of the trim – while areas closest to the occupants feature soft-to-the-touch trim, elements that are further away are deliberately treated in a ‘cooler’ manner in terms of colours and materials. Lastly, the combination of particular colours and a variety of different materials creates different interior ambiences. Meanwhile, the boot capacity of 608dm3 (VDA) is one of the segment’s biggest. The 60/40-split bench has a hatch to enable skis to be carried, and the two outer seats are equipped with a rotating headrest, which can be retracted and turned to free up the driver’s rearward line of sight. 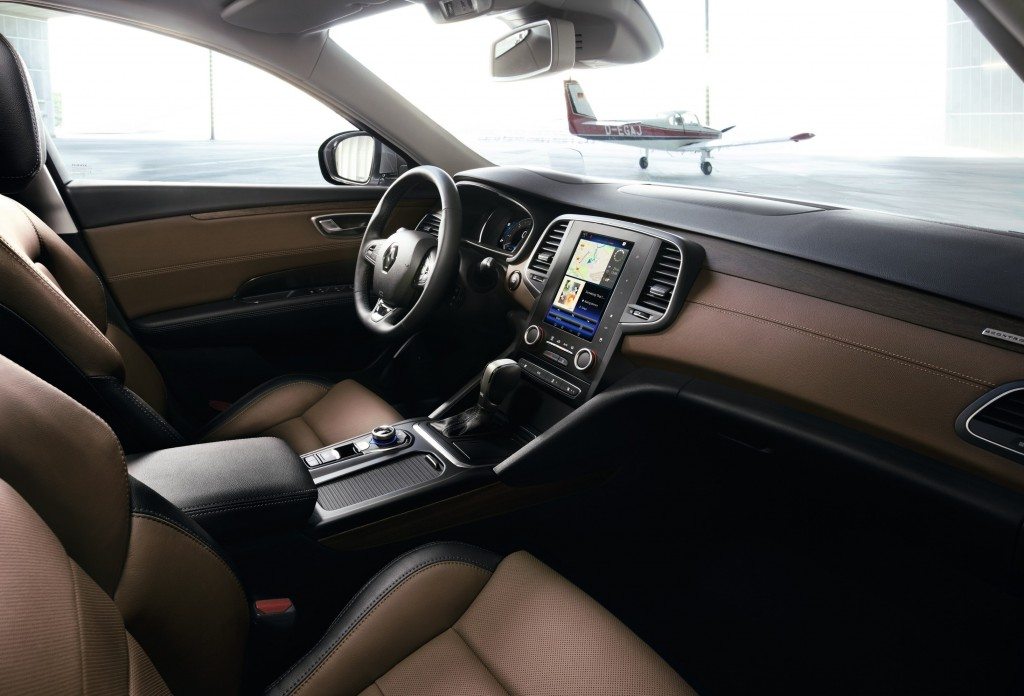 Other notable luxury appointments in the Initiale Paris version include heated, massaging front seats with 10-way adjustment (eight of which are electric), laminated side windows for improved acoustic comfort, and Initiale Paris badging inside on the door sills, steering wheel insert, top of the front seat backs (embossed) and decorative trim on the back of the front headrests.

The Talisman comes with three types of multimedia equipment. The entry level model is equipped with a car radio featuring a 4.2-inch (11cm) display. The signal also carries information in text format, such as a description of what is playing, weather and traffic updates, latest news, etc. 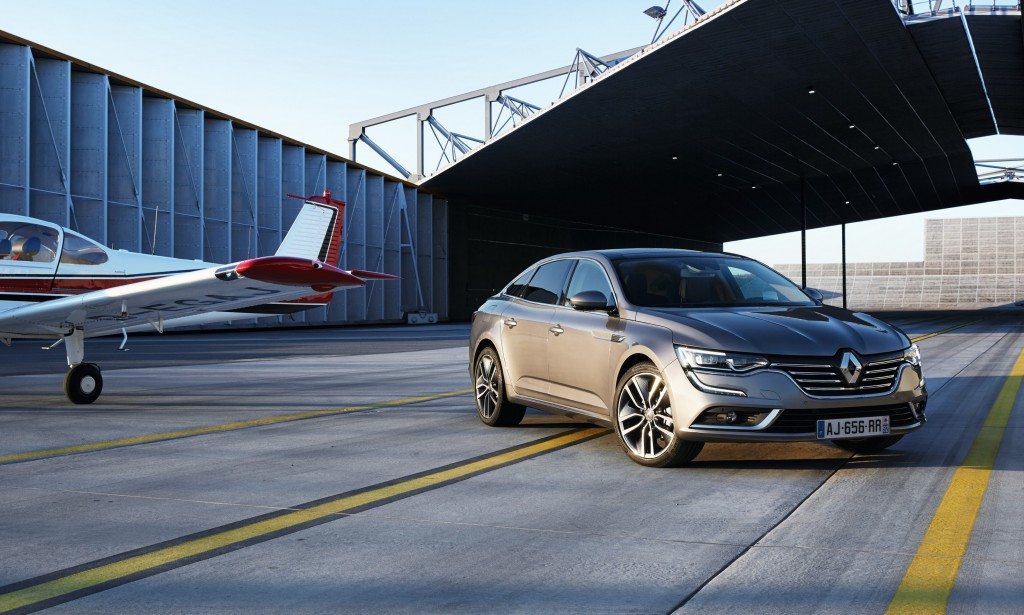 The Talisman is powered by a range of small-displacement, petrol and diesel engines, which includes the Energy TCe 200 petrol unit and the Energy dCi 160 and Energy dCi 130 diesel units that can also be specified for the new Espace. The engines benefit from direct petrol injection and steel pistons, incorporating either one or two turbochargers, Stop&Start technology and energy recovery under braking.

The two petrol units and three diesel powerplants all comply with Euro6 emissions legislation, with all of them being fitted with NOx Traps and a particulate filter. The two petrol engines – Energy TCe 150 and Energy TCe 200 units will be exclusively mated to a seven-speed dual-clutch EDC automatic transmission. 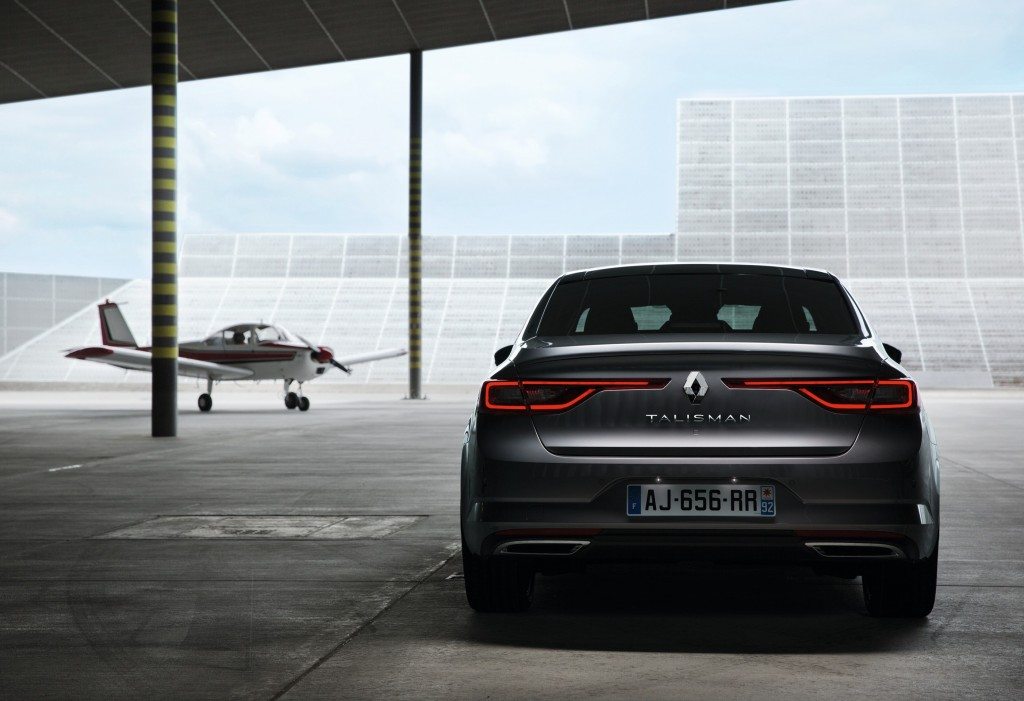 The Talisman benefits from combination of 4Control technology and active damping. Like the new Espace, the Talisman is equipped with Multi-Sense technology, which is responsible for operating the 4Control system, active damping, steering, engine and EDC transmission. It also covers the instruments, engine sound and ambient lighting. The Talisman provides access to its occupants’ desired mood in the form of four pre-programmed settings: Comfort, Sport, Eco and Neutral, plus a fully configurable Perso mode. 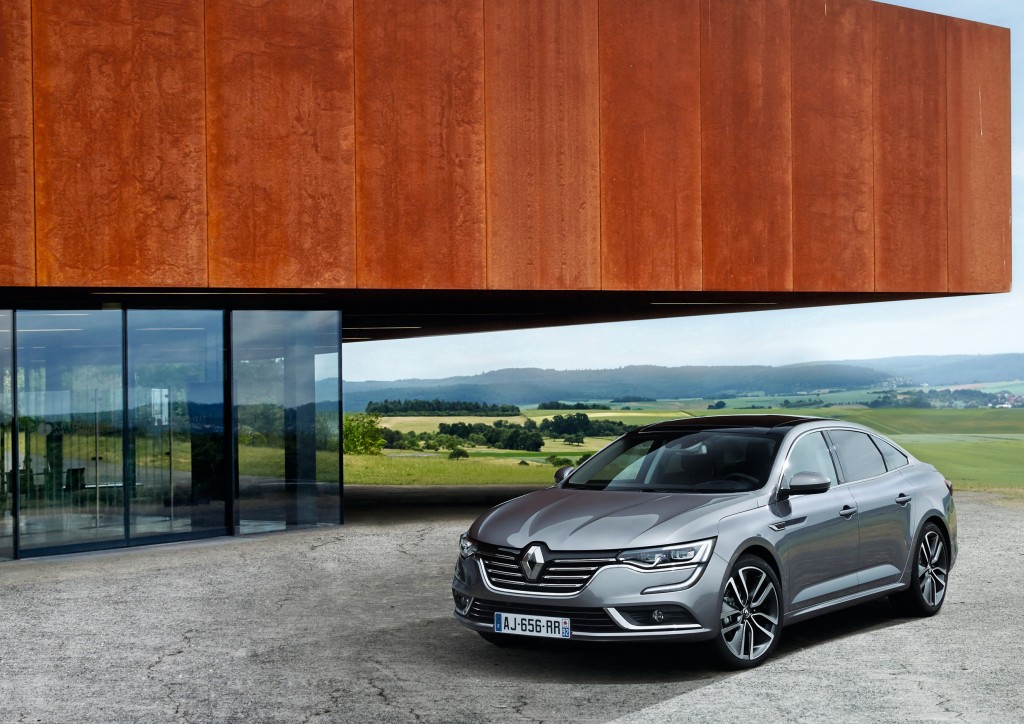 RENAULT TALISMAN AT A GLANCE

The Renault Talisman, together with the Estate version – which features the same qualities as the saloon – is poised to play an active part in the renewal and upgrading of Renault’s high-end range. Both vehicles will be manufactured at the firm’s Douai plant in France.

Following its unveil to the media on 6th July, 2015, the Renault Talisman – along with the Estate version – will be presented at this year’s Frankfurt Motor Show, which opens its gates to the public on 17th September.

The Talisman will be available for sale in Europe at the end of the year. There is no current plan for Talisman to be sold in the United Kingdom or Ireland.