The German automobile manufacturer, Audi, has the knack of producing vast amounts of high-quality vehicles and delivers well for those who appreciate luxury. The all-new Audi A8 is one such offering that is bound to further improve Audi’s grasp in the luxury-sedan segment of the car market. The A8 is Audi’s response to the competition brought up by new BMW 7-Series and the reworked Mercedes S-Class. 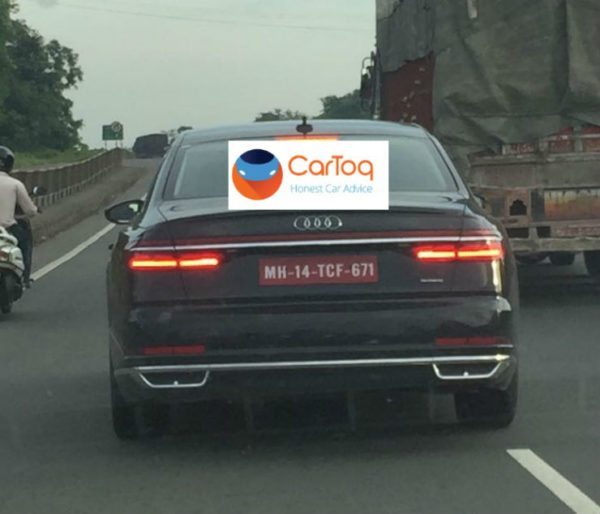 It is known that the new A8 will be offered in a wide range of petrol and diesel variants along with a hybrid variant as well. The diesel variant will be equipped with a 3.0-litre V6 engine producing 282 bhp while the petrol variant sharing the same capacity engine will generate higher levels of power output of 335 bhp. Adding on to the iterations, there will also be a 4.0-litre V8 diesel engine churning out 429-bhp of power and a 6.0-litre W12 engine as well. The possibility of the latter configuration engine being available for India is less-likely along with the hybrid variant of the A8. 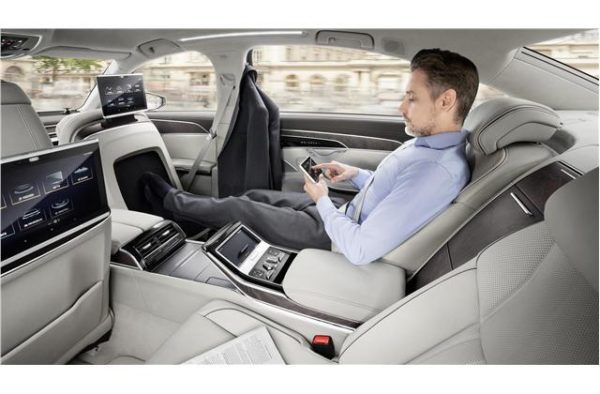 The new Audi A8 gets a lot of tweaks and tuning done and is loaded with a host of new features. HD Matrix LED headlamps with Laser technology and a redesigned OLED tail lamp cluster add to the premium look of the A8. There will also be an all-new dashboard layout encompassing a 10.1 inch touchscreen infotainment system. Since it’s a luxury sedan, Audi has pushed a lot of new comfort features in the A8 such as the addition a rear seat massage system along with a foot massage system, making the A8 stand-out and redefine luxury.

Audi has also taken good care of the technology front as well for the A8. The new A8 will be upgraded with a pilot driving system, which allows the car to drive itself up to a maximum speed of 60 kmph on broad highways. But, factoring in India’s rough roads and ever-changing traffic conditions, it is highly unlikely that the pilot driving system will be introduced in the country. The Audi A8 will be featuring an adjustable MMI suspension allowing the driver to tactfully overcome the notorious potholes and unusual speed bumps found on Indian roads. A clever auto park assist system will also be featuring in the Audi A8, allowing the vehicle to park itself without any input from the driver.

Following its testing in India, it is just a matter of time when the all-new Audi A8 will be officially launched in the Indian market. Stay tuned for updates.