Actor George Clooney was admitted to a hospital in Italy after his scooter collided with a car in Sardinia. The actor was riding to work when the incident took place. He’s currently in Italy, filing TV drama series, Catch-22. Luckily, Clooney got away with bruises to one arm and knee, and is recovering at his home. Clooney’s agent told Sky News, “George Clooney was treated and released from an Olbia hospital. He is recovering at his home and will be fine.”

A photograph of the 57-year-old actor’s scooter, and the other vehicle involved in the crash was posted on Sky News. Apart from the two vehicles involved in the crash, there’s also a fire extinguisher in the image although there does not seem to be any damage caused by fire. The source report, citing local media, added that a CT scan showed suspected trauma to his pelvis, and slight trauma to one knee. 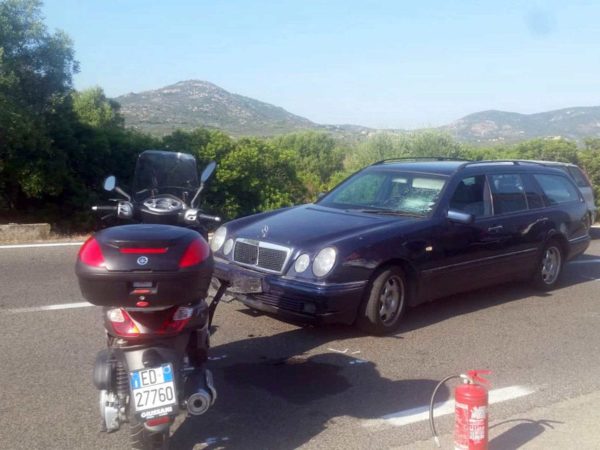 A spokesman for the Italian police said, “At 8.15am George Clooney was riding his scooter on the State Road 125 towards Olbia from Puntaldia. A car (a Mercedes E SW) did not respect the right of way and hit him. George Clooney fell and slammed the windshield of the Mercedes. The car driver called the 112, the emergency number of Carabinieri, and they sent the Municipal Police, an ambulance and the Fire Dept. MRI was negative, and he is not seriously injured. George Clooney has already been discharged and he stays well.”

We hope Clooney recovers from his injuries soon.