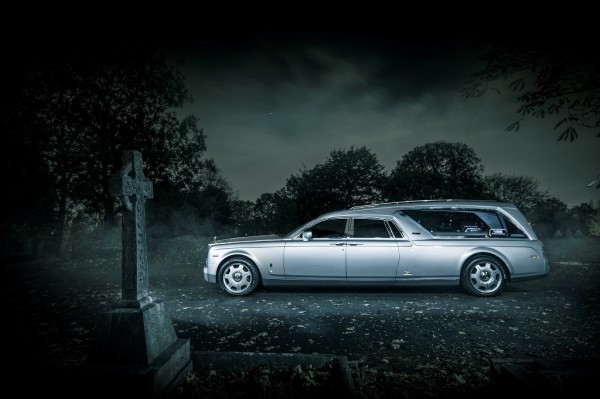 A Rolls-Royce Phantom hearse is a pretty ostentatious chariot to ferry the dead. Well, now you earthly remains can travel in style as United Kingdom based A. W. Lymn, a family run funeral company who already run a funeral fleet of 39 Rolls-Royce and Bentley vehicles have acquired this one-of-a-kind Phantom Hearse. Costing $800,000 to build and taking a number of years to bear fruit, this is the first Rolls Royce Phantom Hearse in the world available to hire. This new unique addition brings the current Phantom fleet to 11 in total.

With an imposing length of 23 feet, this Phantom Hearse is longer than even the long-wheelbase version of the sedan. According to builder Biemme Special Cars, the vehicle’s tail is constructed entirely of aluminum using over 600 new elements. The same 6.75-liter V12 engine producing 453 horsepower is retained from the standard Phantom. 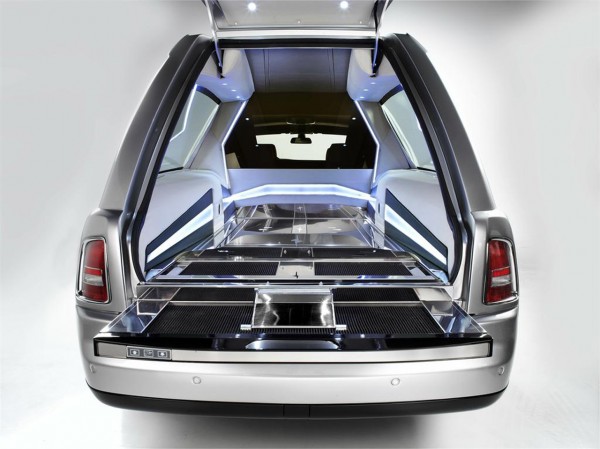 GFWilliams Photographer recently did two shoots to celebrate the arrival of the new Phantom Hearse, one in the graveyard in which the founder of the company was buried and one in the busy Market Square in the centre of Nottingham in the United Kingdom. As today is Halloween, these images hold appropriate!