The tag of India’s youngest Motocross rider was once held by Yash Mohan Pawar who started racing when he was eight years old. Not too long back, this title was taken by Sarthak Chavan who twisted the throttle when he was seven.

Now, at the age of six, Raheesh Khatri, has become India’s youngest Motocross rider. Like his father, Mudassar Khatri, who is an passionate racer himself, Raheesh also is an enthusiastic racer. 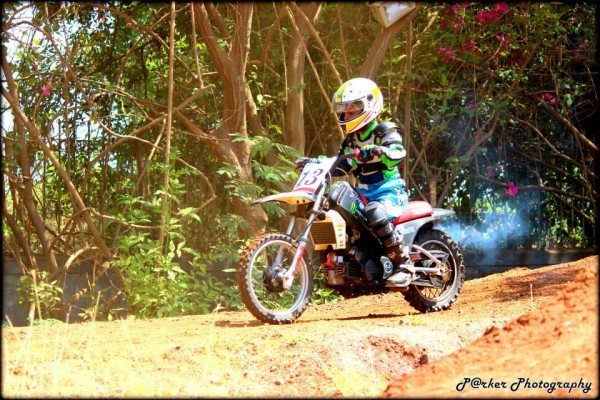 Expressing his views on Raheesh’s passion for Motocross racing, his father said, “Raheesh Khatri has learnt to breathe, walk and talk bikes since a very tender age.”

Raheesh got his first hand on experience at dirt biking at the age of 6. It took several falls, exhausting practices, tedious physical training sessions for Raheesh to participate in the second round of the All India Biking Championship. The six-year-old Raheesh became the youngest rider in India to have participated in the Championship. 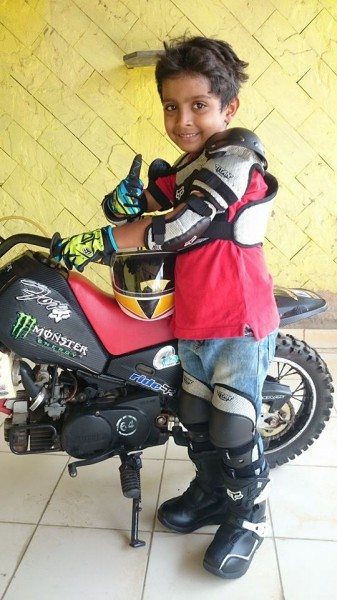 Besides his father, Raheesh idolises his favorite MotoGP riders – Valentino Rossi and Marcques and is strongly determined to represent India in this form of sport.

You can catch Raheesh spreading his magic on two-wheels at I-Land Racing Academy in Wadala where he practices every weekday.